Blazing a path
When it comes to navigating some of the West's iconic trails, you can thank this guy 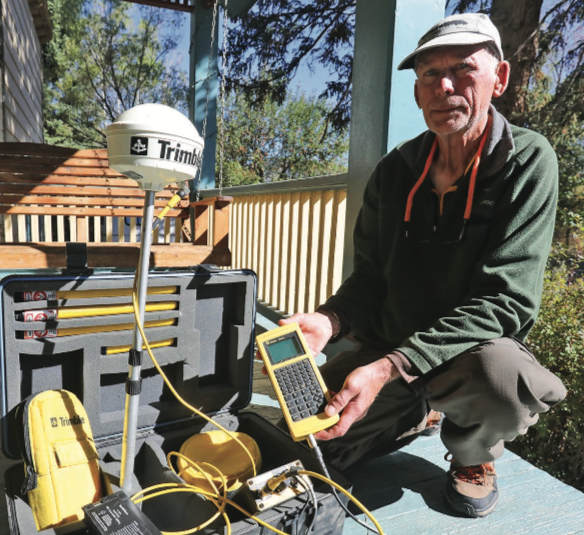 Jerry Brown and the original GPS tracker used for his 2000 CT mapping mission. The GPS unit and battery weighed 27 pounds – a far cry from the 3 - 6-ounce contraptions of today./Photo by Steve Eginoire 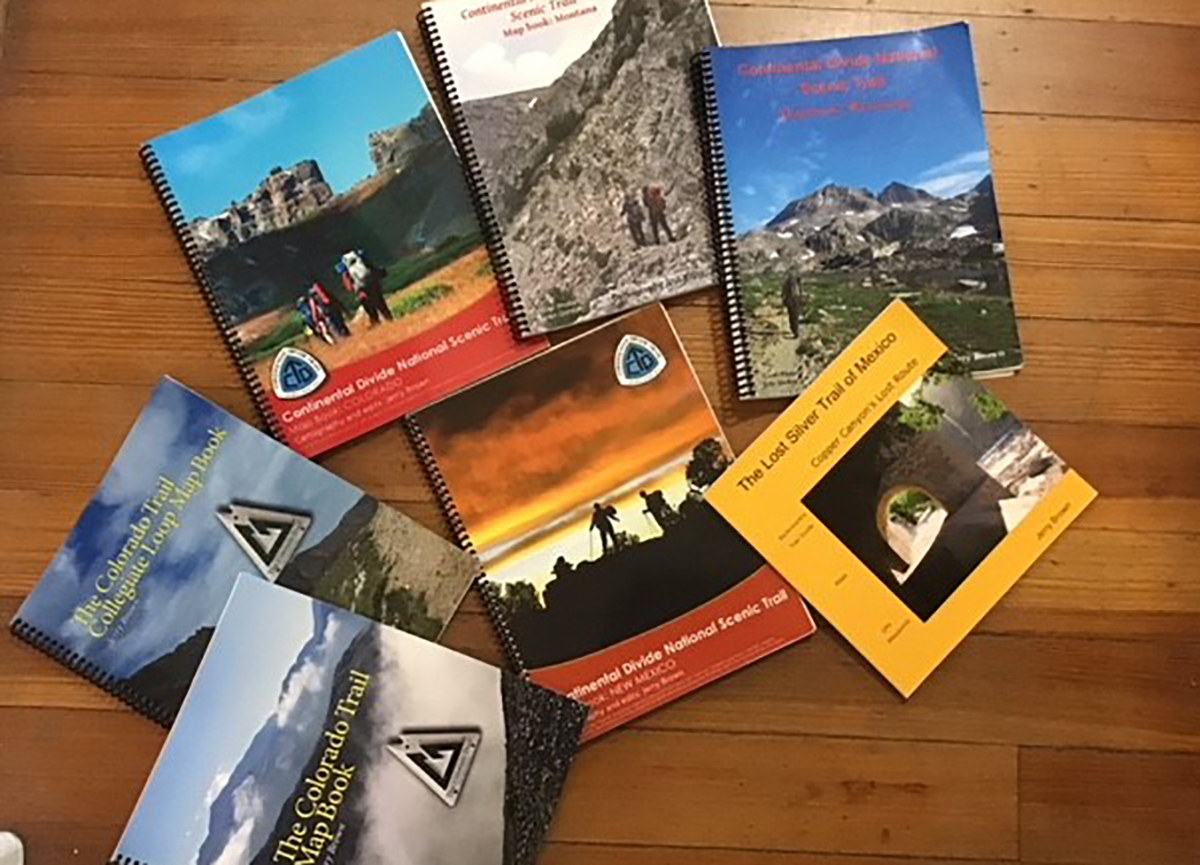 Johnny Cash may have been everywhere, but Durango resident Jerry Brown might be a close second. Although not exactly a household name like the other Jerry Brown, the Durango Jerry Brown perhaps should be – at least among fans of the Colorado Trail. Beneath the local cartographer’s unassuming fleece and Carhartt exterior, you’ll find an impressive mapping resume longer than the Colorado, Continental Divide and Copper Canyon trails combined.

Not only that, but Brown, 69, has laid down an impressive seven completions of the 500-mile Colorado Trail – the most recent completed this summer. Although official record-keeping isn’t kept, let’s just call it one for the Guinness book.

“We don’t keep records, but we think it is the most completions,” Colorado Trail Foundation Director (formerly of Trails 2000 fame) Bill Manning said.

In addition to this, Brown lays claim to an even bigger personal accomplishment: fastest CT completion on bike.*

*The year was 1990. The Colorado Trail had been dedicated a year earlier, and a young adventurous Brown decided to traverse it on his trusty, fully rigid, Merlin titanium. Modern bike-packing as we know and love it had not been invented, mind you, nor tubeless tires and fancy air cartridges. So he loaded his bike down with road panniers and mailed himself freeze-dried food, bike tubes and other supplies to post offices along the way.

We know – the horror.

“I had to repair a tire almost every day,” he said. “I was carrying a ton of weight. No one knew how to tour on a mountain bike back then. It was really difficult. I’m sure I walked as much as I rode.”

Brown said he could go days at a time without seeing another soul. And the map, which basically amounted to a red squiggle issued by the U.S. Forest Service, was rudimentary at best. As a result, Brown was forced to summon his inner Eagle Scout and rely on good old-fashioned compass orienteering.

There were a few folks, including a sheriff from Sagauche, who thought Brown was downright loco. The sheriff had been called out to search for a lost hiker when he encountered Brown – a two-wheeled, bearded apparition emerging from the woods on Sergeant Mesa.

“He asked me, ‘what the hell are you doing out here? God damn, I thought I was hallucinating,’” Brown recalled.

Brown assured the man of law he was not hallucinating, and that indeed, he was out there on his own volition.

“He told me I was really stupid to do it alone,” Brown recalled. “And I told him, ‘well, you ride that horse alone.’”

Undaunted – in fact, reveling in the solitude – Brown emerged at Junction Creek 18 days after starting. He was 20 pounds lighter but weighed down by some indisputable if not short-lived bragging rights: being the first – and fastest – bike to finish the trail.

“I had the fastest known time, because I was the first one,” said Brown.

In fact, completing the trail was so new that during the trail’s first three years (1988-90), only 20 people officially finished it (compare that to 287 so far this year.) Part of that disparity, undoubtedly, is due to modern route-finding. “The first map and guidebook came out in 1988,” said Manning. “They were all based on hand-drawn maps.” Manning said there was a lot less precision, and the map wasn’t always right. In addition, signage and markings were pretty much nonexistent. “Many of the intersections were not signed yet. Trail users really had to utilize map and compass skills,” Manning said.

Although Brown returned repeatedly to hike all, or sections of, the CT on foot over the years following his first ride, it would be another decade before he returned on bike. By that time, technology had caught up with mapping, with the arrival of GPS and the hand-held Garmin. In 2000, the Colorado Trail Foundation – of which Brown was a member – decided to get real and map the entire trail using GPS. They wanted to use a Garmin – an inferior method that made Brown shudder in his hiking boots. “I told them I’d do it using my GPS,” he said.

So once again Brown, ever a glutton for heavy-duty – emphasis on heavy – adventures, set out from Denver to Durango. Although bikes and gear had gotten lighter, it was of little consequence. The GPS – think the massive lollipop of yesteryear – and battery, about the size of those used in old camcorders, clocked in at 27 pounds. And with a battery life of a few hours, Brown was constantly in need of resupply. Nevertheless – with the help of some good, battery-wielding friends and volunteers along the route – he completed the mission.

Brown’s resulting map and guidebook became the gold standard for CT users and is still the official map of the Colorado Trail Foundation. In fact, any map of the CT – be it digital, map or book form – contains the data collected by Brown.

“The GPS trail survey helped out greatly. It helped our organization refine the books and maps and helped trail users follow the route with much more confidence,” said Manning.

But as we all know, this wasn’t the end of the trail – but only the beginning. With the arrival of the smartphone, we went from maps to apps. Brown began working for app developer Guthook Guides, refining not just the CT map, but mapping the 3,100-mile Continental Divide Trail, which stretches from Canada to the Mexico border. Today, the Guthook apps are the only two apps for either of these trails, according to Brown.

In addition, Brown also took his skills south of the border, mapping the Lost Silver Trail of Mexico – the one made famous by the 2011 best-selling book Born to Run. The 125-mile trail was used to haul silver out of Mexico’s famed Copper Canyon until 1908. Since then, it fell into disuse and utter obscurity – travelled only by the area’s Tarahumara Indians. “I was with a group that ‘rediscovered’ it and made a map in 2005,” he said. “My first published guide was for this route. We did it on mountain bikes.”

Today, not only are the bikes better – Brown now rides a full-squish Salsa, although he still has his Merlin – but so is the mapping technology. Brown says he’s all for it – making a change on a digital map is much easier than making one on a printed map, he points out.

“It’s much easier than republishing and trying to update,” he said.

Plus, for all you weight weenies, a smartphone is lighter than a large, unwieldy, waterproof map or guidebook.

On Brown’s latest trip of the CT this summer, which he did on foot, he snapped thousands of pictures to be integrated into the app, showing virtually every intersection, water source and twist and turn along the trail.

“The phone app is very popular,” said Manning. “It’s the first tool that tells someone at a glance that they took a wrong turn.”

Nevertheless, Manning points out that even with all the gadgetry, it is still possible – and quite likely – for people to get lost out there.

“It’s still pretty common for someone at some point during the 500 miles to get off the trail at least a few times,” he said.

But then again, some (Brown included) would argue that getting lost, at least in a figurative way, is the reason for getting out there in the first place.

“Oh, I’m not done yet,” he said, joking that his latest trek “almost killed me.”

After all, anytime a map change is needed, there’s no doubt Brown won’t be able to resist raising his hand for just one more excursion. “The Colorado Trail’s gotten a lot better, but I think I’ve slowed down,” he said. “I might just do 10 miles at a time instead of the whole thing.” 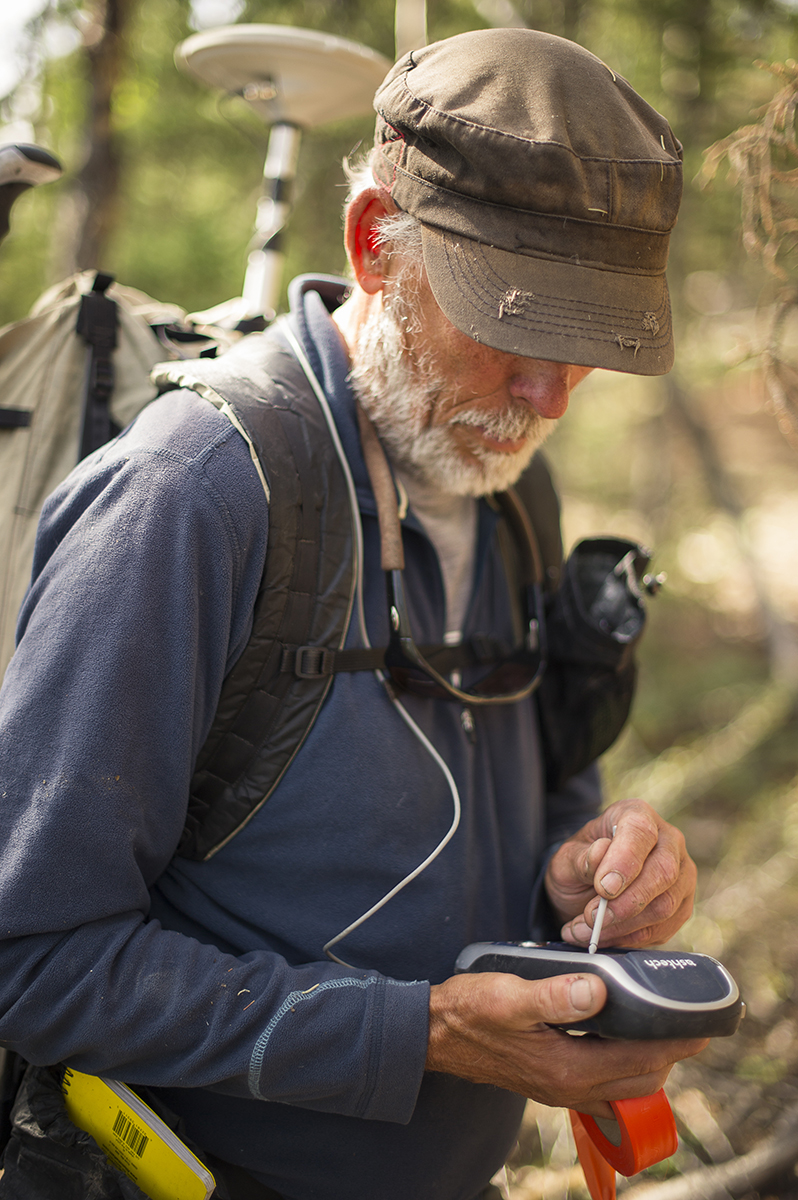 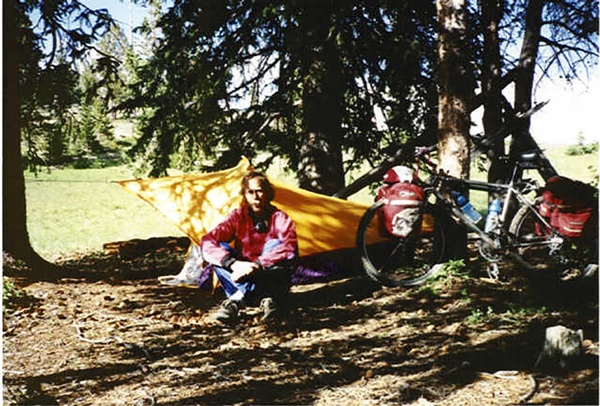 Top: The trusty Merlin from the 1990 mission. Above: camp at Silver Creek (Day 11). Right: Brown mapping the CT in 2013./Photos courtesy Jerry Brown 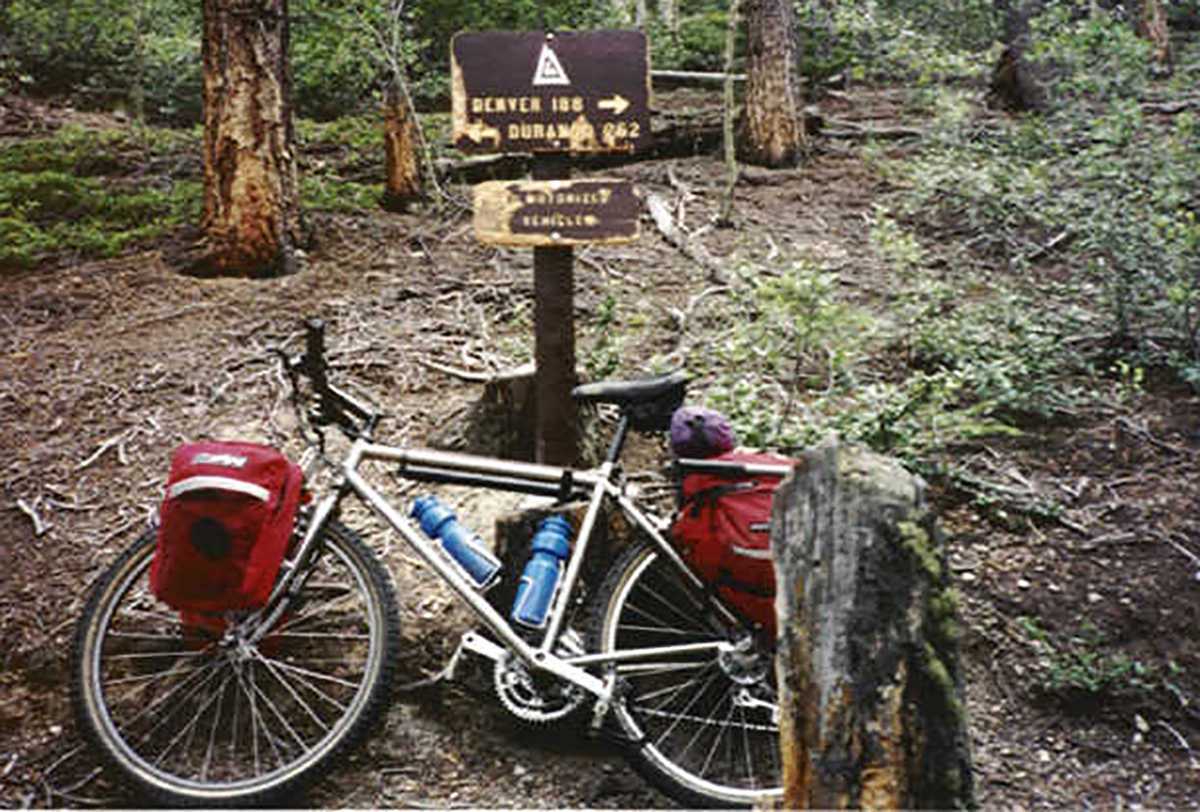