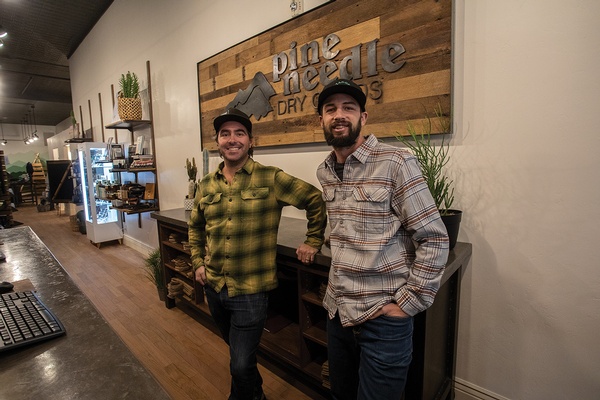 In full disclosure, I have been a card-carrying member of the Cult of Chouinard since the sixth grade, when my dad bought me my first gray fleece Patagonia pull-over from the then-obscure brand. That was the beginning of a long and torrid affair with Patagonia Baggies, Stand-up Shorts, Expedition Weight long undies, drytops, sports bras, socks (I’ve had the same pair for over a decade) and anything in those early teal and purple trademark colors. I even so loved the brand that I spent more on my Patagonia ski jacket than my wedding dress. After all, a wedding dress you only wear once (or maybe twice, although I presume it’s tacky to recycle such things.) But a Patagonia ski jacket: that’s forever.

Thus, as you can imagine, I practically ruined my Gore-tex britches at the news that Pine Needle Mountaineering was opening a Patagonia-specific shop across the street from its flagship store. A Pineagonia, if you will.

Yes, after years of a slimmed down selection of goods, Durango would have its very own Patagucci store, in which to paw, lust and drool (not literally) upon the wares.

OK – maybe I’m taking this a little too far. But judging by the looks of it, I am not alone.

On Mon., Nov. 12, the new Pine-agonia (which is properly called Pine Needle Dry Goods before this thing gets too far gone) opened its doors at 858 Main Ave. And despite – or perhaps in spite of – it being a cold, dreary November afternoon, the store was buzzing with folks: shoppers, looky loos, well wishers and died-in-their-teal-Capilene hard-core junkies.

The surprise snow – the first in town this season – probably didn’t hurt either.

Impressed by the crowd, I asked manager Marty Emmes if anyone had pressed glass at the store that morning.

“No,” he replied, but the window washer (probably removing smudges from previous glass pressers) left the door unlocked for just a second over the weekend. “Before I knew it, we had 15 people milling around inside,” he said.

So, even though the store’s first official sale (if you must know, a womens Better Sweater vest and that’s all we’re saying; it was a present) took place Monday, the first unofficial sales took place last weekend. Sorry, glass pressers.

Dakan, who bought Pine Needle with wife, Ashley Gonnella, in 2012, said he began planting the seed for a Durango Patagonia “partner store” with the corporate powers that be in 2013. He said Patagonia, with its use of recycled materials, legendary repair and warranty policy, “Worn Wear” program to keep products in circulation longer (which, unfortunately, Dry Goods will not offer, at least initially) and attempts to reduce its environmental footprint all played into the decision.

“Obviously, Patagonia has been a front runner environmentally, and we appreciate their vision,” Dakan said.

“Climate’s a big concern,” added Ashley. “I’ve always admired Patagonia and how they find something they’re passionate about and go after it. They are dedicated to trying to change the course of the way things are going.”

Plus, moving the Patagonia goods out of Pine Needle would free up more space for other up-and-coming brands and features (like the “pick-your-own-puffy” kiosk. Pure genius.)

“(Patagonia) is cranking, and so is Kuhl, Prana and all of Pine Needle’s other brands,” said Jeremy. “There’s only so much space, and at a certain point, the shopping experience gets sacrificed. There’s so much stuff, you start to go cross-eyed. This will give the guys across the street room to spread their wings.”

The idea behind the Dry Goods store is to offer the same familiar Pine Needle experience in a more open, modern and user-friendly format.

“Pine Needle is 43 years old; it’s got character,” said Jeremy. “It’s still going to be our ski and climbing shop, but I hope we can transfer some ideas over here.”

But more so than giving the flagship store more breathing room, the new store is about giving back. It’s about conscientious consumption over  conspicuous consumption.

“First and foremost our focus is on people doing good – product with a purpose,” said Jeremy.

“It’s about giving back, socially and environmentally,” Ashley continued.

To that end, in addition to Patagonia, the Dry Goods store also features lesser known brands with altruistic or sustainable goals.

“We picked stuff we think is fun and different and has a story to tell,” said Jeremy.

For example, a small San Francisco-based sunglass company called Sunski (alas, not the Sun Ski of your ’90s ski bum glory days) that makes their frames from plastic recycled from the medical industry. Not only does the company give back 1 percent for the environment, it also shares its proprietary recycled plastics with other manufacturers.

“It’s all done out of a tiny house in San Francisco; these guys have some great ideas,” said Jeremy.

Other brands include Boulder blanketmaker Trek Light, which plants a tree for every blanket sold, and small colloquial guide books written by local writers and outdoorsy types. There is also Purpose jewelry, made by victims of sex-trafficking trying to rebuild their lives and Handsup Global Goods, which employs young men in Haiti.

And all this is but a mere sampling. There are countless other small brands, and the list is growing. “We’re looking for more brands that are giving back,” said Ashley (hint: if you happen to know any, let her know).

In addition to giving back to the world and environment, the store is also looking to give back to the community. Local builders were used for the remodel, and Durango fine craftsman Andy Barber built the store’s custom concrete counters and metal display racks. Even the wood in the store’s sign was repurposed locally. The store is also planning to work with local nonprofits on hosting events, like movie nights and fund raisers.

“Just being involved, that format works for us,” said Ashley.

“We’re fortunate we have a town that backs us up,” adds Jeremy. “I think we’re onto something.”

In other words, we all have to buy stuff eventually, for whatever reason. The butt in those Baggies finally blows out; the Gore-Tex in the beloved shell leaks like a sieve; the purple and teal went out with big bangs and gaiters on the outside.

It’s OK. But if you’re going to spend your hard-earned money, you may as well make it count.

“It’s all about stretching your dollar further. You’re buying something but doing more with your money,” said Ashley. 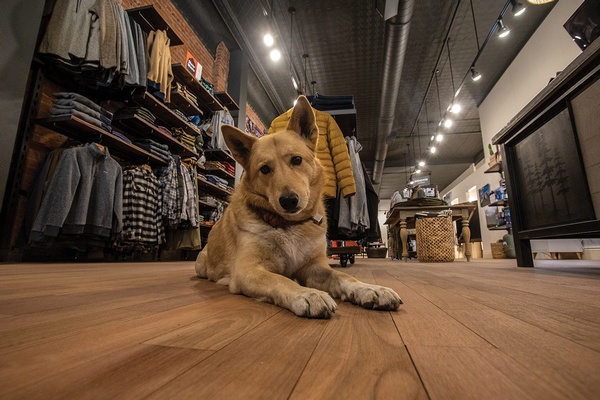 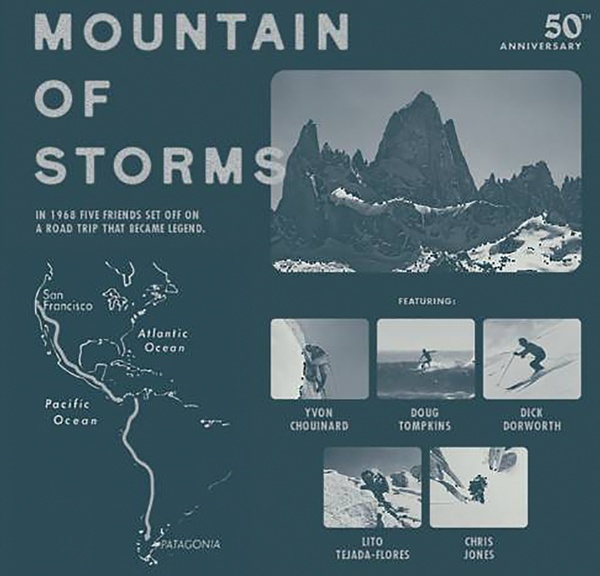 Before Matchstick Productions, Teton Gravity Research and even Warren Miller, there were five dirtbags in a van setting out for South America from Northern California. The year was 1968, and the plan was to surf, ski and climb their way to the mythical land of Patagonia, in Southern Chile – all while capturing the exploits on a 16 mm movie camera.

These weren’t just any dirtbags, though. The five amigos were none other than future outdoor gear moguls Yvon Chouinard and Doug Tompkins – who would go on to Patagonia and The North Face fame, respectively – as well as legendary rock climber Chris Jones, Dick Dorworth (U.S. Ski Hall of Famer) and Lito Tejada-Flores (founder of Telluride’s Mountainfilm.)

And the resulting footage, a film called “Mountain of Storms,” was not your typical dude-cation. Rather, upon arrival at their final destination, the five put up the first ascent of Cerro Fitz Roy’s famed Southwest Buttress, now forever known as the “California Route.” When first released, the film became an instant cult classic, leading the route for the entire adventure film genre.

Now, 50 years after its release, Patagonia (the clothing company) is re-releasing the film, with showings at its stores across the country. In addition, it will also be selling the film online at patagonia.com. Curiosity piqued (and peaked)? Watch the “Mountain of Storms” trailer here: youtu.be/Rhtq8rYeLz4.