Crappy New Year!
If you can't stay on the wagon, you can at least get off the struggle bus a little sooner 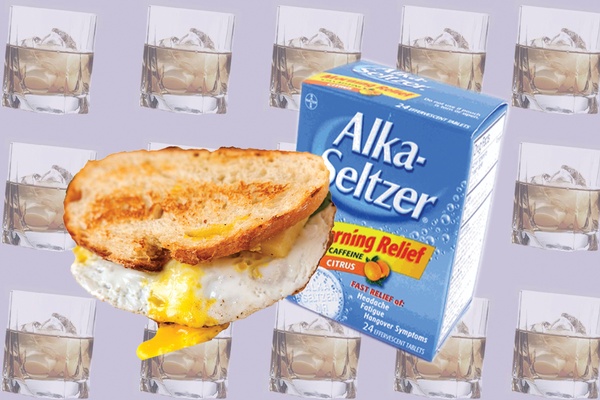 So thirsty (it’s so early!) you would kill your dog for a glug of water. Four hours later you wake again, this time with a headache that may as well be an open wound. An acidulent stomach churns upward. Bloody eyes are stuck. Your leggings have rips at the knees. As you wrestle to the bed (from the floor), you realize your shoes are still on.

In finality, you are a loathsome, fall-down drunk, and no amount of Advil or egg soup will soothe this specter of doom. Guilt inflames lethargy, or is it the other way around?

Shame is such a shitty feeling, especially the first day of a bright, new year. It’s an insulating fear, so it is best to answer all your text messages quickly, so your friends know you’re still alive. Then, turn your phone off and stay in bed. Which is where I am, dear reader. And if I may add, nothing’s more debilitating than trying to write about a hangover while in the midst of one.

But I’m getting ahead of myself.

There are two explanations for a hangover, a short one and a long one. The short one hardly needs to be mentioned: a person gets a hangover because he or she drinks too much. The long one is predicated upon the way the human body functions. We all know this.

I’d prepared this year not to be hung. How? First off, I did what I never do: I ate a really fine breakfast on the eve of. I drank a six-pack of Pedialyte during the day to ward off any pre-existing dehydration stemming from the previous nights’ drunk. Secondly: the celebratory drink of choice was not to be the usual Maker’s Mark Manhattans. Why? Congeners, the toxic chemicals formed during fermentation, are thought to be widely responsible for nut-cracking headaches; bourbon drinkers ingest 30 times the amount of congeners as those who drink vodka.

So the clearer the drink, the clearer the drunk. Right? We switch to Grey Goose martinis. Nothing sparkling. Nothing sugary. Just a little dirty because the brine of olives is basically the same as pickles, which means a little side-dose of electrolytes to keep things healthy-ish. That’s the plan anyway.

Alcohol is toxic (intoxication, duh). It’s thought to destroy your body’s electrolytes, dehydrates you of precious body fluids, and strips away vital nutrients. So before we step out, I swallow a couple multi-vitamins, which would choke a horse, and chase it with a nice glug of blue Gatorade and a dripping tablespoon of Pepto-Bismol (thus doing away with the prerequisite, high-caloric greasy meal).

Not so fast. Literally. She who drinks fast, pays slow. If the liver gets more booze than it can metabolize in its plodding fashion (a shot, aka 1 ounce, per hour) a hangover is pending. More than one drink per hour, and you start building up excess alcohol in your blood steam.

And therein lays the road map for trouble ahead. My first two martinis go down pretty quick. I sit out the next round with a tall glass of H2O and a small plate of cheese cubes. Good girl. But it’s the next round – and another – where I lose control (or at least count). Before I know it, it’s already past midnight, and I’m chain smoking filtered cigarettes while swaying to the Chainsmokers, my second misstep toward a serious hangover.

Most everyone knows that drinkers who smoke are inclined to smoke more when punishing the bottle. What’s never mentioned is the fact that alcohol dilates the blood vessels (producing bloodshot eyes), while smoking contracts them. The smoke more often wins out over the alcohol, contracting veins in the head and brain, which causes even more horrendous headaches and sometimes odd twinging pains in other parts of the body.

Back at the house, I’m thinking this is the last cloudy, crucial moment – between drunk and passed out, to medicate in order to stave off what’s tumbling toward me. I swear never to get drunk again, then bolt down two Tylenol with a can of ice-cold Coors (not the Silver Bullet, but the real thing) before I remember: acetominophen in combination with alcohol does horrendous things to the liver. The damage is exponential.

Damn it. I fall into a sodden, dreamless sleep and wake up tired as hell to my husband shaking my shoulders, warning me again about sleep apnea. I don’t snore, I remind him. But it doesn’t matter if I do or don’t because I’m in a mini depression, which takes us back to the beginning of last year’s final holiday.

Sorry to say that even in 2019, no one truly understands the complete anatomy of “crapulous.” Concerning hangover cures and preventatives, most of the “research” on the internet is repetitive (sometimes conflicting) nonsense. The most recent attempt in the publishing world is a cute read entitled, Hungover: The Morning After and One Man’s Quest for a Cure, by Shaughnessy Bishop-Stall (a drinker’s name if ever there was one).

Here’s a Canadian who spent 10 years roving all over the world doing research (drinking) in order to find the ingredient (or combination thereof) that will stave off the horrendous after-effects of too much “proof.” He spends a lot of time trying various tricks, everything from doctor administrated IV drips in Las Vegas to eating charcoal scraped off his fireplace (mixed nicely with a bit of milk). And why not? To avoid the heaves, the Romans chugged roasted owlet and sheep eyes and the ashes of a swallow’s beak (poor things).

Spoiler alert! Bishop-Stall’s miracle cure is a combination of stuff that, correctly assembled and administered at the proper time, wards off the nastier symptoms of overdoing it. According to him, just before sleep, ingest: a jumble of N-acetylcysteine, or NAC for short, an amino acid and immune system aid; a bouquet of B vitamins (B1, B6 and B12) to boost the metabolism; milk thistle for the liver; and frankincense. Yes, the gift to Jesus is an anti-inflammatory. But none of these changes the fact that a lack of good REM sleep produces a moody, grouchy person with little brain function. Time and rest, and a “second sleep” seem the only cure here.

For the more topical hangover distressors, different remedies work for different people. For the Australians, it’s Recoverthal and Marmite. In America, it’s coffee, Blowfish,  Tiger Balm, Gatorade and CBDs. (Whatever happened to Chaser? That seemed to work a bit.) For the Brits, it’s a full English breakfast of bangers and a couple Black Velvets. The Polish swear by pickle juice. Mexicans turn to menudo and michelada (spicy beer); the Scottish trust Irn Bru (a supplemented orange soda). For the Koreans, it’s a lot of pho. Some just stay drunk. Which might be smart.

Most MDs agree that one can avoid a hangover by not drinking at all. Duh. But if that’s not humanly possible, then water, coconut water, fresh air and eggs top the list of alleviators. Eggs are the most-mentioned food, dating from eons back, and it’s bona fide. They contain cysteine, a substance that breaks down acetaldehyde, a hang-over causing toxin in alcohol. The rest – bananas, honey, avocados, burnt toast, oatmeal, exercise – is so bland, that in a sense I prefer Bishop-Stall’s final recommendation if all else fails: “Climb, or drive or helicopter yourself to a remote hilltop in the Alps; descend into a catacomb, lie for a while in a coffin of herb- and grass-infused water poured from a boiling cauldron, emerge to be buried completely in hay, lay with the remnants of your hangover for just a bit longer, then finally arise – up and out, into the mountain air. Then you sit down for a plate of food, and some ancient orange Austrian wine.”

Right on. But seriously, the only real way to get past a hangover is to soldier your way through (especially if there’s no oxygen tank readily available). I used to think I was hangover immune, but age has changed that, and recovery takes longer (thanks, perhaps, to lower production of the antioxidant glutathione).

In any case, with my vast drinking experience, I recommend that in the future you chase the demon with a Stoli bloody, then take a hit or two off a good joint. And what’s more, like everyone else on Earth, I do have, and will reveal here, my own hangover miracle serum: Alka-Seltzer Morning After.

Brunch anyone? By golly, I crave an egg sandwich. 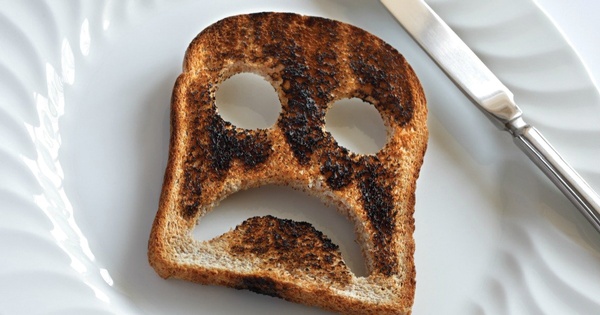 Although you may feel like sticking your head in the sand after a rough night out, the ancient Irish took this to a whole different level – quite literally. When someone was suffering from especially cruel after-effects, they were buried up to their necks in river sand. It’s not clear how – or if – this remedy worked. But, at the very least, it kept the moaning and groaning out of ear shot.