Durango After Dark: Trips to the Donut Taco Palace
And other true confessions from Shinyribs' Kevin Russell 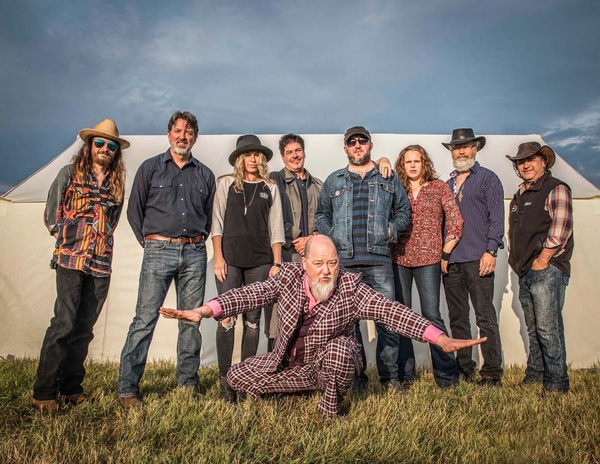 I first saw the Gourds at the old Storyville bar and remember the date well: Sept. 11, 2002. That kind of date is easy to remember. Hundreds of us jammed into the tiny space to hear these bluegrassy, rootsy Texans sing Snoop Dogg’s “Gin and Juice.” Yep. I’m one of those folks who was first attracted to the Gourds by what the band and its diehard fans divisively referred to as “that song.”

Two things stood out that night. First, the Gourds’ roadie tested the mics by rendering a solo, acoustic version of Paul Simon’s “American Tune,” echoing the somber sentiments of the 9/11 anniversary. Second, I really had no idea who this quintet was, but I liked what I’d heard on the radio. By the end of the night, I’d purchased a good chunk of their catalog at the merch booth.

The Gourds played Durango nearly a dozen times since. Most were raucous, drunken affairs. But the Gourds went on hiatus in 2013, allowing one of their co-leaders, Kevin Russell, to plow a different musical field with his Shinyribs project.

KSUT, Coldwell Banker and First National Bank of Durango present Shinyribs and the Iguanas at the station’s 14th annual Party in the Park this Friday – Shinyribs’ third trek to Durango. Never one to rest on his laurels, Russell has released four albums with his ever-expanding lineup. I spoke with him by phone last week, discussing the evolution of his new band, his knack for cooking up tasty foodie songs and his love for the Durango audience.

“When a region embraces you, the natural out-growth is you make some real friends with the people there,” he said. “That’s always the reason I get excited. I’m looking forward to all the familiar faces and getting all the hugs and grins.”

I reminded him of the 9/11 anniversary show and how the Gourds lifted everyone to a higher place that night.

“That’s what I do best – making everyone forget everything and just live in the moment,” Russell said. “Whether there’s five people there or 5,000, it doesn’t really matter. I have the same intention. It was that way in the Gourds and even more so in Shinyribs.”

The origin of Shinyribs 10 years ago was simply a matter of finances, as Russell tells it. He had just bought a new ride and needed to come up with cash for the monthly payments. He’d drive from Austin to Houston once a month to perform a solo show at a bar called Under the Volcano under his nickname, “Shinyribs.” It soon expanded to a standard rock & soul quartet with guitar, bass, drums and keyboards. Once the Gourds disbanded, he went full monty on the R&B thing.

“I accidentally got the horn section ... the Tijuana Train Wreck Horns, they’re called. That’s an outgrowth of the name of some of Colorado’s finest – T1 and Train Wreck,” he said of two of his favorite strains of Centennial State herb. “It was mispronounced ‘Tijuana Train Wreck.’”

He said the band came together as the result of playing a wedding four or five years ago. “They wanted me to hire a horn section,” he added. “All the horn sections I’d worked with in the past were very expensive. I didn’t think it was economically feasible to work constantly with a horn section until I met these guys and they were gamers, they were ballers. They were like, ‘Just pay us what you can, whatever the rest of the band makes.’”

With horn section intact, Russell said he was free to explore the “New Orleans R&B stuff” that he had always loved. Then along came the backup vocalists, again a happy accident of sorts. “We had a Valentine’s show a couple years ago here in Texas, and I always had this dream of a bunch of different covers that I wanted to do,” he said. “I needed some harmony help, so I hired two women to sing with me. And that was again, just a revelation. I was like, ‘Oh my gosh, this other color, this other texture that I can use to arrange songs. It’s just a dream come true.’”
He has since dubbed the backing vocalists the “Shiny Soul Sisters,” and the newly expanded powerhouse set out to play R&B, soul, rock & roll and a genre indigenous to the Gulf Coast known as “swamp pop.” Russell, a native of Beaumont, Texas, was weaned on the stuff.

“I think for a long time, that’s how a lot of Texas guys really made their living,” Russell said. “Doug Sahm was a swamp pop singer before he ever was Sir Doug. A lot of guys cut their teeth that way.”

He also gave props to the state’s musical epicenter (and no, it’s not Austin.) “Houston is the New Orleans of Texas as far as the music business goes,” he said. “It’s the biggest city we have and the most diverse. The musical stylings that come out of that city are just as diverse as the population.”

Another nod to his Southern leanings: Russell has always had a fondness for food songs, having penned such Gourds tunes as “Meat off the Bone” and “Ants on the Melon.” That tradition continues in Shinyribs.

“I love food. I was raised with good food,” he said, practically smacking his lips. “My mama was a great cook ... A lot of people write about their angst or the things that frustrate them or the things that make them sad. I do a little bit of that, but mostly I write about what I love, and food is in my top five of things I love.”

One example is an earworm on the third Shinyribs record called “Donut Taco Palace.” I asked Russell if it was real.

“It’s a taqueria that’s in a little tiny, dumpy strip mall next to where my kids used to go to school,” he laughed. “Every Friday, our tradition was to go to Donut Taco Palace and get tacos. I always thought it was just a fun thing to say. From the very beginning, I would always sing that chorus in my head.”

Then, after a couple years, he decided to put pen to paper. “I just thought one day, ‘I need to write a song to that chorus.’ Because it’s absurd, literally, to think of a Donut Taco Palace,” he said. “I envision it literally. And it’s funny. 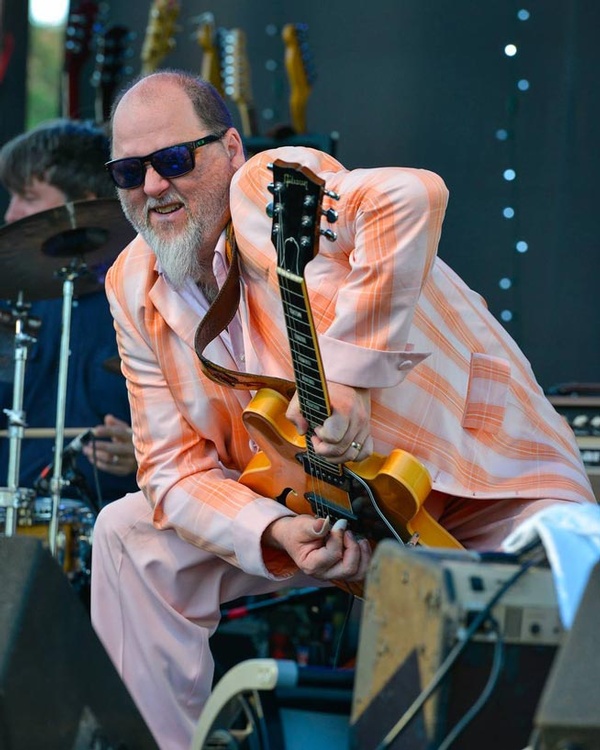 Since disbanding with the Gourds in 2013, Kevin Russell has embraced his swamp pop roots, as well as his more fashionable side./Courtesy photo

What: KSUT Party in the Park with the Iguanas and Shinyribs