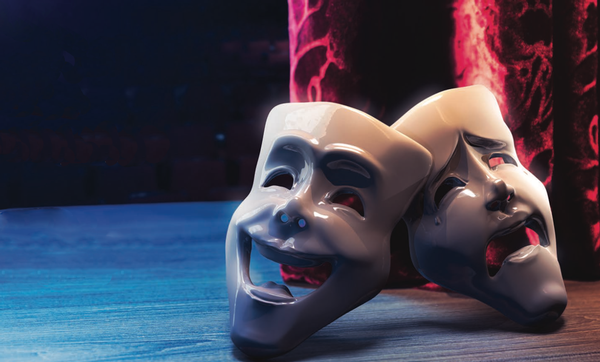 All the world’s a stage – but from Aug. 5-10, all of Durango is a stage, and you don’t need to go any farther to watch world-class actors, directors and playwrights in action. The second Durango PlayFest features five different plays-in-progress, as well as a series of free workshops and events in various venues around town.

“We bring nationally recognized and emerging playwrights, actors and directors to Durango to develop new plays,” explained festival director Felicia Lansbury Meyer. “And we also work hard to engage our community with these artists.”

The PlayFest works especially hard to connect students and educators with the professionals participating in the festival, she said, but opportunities abound for everyone in the community to hobnob with the pros and learn some things about the business of staging plays.

For instance, actor Dan Lauria will present on acting at the DAC on the 5th; Second City alumna Mary Quinn is conducting an improv workshop at Fort Lewis College on the 7th; and playwright Meg Miroshnik (whose play “My A?ntonia” debuts during the week) is holding a discussion on the 9th at Animas Chocolate Co.

Then, of course, there’s the plays themselves. This year’s festival features five original plays – “Two Hander,” “A Shift in Gravity,” “The Ways of Necessity,” “My A?ntonia” and “Ceely.” Yet even the plays are not your standard theater fare. Yes, the performances star actors who have found success in film and on television alongside actors from the Durango community. But the plays are works in various stages of progress.

The PlayFest, after all, exists in large part to nurture playwrights, according to Meyer. The authors behind these five plays get to rehearse these scripts each morning throughout the week with their casts. Each afternoon, they have the chance to rewrite and revise their work (or bang their head against the wall – whatever works) before working the fresh pages again the next day.

At the end of the week, when the plays are staged, they are still not finished productions with extensive blocking, painted sets and complete costumes. Rather, audiences are treated to dramatic readings of the works as they stand that day.

“In these staged readings at the end of the week, the audience is seeing fresh work,” Meyer said. “They’re seeing something that was just created in that week and had the input of the whole team. Then the audience has the chance, through the talkback after the reading, to ask questions and get involved and make comments.”

The experience is a change of pace not just for audiences but the professional actors invited to participate in the PlayFest, as well. Carla Gallo hasn’t stepped foot on a stage in 20 years. In that time, she’s appeared in several television series (including “Californication,” “Mad Men” and “Bones”) and feature films (including “Forgetting Sarah Marshall,” “Neighbors” and “Superbad”), but her only involvement in the theater is in her anxiety dreams.

“I’m backstage at a play, and I realize that I don’t know the lines, and I’m scrambling,” she said. “I’m like, who has the script,and can I look through it? I’m about to go on.”

The good news about the PlayFest, she says, is that the play will be right in front of her. “In TV and film, if you get a four-page scene, you’re like, ‘oh my god, I have a huge scene today,’” she says “I don’t even remember how I ever memorized a play. I feel like, with PlayFest, I’m taking baby steps back into the idea of theater.”

Gallo will be appearing in Stephen Nathan’s “The Ways of Necessity.” The two know each other from their work on “Bones,” and Nathan invited her to participate in the production. Gallo said that this opportunity is a soft launch of sorts for her return to the stage, and that the format of PlayFest offers her the rare chance to focus on just being an actor for an entire week. (A mother of two, Gallo noted that she is ready to “take a break from ponytails and lunches and diapers.”)

The intimate setting for PlayFest and the chance to work with a play still finding shape both excite Gallo. She’s curious to see how the process goes for her as an actor. “Stephen Nathan said, ‘I want your input and I want you to help make the character rich,’” she explained. “But the other part of me feels like, you created it and I just want to deliver for you what you created. I want to do right by the playwright and, essentially,  take it off the page and have it come alive.” Each playwright and director has their own process, Meyer noted, and they’ve certainly got the talent to pull off whatever they desire. Other featured talent in this year’s PlayFest includes: Jon Tenney (“Tombstone”); Andrew Leeds (“Veep”); Austin Cauldwell (“Switched at Birth”); Emily Swallow (“Supernatural”); Matthew Sullivan (“JAG”); Brett Dalton (“Agents of S.H.I.E.L.D.”); Tatiana Wechsler (“Oklahoma!”); and Kim Brockington (“Guiding Light”).

Furthermore, the festival welcomes back the two actors who gave birth to the idea behind the PlayFest: Lauria (known for “The Wonder Years”) and Wendie Malick (of “Just Shoot Me” fame).

Malick has enjoyed Durango for many years. She brought along her friend Lauria one time to show off the city; along with Christina Erteszek (now the co-chair of the festival) and her husband, they discussed how Durango’s beauty and character offered an ideal creative space for a theater festival. Years passed, and Malick and Lauria returned to town several times for leisure and work (and, one presumes, many times where the twain did meet). Several years later, the idea for the festival came to fruition.

Theater festivals with similar formats exist all over the country, but Durango was ripe for its own. “We have so much great theater here already,” Meyer said. “A lot of good community theater, some mix of community and professional. ... We’re a professional-level festival, but we’re still involving community members, which is great.”

Ultimately, the Durango PlayFest is quickly becoming an institution, even though it’s in only its second iteration. It’s bringing big-city theater experiences to town, where they can thrive in an environment that’s clearly lacking in the metropolises of the world. And there’s more to it than the chance to see accomplished actors and talented creators in action – events such as this highlight the inspiration and abilities already inherent in our corner of the world’s stage.

“I think for Durango to become a voice in American theater is a great prospect,” Meyer said. “We want to be a part of that process.”

What: Durango PlayFest
When: Aug. 5-10
Where: Various venues around town
Tickets: www.durangoplayfest.org. Events and workshops are free, however, please reserve online. 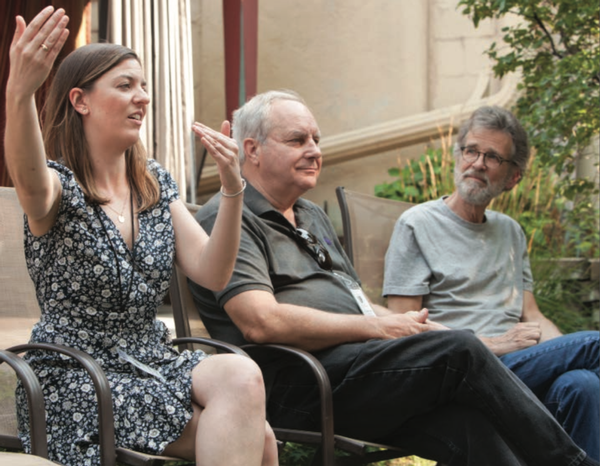 •  “My A?ntonia,” by Meg Miroshnik - In this new adaptation of Willa Cather’s 1918 classic, immigrant A?ntonia and orphan Jim Burden strive to make lives for themselves on the Nebraska prairie. Bursting with music, adventure and emotion, this coming-of-age tale wrestles with the notion of what it means to be an American. “My A?ntonia” asks urgent questions that still resonate today about assimilation, the American experiment, and if we can ever tell someone else’s story.

• “The Ways of Necessity,” by Stephen Nathan - Richard is a successful accountant who feels life couldn’t be better. He has a wonderful, somewhat neurotic family and a thriving practice that he shares with his son. All is well until he receives devastating news. He has a fast moving cancer that will overtake him within the next couple of months. The family tries to rally, but Richard has been their rock and each member struggles to deal with the coming loss. This is compounded when Richard reveals a secret he has kept from them, one that will alter their lives as much as his upcoming death. Watch as the family is tested and learns what love is in the face of adversity.

•  “A Shift in Gravity,” by Kathleen McGhee-Anderson - What happens when two best friends, female authors, one black, one white, living and working on Martha’s Vineyard, when success is imminent for one and the other usurps it, aided and abetted by a handsome male journalist who has dreams of his own?

• “Two Hander,” by Barry Kleinbort and Lois Walden - Explore the seesawing relationship between Ned Harper, an off-Broadway playwright now teaching at the New School in New York City, and his star pupil, Sheila Lawrence, a bright but unhappy housewife who has enrolled in his beginning playwriting course. Sheila convinces Ned to collaborate with her on a “two hander” (a play with only two characters) and they embark on a literary adventure that quickly evolves into a heated love tryst. Over the play’s 20-year time span, watch these two ride the waves of Broadway success, hard won independence, heartbreak and, at the final curtain, mutual understanding.

• “Ceely,” by Lee Blessing - Part comedy, part family drama, we meet Ceely, born and raised in a classic mafia family, she’s been haunted by  the one gift you wouldn’t want: clairvoyance. The head of the family, aware of her ability, exiles her to the countryside. But she’s only as safe as she is silent, and she longs to see her family again. Her brother Beeno, assigned to keep an eye on hergrows nervous as Ceely starts talking to a young journalism student. This is not the kind of family that grants do-overs.