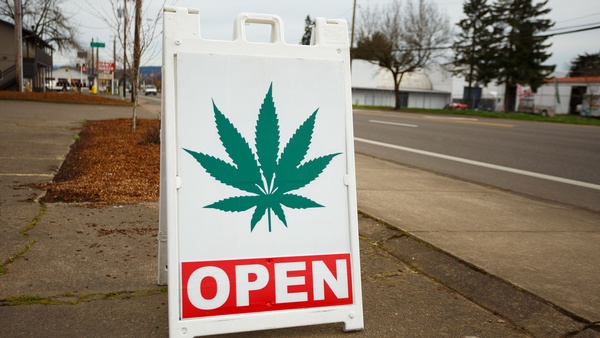 I’m a drug dealer. Well, more of a kingpin, really, given that I wholesale the stuff, but either way, publishing this in the paper six years ago would’ve netted me a 20-year sentence. But nowadays, the State of Colorado has decided that I’m “essential” and that what I do is important enough to keep doing even during a global pandemic. Isn’t that crazy? It’s the most seismic shift in public policy to come down the pipe this century. 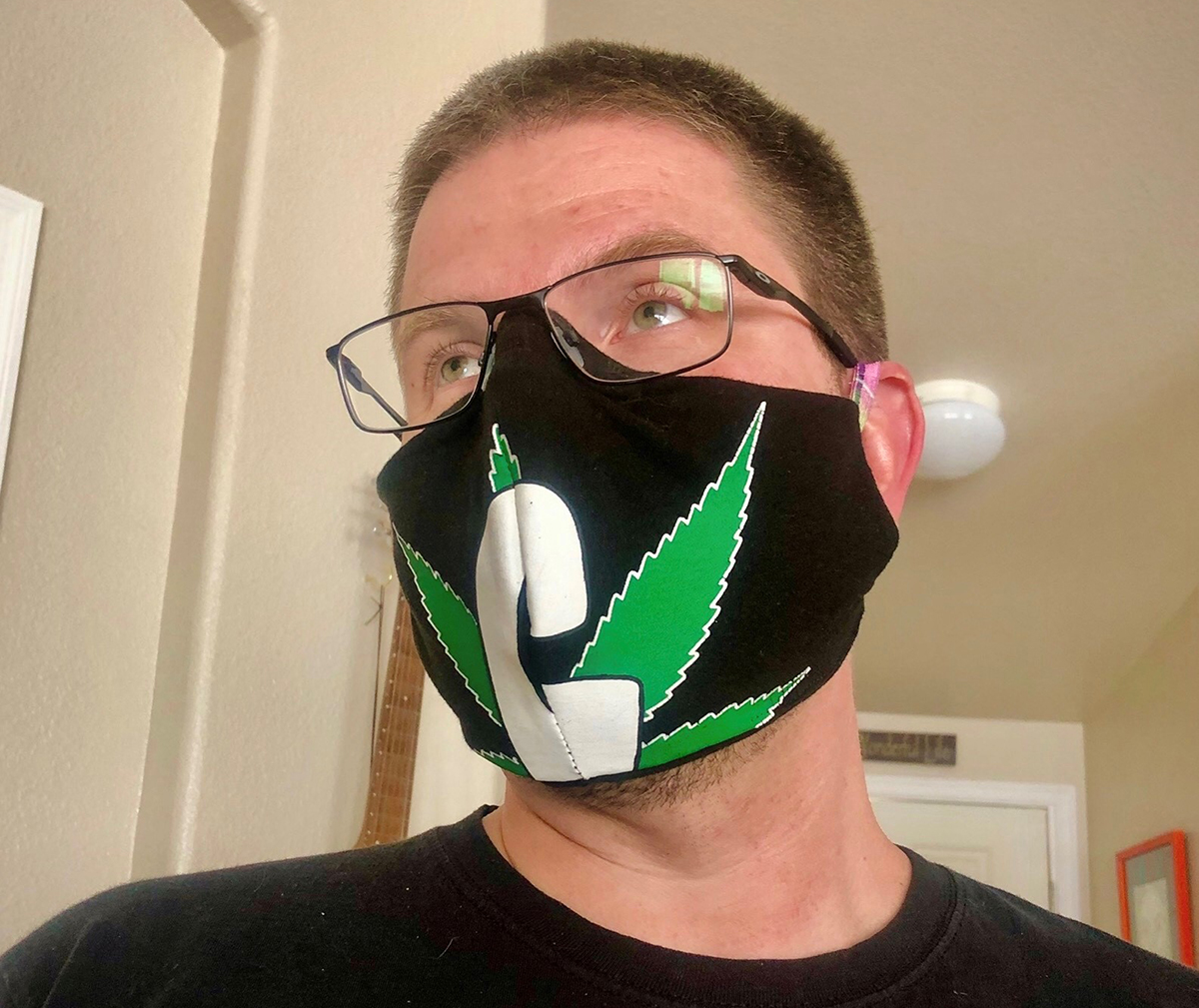 It’s not going to my head though, so don’t worry. They kept open the laundromats and churches, too, so I’m staying humble. But it’s difficult. The city called the dispensary where I work at the beginning of this mess and asked if we planned on limiting our hours because they were worried about a dip in tax revenue. For real, projections didn’t look good, so the city’s first move was to shore up the pot shops. They wanted to make sure the nearly extortionate tax rate you pay for legal weed would keep flowing, even though the same office keeps throwing roadblocks in our way when the world isn’t ending: No, you can’t put pot leaves on your sign. No, you can’t stay open as late as you want. No, you can’t have smoking lounges. It’s no-no-no until there’s a pandemic, then all of a sudden, we’re allowed to do curbside sales? We’re allowed to change our floorplan without a hearing? And all it took was a bad financial forecast? That’s the type of “how you like me now?” moment that makes it difficult to stay dignified.

And what about all the fat-cat lawmakers who took forever to legalize it despite the obvious public sentiment? I mean, don’t they owe us an apology? For real, wouldn’t it be OK for me to walk by our Legislature shouting “you’re welcome” with both middle fingers up? The same is true on a national level. All those big cities on the Left Coast are calling their drug dealers “essential” as well – they too have taxes flowing and a calming plant going out to the masses during lockdown, and it’s working. Sucks to be you, Texas, or any place in the entropic middle of this country, because prayers aren’t helping, but pot is. How ironic.

Look: the fact is that marijuana used to be an anathema, but now, it is a panacea; Colorado cannabis is the cure-all we’ve always said it was. And you know what? I’d imagine that after COVID-19 disappears, leaving behind a razed national economy, “they” will need a way to make money quickly. They’ll need a new cash crop, and of course it’ll be cannabis – I bet you anything those hypocritical old drunks in Washington start glad-handing ganja as if they’ve always wanted it legalized. And I bet they push for legalization this fall with a federal pot tax as their motive. The ATF will get a new “M” in its acronym; interstate cannabis commerce will open up; I’ll graduate from kingpin to Drug Lord. I can’t wait.

Actually, I’m not going to stay humble. Did you know that the Colorado cannabis industry contributes $300 million to state coffers each year? If we convert those figures into our post-apocalyptic currency, it would mean that every dispensary in the state contributes 300,000 rolls of toilet paper to Colorado’s economy annually. Do you think the other “essential” businesses can say the same? Nope. Laundromats deal with quarters, and churches have never done their fair share financially. It’s a fact. And that’s why my head has swollen to the size it has (also, I need a haircut). I’m essential, and I know that all the insular, hateful ignoramuses who’ve kept pot illegal nationally are about to suffer through an eternity of I-told-you-so’s.

I mean, did you know that legalization reduced the number of underage consumers by 11 percent here in Colorado, according to The Washington Post? Did you know that it’s safer than alcohol, or that I can spout off an infinite list of statistics proving that legal weed is good, and that keeping it illegal is downright stupid? These are the same facts organizations like NORML have been shouting at our government for decades to no avail. But the recession we’re hurtling toward will change things, you watch.

Do you think all those decimated jobs will reincarnate right after the stay-at-home order is lifted? More than likely they won’t, but if we create a new national industry by legalizing weed, we’ll have more jobs. We’ll need growers, budtenders and kingpins galore, all of whom could prop us back up with their income taxes. We could call it the New Green New Deal. Wouldn’t it be rad?

However, for the record, money isn’t the only reason weed is necessary during these times, just in case you’re one of those curmudgeons who still scoffs at the “essential” designation. Truly, you have no clue how many veterans rely on pot to battle PTSD or depression, which is ironic given that many of the weed-haters also claim to “support our troops.” And you have no idea how many people use pot to get off hard drugs or for chronic pain; these are the uncomfortable conversations budtenders have with customers daily.

Do you really want to take that away during a global pandemic? Even if pot wasn’t medicinal, I promise there’s nothing better than marijuana when you’re sequestered at home for a month with nothing more than your family and daytime TV. Hell, Denver’s mayor tried to close pot shops in his town last month, and the order lasted three hours before it was rescinded for being ridiculous. People swarmed the pot shops, getting way too close to each other, and the mayor’s office was inundated with furious calls and emails. That man looked crestfallen while he stood in front of the press, lifting the order he’d laid only hours before.

It’s wonderful, now that I think about it: people in this state are arguing about whether or not pot is essential, not whether or not pot is dangerous. BS still abounds, though. For instance, dispensaries aren’t eligible for a penny of that stimulus money because we sell a federally illegal drug – never mind that we’re all W-2, tax-paying employees, and that the feds take about 40 percent of a pot shop’s profit. We have no choice but to go to work each day and try to survive a pandemic, both literally and financially.

So yeah, here’s how it is: If you’re one of the stagnant people who still thinks pot shouldn’t be legal, you’re wrong. And although I feel horrible for thinking it, part of me wants you all to meet up and stand together closely so you can talk about it. If you’re one of the aforementioned curmudgeons who thinks dispensaries aren’t necessary, or that we could just close because the government will save us, do more research. Cannabis is saving us, both financially and emotionally, and we do what we do because we have to, so you’re welcome. And if you agree with everything I’ve said, but you worry when you see me walking by our Legislature with both middle fingers in the air, don’t fret. I’m essential AF.