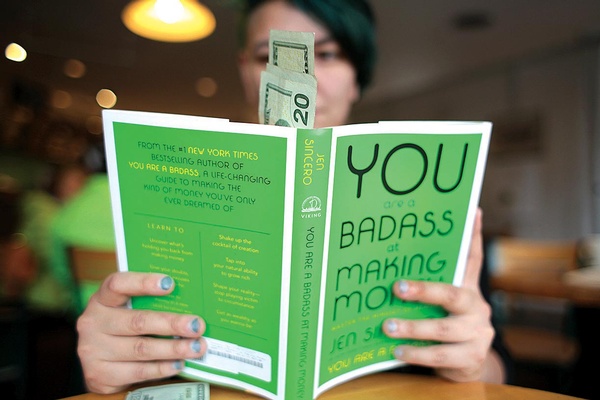 A friend of mine who has been trying to buy a house in Durango has understandably become discouraged. Nothing is the right size, in the right location or the right price.

“If you keep your hopes up and really, truly believe that you’ll find it, maybe you will,” I told him.

He laughed and then made fun of me for my The Secret-esque way of willfully thinking things to fruition.

He’s not totally wrong – sitting around wishing something into existence does seem totally absurd. But my mother’s love for people like Oprah and Dr. Phil taught me optimism, self-evaluation, talking about feelings, analyzing boyfriends over bottles of wine, and, yes, willful thinking.

So perhaps it would have been no surprise to my friend that, at the same time he was complaining about not finding a home, I was reading a book about finding what you want through the law of attraction.

Author Jen Sincero’s No. 1 New York Times bestseller, You are a Badass, How to Stop Doubting Your Greatness and Start Living an Awesome Life, is riddled with positive affirmations and willful prayers to the universe. But in a law-of-physics, straight-forward, salty and sarcastic way, mind you. The title says it all, but Sincero also says a lot about getting what you want by wanting it so bad that the universe brings it to you. Sincero’s secret about The Secret, though, is that you actually have to do something about it instead of sitting back and relaxing. And unlike other self-help authors, Sincero isn’t cheesy, lame nor, to this day, has she ended up in the loony bin, rehab or prison.

The negative stigma of self-help books persists though, and even I, when checking out You are a Badass from the library, had to pull some ninja moves to avoid familiar faces before I made it home safely with the bright yellow book. But after I hid out for a while and finished reading it, Sincero convinced me she was different. Not only was she not ludicrous, but she made me believe that I am a rockstar, and I can kick ass at life. And she also kept me highly entertained with her wit and colorful stories.

Naturally, when I saw that the sequel to You are a Badass had come out, I ran down to my favorite local bookstore and held my head high while the employee swiped my credit card and asked if the book was a gift. No, it’s for me, I said proudly and then grabbed the bright green book and ran straight home.

Sincero’s second book, You are a Badass at Making Money, is the same mix of Oprah-like inspiration and The Secret’s law of attraction written in her easy-going, dry, humor. But this time instead of giving pep talks about kicking ass in general, she guides readers through suggestions on how to become rich (like cash money kind of rich, not my-spirit-and-heart-are-so-full kind of rich.)

She introduces the book by politely reminding readers to get over themselves and their pre-existing beliefs about money. According to her, even though everyone kind of hates money, we actually all want it (myself included). She breaches the dreaded subject by telling her own colorful rags-to-riches stories and reminds people to stop looking at money the same way they cringe at murder scenes on TV (also me). Sincero makes it clear that money isn’t terrifying and should instead be regraded the way we regard puppies or sunshine;  with welcoming arms. Having money is about “creating the wealth that affords you the life you’d love to live instead of settling for what you think you can get,” she postulates.

Yes, she goes on to talk about positive vibrations, being in touch with the universe and other laws of attraction sorcery. But the best part shines through after all the feelings and emotions cease: you must actually do something to make money. Thinking with no action is just sitting around all day, eating Cheetos and getting nothing done, which is a great way to not get rich.

This law-of-attraction way of thinking might be laughable to my house-purchasing friend, but I can’t help but think Sincero might be onto something. Whether it’s the universe’s vibrating voodoo, or just the simple fact that if someone ponders something long enough, they’re bound to come up with ways to make it happen. If my friend started living and breathing “house downtown for less than $1 million,” then perhaps he would come up with something (even if it’s just friends giving him leads to get him to shut up.) Sincero promises not only is this the way to find your dream house, but it’s the way to get anything. If we hold our heads high, keep a positive vibe and use our imagination to create a world we wish to live in, with some effort it just might happen.

Just like anyone making big promises, Sincero ties it all together with colorful “how to get rich” steps that contain variations of optimism, concrete action and gratitude to give readers something to check off their “to do” lists. She even includes her own personal anecdotes, which serve as useful metaphors for how most of us. One story revolves around a housesitting gig gone bad when goats broke into the home and destroyed everything in their path. The animals created a literal shit storm in a house Sincero was supposed to be protecting – but in the end, Sincero was grateful toward the goats. Grateful! She was impressed by their tenacity and go-getterness, “chewing, kicking, stampeding through any obstacles in their paths, pooh-poohing the rules, dreaming. Bigger than goats are told they can dream.”

It’s a bit far reaching, and the most exaggerated form of optimism in the book, but in a situation where most would flip their lid, Sincero teaches us to look on the bright side. Other stories include Sincero’s mother learning what “twat” meant, a backpacking trip into a potentially snake-infested canyon and Batman giving Sincero “some” on a bench in Central Park (“some” as in “some lovin.’”)

Speaking of which, love and money are another common theme throughout the book. Sincero drives home the idea that money is like any relationship and to treat it as such. Treat money with kindness and respect, like you are happy to see it and love it so much that you just want to be around it all the time. Never be jealous or speak badly about money, and it will never leave you. This in itself makes the book close to perfect – in essence, we learn that money can buy you love and happiness, and it can also be your date to your cousin Pete’s wedding.

You are a Badass at Making Money is a great way for us money-phobic yet cash-hungry folk to re-evaluate our feelings, get what we want, be rich and, in Sincero’s words, “be a badass supastah.” 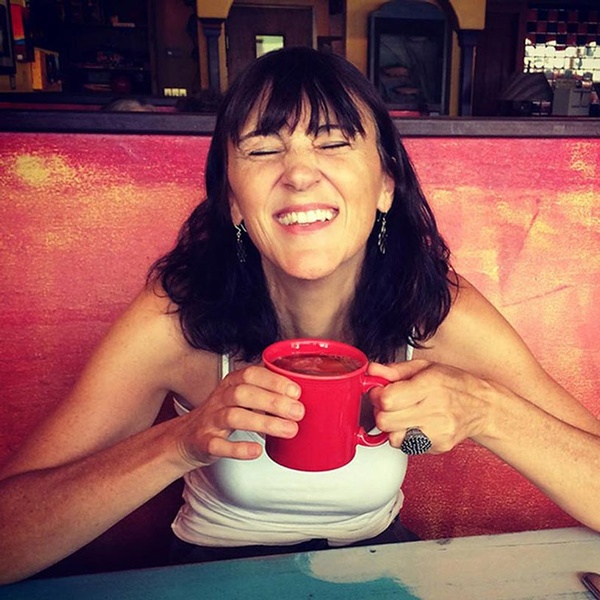 What: Jen Sincero, author of You Are a Badass at Making Money, presented by Maria’s Bookshop

Tickets: $30 and include a copy of Sincero’s new book. Available at Maria’s Bookshop.