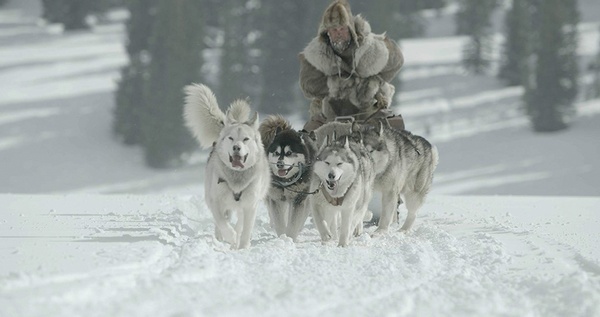 Locals may recognize the scenery in "The Great Alaskan Race," which was shot last year in and around Silverton. The film will be shown at DIFF's free movie night at 5:30 p.m. Wed., Feb. 27, as a thank you to the local community./Courtesy photo

Grab the popcorn, kindly remove the big hat and silence your ringer. The Durango Independent Film Festival is about to lift the curtain on its 14th annual celluloidpalooza.

“We have a wide variety of films,” DIFF grand poobah Joanie Leonard said in what may be a bit of an understatement.

For this year’s festival, DIFF received more than 600 submissions, and since last June, volunteer-run selection committees have been whittling that number down to 106. This is seven more films than last year  but Leonard notes the number of films fluctuates from year to year.

But what hasn’t gone up and down is the attendance numbers; each year the festival has grown steadily. Which is why Leonard takes great pride in the fact that last year there were only seven sell-out shows, compared to 21 in 2017. While some may see sell-outs as a good problem to have, Leonard believes it is antithetical to the whole concept of an independent film festival.

“We’d rather be 90 percent full than turning people away,” she said. “We still sell tickets at the door so everyone who wants to go to a show, can.”

And speaking of twisted shorts, there’s no reason to get yours that way. This year, the film fest will be offering what it calls “double features,” in which the same program is shown simultaneously in two theatres. Leonard said this also helps with the fact that one of DIFF’s main venues, the Stadium Nine, recently went from 200 econo seats to 99 super-deluxe, first-class loungers per theatre (now with more cupholders!) That means folks can spread out, prop up their feet without worrying about annoying the guy in front of them and concentrate on their cinematic experience. “You may never get to see some of these films again,” said Leonard.

One such film is “Jirga,” which recently was nominated for the Australian equivalent of the Oscars. The film is a narrative feature about an Australian soldier’s effort to make reparations to an Afghanistan family whose father he killed.

“We just loved it; it’s an amazing story,” said Leonard.

But perhaps even more fascinating is the story behind the story. Leonard said the film was originally being shot in Pakistan, however, the Pakistani government kicked the crew out and confiscated its gear. The filmmaker then took up filming in Afghanistan, using ex-Taliban fighters as extras.

“The lead actor said he slept with a gun under his pillow,” she said.

It’s these kinds of little snippets that got Leonard interested in independent film in the first place. “I love learning; I like the backstory,” she said, “like what was the cigarette budget?”

Not one to start small, Leonard’s first film fest was the venerable Sundance, which she attended while living in Park City in the 1990s. “(Robert Redford) really wanted to give Native American and independent filmmakers an opportunity,” she said.

To that end, DIFF – as in years past – will feature a Native American film program. And aside from the deserts of the Middle East and the slopes of the Himalayas, movie goers will get a chance to recognize some landscapes closer to home. This year’s DIFF features a handful of locally shot films as well as two local filmmakers, Taylor Graham and Larry Ruiz.

Graham’s film, “Glen Canyon Rediscovered,” takes viewers on a 350-mile sea kayak journey through the meandering side canyons and forgotten wonders of Glen Canyon as they re-emerge from the depths of a receding Lake Powell.

Ruiz directed “Spider Woman’s Web,” which follows a young generation of Navajo weavers as they keep their “Navajo lifeways” alive through their art.

One of the locally shot films being shown this year came as a complete surprise to the review committee. “Shooting in Vain,” which follows the story of a young man seeking closure by returning home years after his high school sweetheart’s death, was shot in Pagosa Springs.

“We had no idea when we accepted it,” said Leonard.

Another local film, “The Great Alaskan Race,” about mushers making the harrowing trek through the wilderness to deliver medicine to Nome, Alaska, during a diphtheria outbreak, was shot last year in and around Silverton and Durango. Although the film has yet to be officially released, local audiences will be treated to a “special sneak peek,” Leonard said.

“There were a lot of locals who were extras,” she said. “The filmmaker really loves Colorado and just wanted to show it to thank the community.”

Leonard hopes such local productions will becomes even more commonplace in the future. Last year, DIFF took the Four Corners Film Office under its umbrella. “Our role is to actively promote film production in the area and act as a liaison between the filmmakers and the community,” she said.

In addition to all this, DIFF offers special programs in the local schools as well as filmmaker Q&As, pre-parties, after-parties, coffee talks and forums. All with a paid staff of one and a half, a nine-member board, 26-year round volunteer film fanatics and some 80 seasonal volunteer film junkies. And that may be the greatest story of all.

“I have the best staff in the world,” she said. “They have full-time jobs and volunteer because they are so passionate about film and what they’re doing.”

Just the Facts
What: 14th annual Durango Independent Film Festival
When: Feb. 26 – March 2
Where: Animas City, Gaslight and Stadium Nine theatres
Tickets: Film passes range from $293 for all-access (or get two for $381) to $12 for individual programs (cash only; available only at venues 15 minutes prior to show time.) Buy passes online at www.durangofilm.org or at the Ticket Office inside the Durango Welcome Center.
For info: A full schedule and synopsis of films can be found at 2019durangofilm.eventive.org 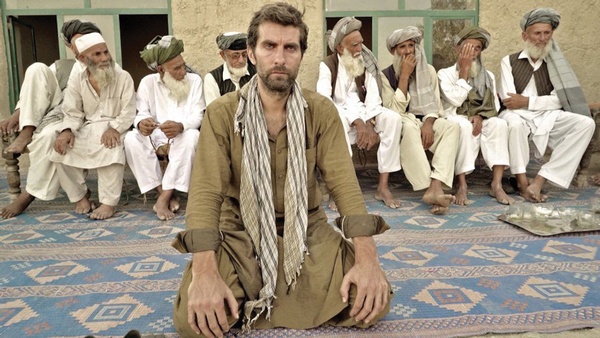 A scene from the Australian film "Jirga," about a soldier making reparations to an Afghan family for killing the father./Courtesy photo 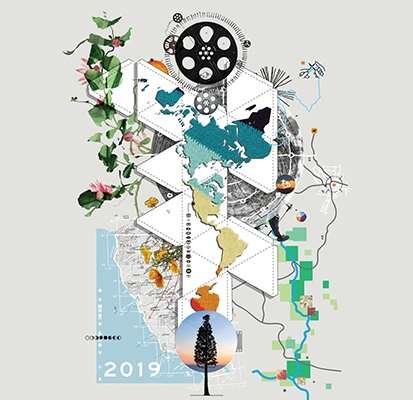 With spring around the corner, most Durangoans have water on the brain. And what better way to whet the appetite for spring runoff than some good ole river adventure films. At 4 p.m. this Sun., Feb. 17, the “Wild and Scenic Film Festival on Tour” takes a stop at the Durango Arts Center. Doors open at 3:30 p.m.

The festival is hosted by the Durango Chapter of the Citizens Climate Lobby, and proceeds will fund the scholarships to send Fort Lewis College students to Washington, D.C., to lobby for H.R. 7173, aka the Energy Innovation and Carbon Dividend Act. The bi-partisan bill would put a fee on the sale of fossil fuels. The fee would grow over time, with the premise that it will drive down carbon pollution as industries and consumers move toward cleaner, cheaper options. The money rom the fee will be allocated to the American people to spend as they see fit, and program costs will be paid from the fees.

“These films demonstrate that when we work together we can accomplish great things!” Louise van Vonno, of the Citizen’s Climate Lobby, said in a press release. “Wild & Scenic focuses on films that speak to the environmental concerns and celebrations of our planet.”

In addition to the films, there will also be prize drawings for items donated by local businesses. Tickets are $15 and $7/students (with ID) and available at the door or online at durangotix.com. For more info., go to www.DurangoCCL.org or www.wildandscenicontour.org.