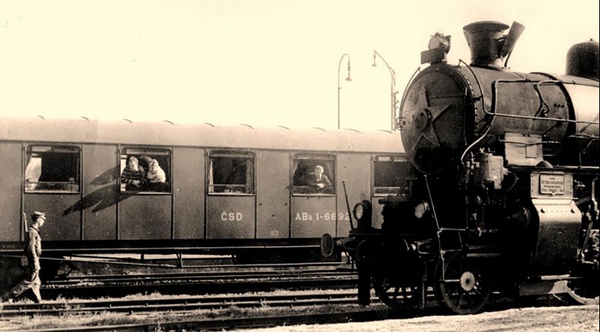 If you live in the Ignacio area, you would have probably known George. He worked as a mechanic at Ignacio Auto Body for over 30 years. Unfortunately, George passed away from a heart attack while working underneath a truck in late January, almost three years ago. George was a character. He was tiny, had a bushy grey beard and stood no more than five foot. He had a peculiar accent that was not readily distinguishable. You see, George’s name in Czech was Jiri. He was the son of the famous physician Jaroslav Svec, who helped mastermind the “Great Train Escape” from the former Soviet state of Czechoslovakia. His father, along with some villagers from the town of As (pronounced Aash), wanted to escape the yoke of Stalinist rule, so they devised a plan to run a train through the “Iron Curtain” and escape Soviet tyranny.

Carefully planning such an escape was dangerous. The people involved had to make sure that everything was planned in secret. Weapons had to be concealed from the authorities and smuggled on the cars. Everything had to be timed precisely. George’s father and his compatriots had to make sure that the proper switches were turned and that the train could easily speed toward an unused spur at Selb, in the American Sector of West Germany. Fortunately, no one tampered or reset the switches, and Express 3717 sped quickly toward freedom. On Sept. 11, 1951, over 100 passengers crashed the border barriers and escaped oppression.

The next day, newspapers around the world headlined the story of Jaroslav and his comrades’ great escape. This famous incident would later be known as the “Freedom Train” escape. There were, unfortunately, some families on the train who had no idea of this commandeering. As a result, some 71 passengers returned to the Eastern Block, fearing reprisals to their families.

Dr. Svec, his family and fellow planners became instant heroes. The Red Cross helped Jaroslav and his family move from West Germany to England, Ethiopia and eventually to Michigan. George was 11 years old at the time of the escape. He lived awhile in Michigan and also served in the U.S. Army in Germany and Vietnam before moving to Durango, where he became a bus mechanic and driver for Tamarron Resort. He eventually settled in Ignacio.

I, as many, miss George. He had worked on my vehicles for over 30 years. On one occasion, I had come down to the shop to see his progress on fixing my carburetor. I was amazed to see that the engine was in pieces everywhere! He just laughed and said, “Come back in an hour or two and everything will be back together.” He was right. When I returned everything was in place and it ran like a charm! He always made sure that things were done right. “Bring it back if you have trouble,” he would chirp.

I found out later that George had a photographic memory, and it served him well. George, in many ways, was a scholar in overalls. He was an amazing fellow whose knowledge transcended the mechanical realm. He would listen to Beethoven symphonies and tell you the reasoning for each particular movement while lying on his back under a Chevy truck. He scrutinized philosophers such as Descartes and Whitehead. George had a great sense of humor also. He laughed through adversity. He was a kind and gentle soul, and I am a better man for knowing him. As long-time Ignacio resident and business owner Chris May (who provided much of the historical information herein) told me, “I was lucky enough to have been his friend.”

People have a funny way of making changes in our lives. Some are more subtle than others. George taught me about patience, and that one could fix anything in life as long as you did it with care and grace. From escaping tyranny to tuning engines, George made a difference in my life and showed me that it doesn’t matter what you do for a living as long as you do it well and honestly.