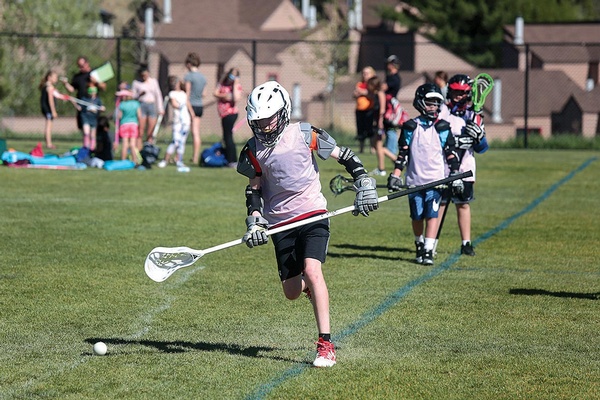 Move over soccer, football and baseball. There’s a new (well, actually very old) team sport in town: lacrosse. OK, so technically, the City of Durango’s Rec Department has been offering kids lacrosse for several years, thanks to Recreation Supervisor John Robinette, also a lacrosse afficionado. And high school and womens lacrosse at FLC has been a thing since 2009 (even longer for the mens FLC team).

But now there’s a new (newly resurrected, anyway) organization in town aimed at getting more stickwielding kids out on the pitch: Durango Lacrosse Club. Officially revived last spring (there was a Durango Lacrosse Club in the past that went dormant), the league is open to kids age 8-15 and offers instruction and competitive spring and more-casual fall leagues. For those who haven’t seen a lacrosse game in action (first, shame on you) think hockey, basketball, soccer and football (minus the head butting) all rolled into one hard, ball of rubber.

Mulcahey, who also coaches, came from that hotbed of lacrosse activity (no, not Lacrosse, Wisc.), the northeast. He played lacrosse (“lax” for short or those who just like acronyms) at Hobart College, in upstate New York’s Lake Ontario region – the birthplace of the sport. Perhaps then, it’s no surprise that Hobart is a veritable lacrosse powerhouse, taking home more national titles than you can shake a stick at.

Although an Olympic sport in the early 1900s, worldwide interest in the sport petered out, with efforts to revive it as an exhibition sport in the 1990s failing to gain traction. However, in the US of A, the sport is

growing by leaps and bounds. Mulcahey said when he graduated college 40 years ago, many of the players went on to spread the love of lacrosse West, starting programs everywhere from California to Texas to sweet home Colorado. According to U.S. Lacrosse, the sport’s national governing body, in 2016, there were more than 825,000 lacrosse players in the country. It is also the fastest-growing team sport among the National Federation of High Schools. There are even womens and mens semi-pro leagues (go, Mammoth!)

Durango mirrors that growth, albeit on a smaller level. “It’s just as not well known in the West,” said Mulcahey.

But that’s what the DLC is hoping to change. Since starting last spring, the club’s enrollment has grown 10 to 15 percent, to 85 kids, boys and girls, playing across a range of age levels. To get the word out, the group sends communications to area schools and encourages kids who play to tell their friends. “We just want to let them know lacrosse is an option,” said Mulcahey.

With the younger kids, Mulcahey said the mission first and foremost is to break bad habits and teach kids to work together toward a common goal, which just so happens to be goals. “You want to get the kids to gel as a team; it’s a team sport. There’s several links in it,” he said.

Some of the other benefits of lacrosse over other sports are that it entails a lot less equipment and typically, fewer injuries. “As a 62-year-old, I really never got hurt in lacrosse. I got hurt more in football for sure,” he said. “In lacrosse, you’re not leading with your head and players are wearing helmets.” (Note: high school girls only wear protective eyewear as body checking is illegal.)

And speaking of checking, it’s also a great crossover sport for hockey players looking to keep their stick-handling and hand-eye coordination sharp in the off season.

be driving on weekends – (sorry, that just comes with the territory of kids and sports in our remote neck of the woods) – but at least it more than likely won’t be in the snow. According to Mulcahey, local players compete with a variety of regional teams from Santa Fe and Albuquerque to Telluride, Gunnison, Aspen and Grand Junction.

This weekend, local sports enthusiasts and curious looky-loos alike will have a chance to check out some lax action when DLC hosts its inaugural Durango Mountain Melee at Smith Field on May 19-20. The event will feature teams from six different areas throughout the region. 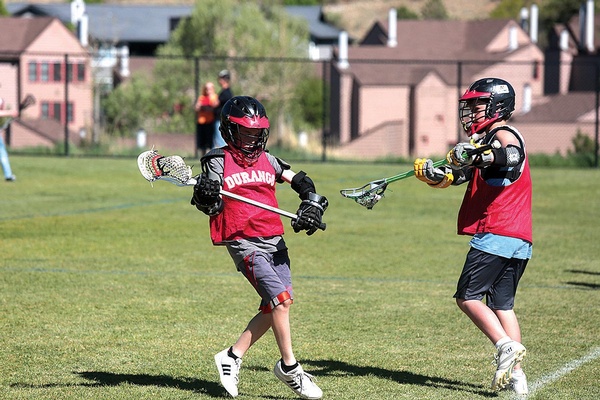 • The game’s inventors were the Iroquois and other indigenous peoples in what is now New York, Pennsylvania and the eastern Great Lakes region of Canada.

• Lacrosse was originally known as “The Creator’s Game,” part of a ceremonial symbolic warfare

• The earliest “games” were played around 1100 consisting of as many as 1,000 men on fields up to 3 miles long for two to three days, from sun-up to sundown.

• Jesuit missionaries gave the game its modern name in the 17th century (“la crosse” means “the stick” in French.)

• In 1856, William George Beers, a Canadian dentist, founded the Montreal Lacrosse Club and codified the game, shortening the length and reducing the number of players. • By 1900, there were dozens of men’s clubs throughout Canada, the U.S., England, Australia and New Zealand

• Women’s lacrosse was introduced in Scotland in 1890. The first women’s club in the U.S. was at Baltimore’s Bryn Mawr School in 1926.