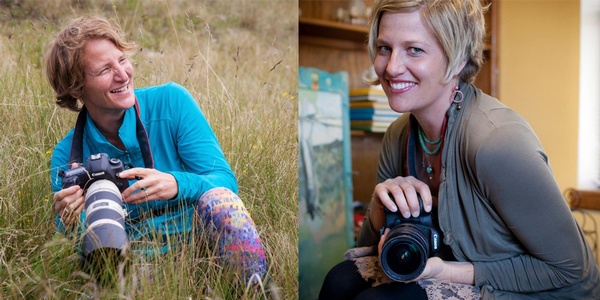 Sisters Wesley "Wes" Sebern, left, and Kyla Jenkinson, right, began the "Mile in My Shoes" scholarship and photography show to promote a positive self-image and to honor their mother./Courtesy photos

Long, calf-less legs rising from high heels lead to a scooped-out belly, elegant collarbone, chiseled cheekbones and luscious lashes shielding big, impressionable eyes. That was Twiggy, the skinny 16-year-old who replaced Marilyn’s hour- glass womanliness in the mid-1960s. But Twiggy’s waifish figure wasn’t spurred by eating disorders, so we can’t blame her tiny size for the tsunami of body image issues that came splashing onto American shores over 50 years ago.

The biggest change in fashion wasn’t the glorification of thin-hipped women but rather that visual media was suddenly everywhere. Pictures of perfect ideals were ubiquitous, and Judi Jackson was just step- ping into adolescence as these images were exploding onto the scene. Young Judi saw what she wanted to look like, dipped her toe in the deceptive seas of anorexia and never came back.

Despite having a supportive husband, two gifted daughters and a career as a beloved teacher at Ignacio Intermediate, Judi could never accept the body she’d been given and the disease followed her through the decades.

“She wanted so badly for her body to be perfect,” Kyla Jenkinson, Judi’s oldest daughter, says. “Even though people loved her and she was very caring, she didn’t reflect that love back to herself.”

In 2006, Judi, who moved to the area from the East Coast in the ’70s to be a cowgirl and attend FLC, was officially diagnosed with severe adult anorexia. Three years into that long journey, Judi got the news she also had a rare type of cancer that’s often associated with breast implants. After breast removal, multiple chemo treatments, double pneumonia and a bone marrow transplant, a scarred, depleted Judi survived another year.

On Nov. 10, 2014, the 59-year-old teacher, friend, mother and grandmother passed away. Her battle lasted longer than most, considering the statistics. For females between 15-24 who suffer from anorexia, the mortality rate is 12 times higher than the death rate of all other causes of death, according to the National Eating Disorders Association.

“The eating disorder gene didn’t get passed on,” says Kyla. “But, for me, there’s a stigma attached to exercising ... probably from watching my mom jump-rope every morning at 4 a.m. for a half-hour to Bruce Springsteen.”

Instead of pouring her soul into workouts, Kyla picked up a camera. In 2004, she opened Kyla Jackson Photography in Durango. A couple years later, she was joined by her younger sister, Wesley “Wes” Sebern, and they cocreated their photography business, Photo Divine.

One of the first projects the sisters tackled was putting together photo retreats centered around women embracing a positive body image. The retreats were received so well that the photographers decided to extend their pro- grams to an even more susceptible population, the same age group of their mom when she developed her eating disorder: high school.

Starting in 2013, Kyla and Wes launched a senior portrait scholarship opportunity called “A Mile in My Shoes” meant to promote and foster positive self-image among all students, regardless of gender identification. In addition to offering free photo shoots the project also offers cash prizes to the top three applicants. This is where the “Mile in My Shoes” part comes in. All applicants must submit a creative writing piece about what it’s like to be in their shoes. Each student then has a conversation with Kyla or Wes about how media, peers and family affect the way they feel about themselves.

“I wish we had recorded these interviews,” says Wes. “After we say that our mom struggled with an eating dis- order, we get to see deeper into these kids. We’re sharing our vulnerability, and if we’re willing to go there, then the applicants should go there, too.”

During the interviews and with the help of the photographers, the seniors design their own photo shoots, which best reflect how they want to be seen in the world. After all of the shoots are complete, the students’ written stories are sent to a panel of eight judges, which does not include Kyla or Wes.

“(Judges) are a diverse collection of male, female, younger, older, all from different realms of life,” says Wes. The first year of “A Mile” saw 11 applicants, and Judi served as one of the judges. It has since grown every year, with 30 applicants in 2016. Initially, the scholarship funds were donated by Photo Divine, but with Judi’s passing, the Judi Jackson Memorial Scholarship has been established and provides the funds.

“She was so proud of the work we were doing,” says Kyla. “She felt it was necessary.”

The majority of this year’s students are from Aztec, with one from Ignacio where Wes and Kyla grew up. Even though these kids aren’t bombarded with the same anxieties of a high schooler in a big city, they still grapple with the timeless woes of teen-age angst.

“Nobody is exempt from the pressures of fitting in,” says Kyla. “We try so hard to fit in this mold because we want it to be black and white. But there’s a lot of gray. There’s a lot of diversity. I’m not either/or; I’m all or both. It’s better to be me. We’re trying to educate them to em- brace who they are.”

One of this year’s applicants is Kairai George, an Aztec High School student who loves basketball but has experienced too many knee injuries to keep playing. She wants to pursue a career as an orthopedic physician so she can help heal native people on reservations in Alaska.

Another applicant is a bisexual cowboy who wants to be a mechanic. From his photo, one would never assume that story- line, which is why the written aspect is so vital to the project’s purpose.

“You don’t know their struggle,” says Wes. “Some of them have great family lives, but many of these stories start off rough. It’s about embracing those life contradictions.”

Another story comes from a saxophone player with a paper cut who finds his smile in band practice.

“I’m not having much fun here,” Henry Boone writes of high school. “I’ve seen one hundred smiles today and not a single one has been my own ... My eyes are gray, and I can’t remember what other color they could have been.”

Until he walks into his next class, “a brick room with massive orange curtains ... the band room.”

“I put together an instrument that I know better than I know friends or family,” writes Henry. “And finally make my way to my seat and open a weathered folder and feel my blood start to move. Smile one hundred and three is mine ... I am having the time of my life right here in this little plastic chair and with this dented saxophone surrounded by music. My purpose has been written in treble clef.”

Wes says his story illustrates how finding happiness is not about physical appearance but finding one’s “peaceful place.”

“That’s the common thread in every story,” she says. “They’ve all found some- thing that brings them joy, whether it’s running, youth group, music, a sister, a friend. They can talk about the hard parts and then bring it around to this place of joy.”

Kyla believes these stories can help more than just students. “People can read these stories to see that struggles can be overcome,” she says. “ It’s how we survive: we find the joy by finding our purpose.”

Besides finding joy and a platform to ex- press themselves safely, each applicant is eligible for a first place prize of $1,000, a second place prize of $500 and a third place prize of $250. A photo show Nov. 4 at the Balcony Backstage will feature Photo Divine’s portraits of the seniors and announce the scholarship winners . Finally, the show travels to each of the applicants’ schools.

“By applying for this and being photographed, it’s them saying out loud, ‘I’m worth it. I want to be seen. My story is worth telling,’” says Wes. “They’re just kids still, but with big goals for their futures.”

Next year, the photographers want to see 50 applicants. Scholarships will be easier to fund, too, considering that “A Mile in My Shoes” was recently accepted under the umbrella of The Community Foundation Serving Southwest Colorado.

“Our hope is to raise enough money that every applicant would receive something for higher education,” says Kyla.

For Wes and Kyla, photography projects that promote strength and confidence are their purpose (besides loving their husbands and children, of course). This healing art is the sisters’ way of honoring their greatest inspiration: their mother, Judi Jackson.

“If we could just reflect and tap into the power of our own uniqueness, that’s where we’ll start to see a positive change,” says Kyla.

A now 67-year-old, size 10 Twiggy would agree: “The way I looked when I started modeling I was a skinny schoolgirl stuffing tissues into my little 32A bra that look is a total impossibility for women ... Fashion has a lot to answer for, doesn’t it?”

For more info on next year’s scholarship, contact Wes and Kyla at info@photodivine.com. 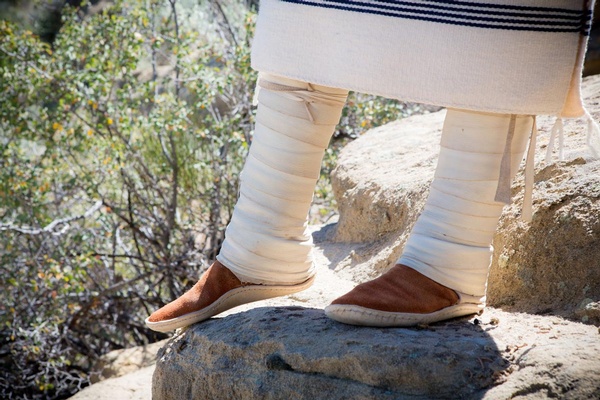 Kairai George, an Aztec High School basketball player who was sidelined with knee injuries writes: "I am woman; see me. I am Navajo; see me. I will be a healer; may the world see me ... I am a whisper of hope; know me. I am strong brown hands; the world will know me." George wants to become an orthopedic physician and help native people in Alaska 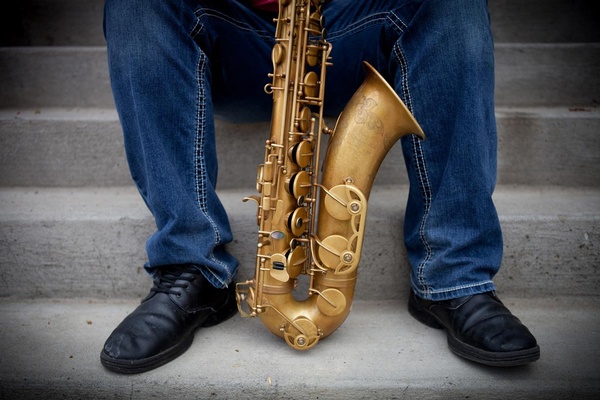 What: “A Mile in Their Shoes: Perspectives and Portraits of a High School Senior,” photo show