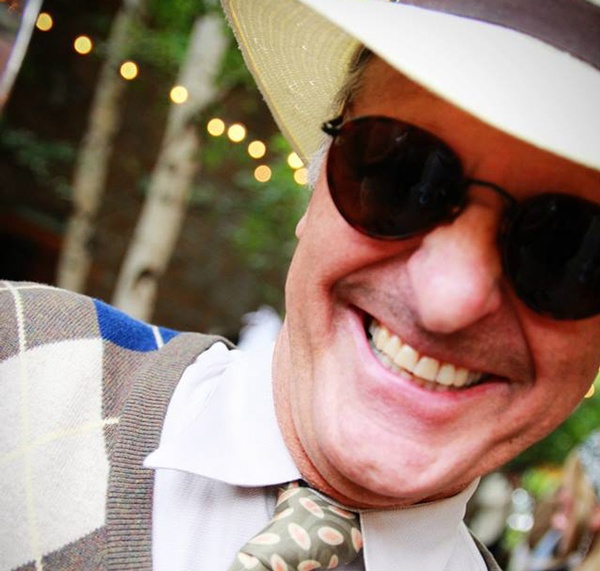 Stew Mosberg in one of his signature panama hats./Photo by McCarson Leigh

The Four Corners arts community bid adieu recently to one of our greatest allies, champions and members. Stew Mosberg, who among other endeavors wrote about the arts in these very pages, passed away in hospice on Jan. 7. However, characters like Stew refuse to slip quietly into the night. His impact on the Durango arts scene will long outlive him – which is a big part of the reason why musicians, poets, dancers and thespians are holding a concert to assist his surviving family with his medical expenses.

“As Durango does so well, we raise money for the people we love,” McCarson Leigh, a photographer, musician and friend of Stew’s, said this week. Leigh is co-directing the “Hats Off to Stew” concert at the Durango Arts Center this Mon., Jan. 28. “Everyone involved in this show loved Stew in some way. If we can do a performing arts show and raise some money and possibly heal a community that’s still somewhat in shock and deep sadness, why not?” Leigh said.

She and local singer-songwriter Thom Chacon hatched the idea of putting on the concert shortly after Stew’s passing. Beyond raising money to support his family, a collaboration of different kinds of artists felt like it was a fitting way to pay tribute to their dear friend and constant supporter.

“Depending on how you look at someone’s passing, some look at it as a tragedy that is an ending, and some look at it as a birth and a beginning,” Chacon said. “Rather than have a somber silent auction or some other kind of fundraiser, why not have a musical celebration of Stew getting to his next existence?” he said. “We wanted it to be a celebration of art and music and poetry and all the things that Stew loved.”

Chacon, the music director for the show, said that people can expect a diverse range of sounds, from alternative-folk-meets-country to soulful singer-songwriters to jazzier numbers. It’ll be like a festival lineup, he explained, only everyone gets a 10-to 15-minute set instead of a 45-minute one. Add on the spoken word, dance and dramatic pieces that fill out the program, and the night will be full of high-caliber artists pouring their hearts out for one of their own.

In addition to Chacon and Leigh (who, along with your noble author, is performing as Oxygen on Embers), the event bills the 20 Moons Dance Theatre; Robby Overfield; Merely Players; Rio and Dance; Denise Leslie, Charles Leslie and Jonas Grushkin; Bess Chacon; Jeannie Wheeldon; Brad Tafoya; and behind the emcee’s mic, the velvet tones of Ted Holteen.

Furthermore, the space for the event is being donated by the Durango Arts Center to enable more support to flow to Stew’s family. (Fittingly and touchingly enough, his final piece for the Telegraph introduced us to the DAC’s new executive director, Brenda Macon.)

“This is something he would, I believe, really appreciate,” Chacon said. “I wish I could sit down and talk to him about it.”

Stew is survived by his daughter, Jen Ortado, her husband, Vic, and their daughter, Sydney. During Stew’s time in hospice, Ortado confided in Leigh that insurance was not covering all of his hospice expenses. They talked about running a GoFundMe or other crowdsourcing campaign, until Chacon arrived with the idea for the benefit. All the proceeds from this show will go directly to Ortado to help her cover those bills.

“Jen is one of the most vibrant, sunshiney women that I know,” Leigh said. “She’s got so much of her dad in her. She was always there by her dad’s side to give him beautiful advice, like he could give everyone else. I think she did him justice as a daughter, for sure. We just hope that we can help her have a smoother grieving transition, if that’s even possible.”

Ortado hopes to be in attendance at the concert, though she and her family live in Oregon. Whether or not she can attend, the concert promises to be an emotionally rich affair, between the sorrow at Stew’s passing, the joy and appreciation of his constant support of artists, and the recognition that he made this night’s performances possible in a very real sense.

Leigh points out that every performer has a personal connection to Stew, and he has voiced appreciation for what each of them does in the artistic community.

“He has supported me through everything,” Leigh said. “Not only my visual artistry, but all of my musical journey. At Thanksgiving on occasion he’d say, ‘Take out that fiddle and play something for me!’ He supported me musically 100 percent, no matter what, even when I was in training.”

Chacon echoed the sentiment. “He was such a great supporter of my songwriting,” he said. “Having those conversations after the show where you talk to Stew, and he’d look into your eyes and he listened to every word you were saying, and he was not distracted. A guy that I call one of the best listeners I’ve ever met. I get to play the songs that Stew really liked and paid attention to. So it’s special for me to play those songs at the benefit for him.”

As for the name of this benefit, anyone who knew Stew knew he was hardly ever spotted without a trademark fedora or Panama. Leigh identifies his hat as part of his identity, his grace and his joie de vivre. And to take your hat off for Stew, it’ll sure help to have a hat on. Which is why everyone attending the show is encouraged to wear a hat – any kind of hat – to show even just a bit more love toward the man of the evening.

Plus, one of Stew’s own hats will be in the house, accepting any cash or check donations that people wish to make in addition to their ticket purchase. Tickets will be available at the door, unless they sell out online ahead of time – a very real possibility, considering how beloved Stew is in the local arts community.

“To see this come together for a human being that we just love so much, it’s going to be beautiful,” Leigh said. “Stew has supported all of us so much in so many ways through physical support, through verbal support, through all of the articles that he’s written about everyone. I think it’s important for us to give back in whatever way we can.”

Added Chacon, “What makes him so special is that the impact he made on the people that he really loved was massive. I’ll leave it at that.” 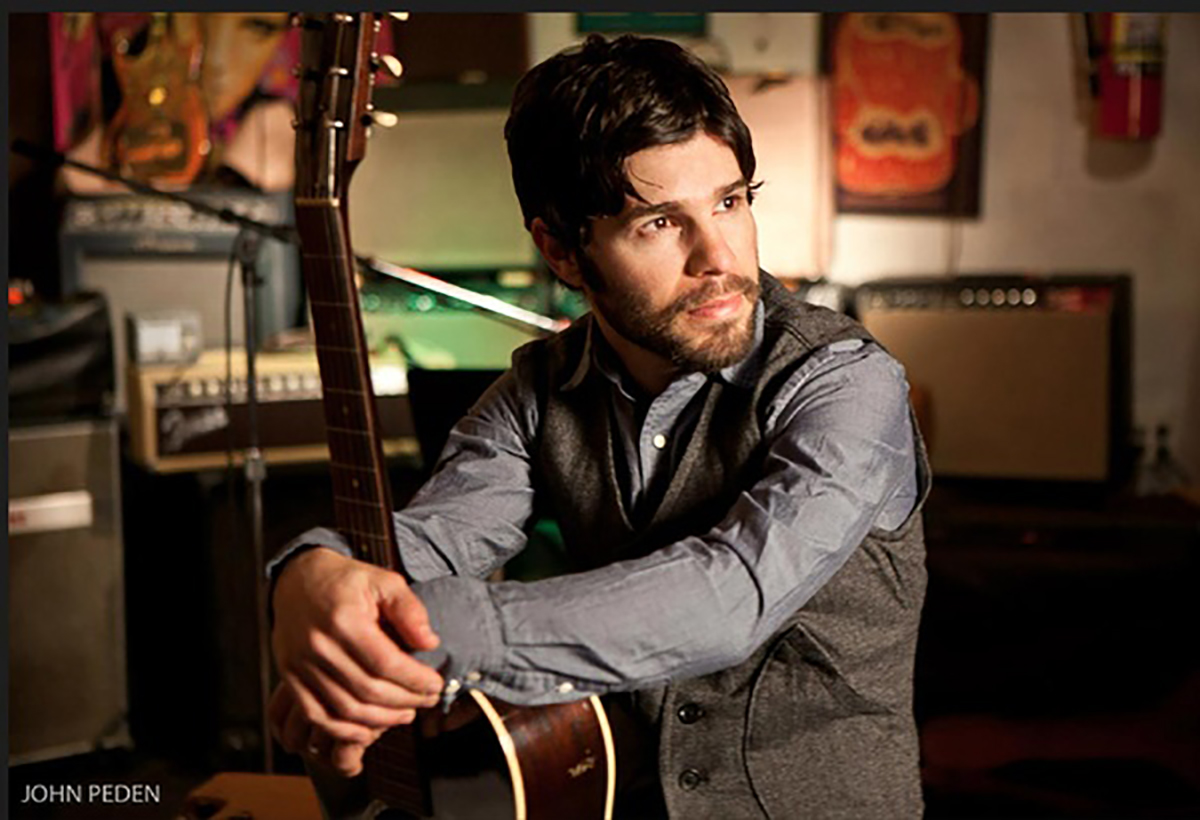 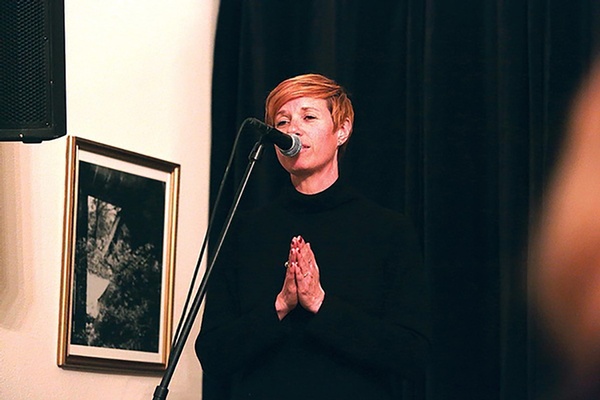 What: Hats Off to Stew: Benefit Concert for the Family of Stew Mosberg
When: 7 p.m. Mon., Jan. 28
Where: Durango Arts Center, 802 E. 2nd Ave. Tickets: $40 available online at brownpapertickets. com (search for “Hats Off to Stew”) and at the door. All proceeds go to cover hospice expenses.