Hold the phone
A decade after the smartphone revolution, a steadfast few still shun the technology 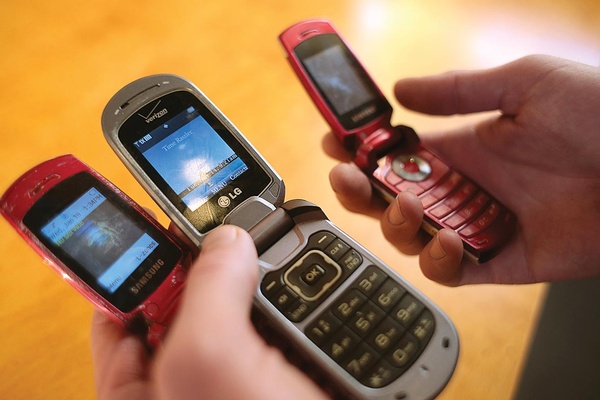 For some people, flip-phones are the new trend./ Photo by Jennaye Derge

Media is awash with stories about the detrimental effects of the smartphone. “Have smartphones destroyed a generation?” asks the Atlantic Monthly of post-Millennials. Indeed, a handheld device that combines all forms of media and communication is a recipe for addictive behavior, taking users one more step outside engagement with the non-virtual world.

The good news is, for the addicted, steps can be taken short of just getting rid of the thing. A new product called the “Light Phone,” for instance, is gaining popularity. Credit-card sized and retailing for $150, the Light Phone is billed as the “anti-smartphone,” allowing its user to only send or receive calls ... no texting, internet or camera.

Personally, my own “cure” involved reviving an old flip-phone last used in 2013. I still have a smartphone, which I use to access Wi-Fi, but beyond that, it’s only calls and texts via flip-phone. Then there are those who have avoided the smartphone dilemma altogether by never proceeding past a landline. We all probably know someone who fits this description.

But before we delve deeper, it is worthwhile to recall the era before cellphone ubiquity, because it wasn’t all that long ago. Durango itself didn’t have reliable cell coverage until the early aughts. When I read my journals from 1998-2000, the contrast in inter-personal communication is marked. An entry from June 6, 1998, provides a prime example. That day, I went to pick up a friend from Fort Lewis but had misplaced the directions and became “frustrated as hell, (driving) around every nook and cranny of that campus.” I left in a huff and got home just in time to hear my friend leaving a message on my answering machine (remember those?) He had gotten a ride from someone else and was at a party – which I eventually went to, even though I was pissed at him for not waiting for me.

In general, my journals from that time show a more open-ended social life, where one stopped by friends’ houses, and meeting a new person wasn’t immediately followed up by online “research” via some inconceivable “face” book. Outside of phone calls, letters and occasional emails, life was confined to old-fashioned face-to-face interaction.

A select few Durangoans have (mostly) kept their feet – and texting fingers – in this old way of living. Maureen May and Paul Pennington (firmly in the Babyboomer camp) live a landline-only existence at their downtown house. They say they encounter few obstacles in keeping this status quo. When May, an artist, is manning the gallery for Studio & where there is no landline, she can be messaged and emailed via her iPod touch (which connects to the internet). When she is at home, where there is no WiFi, she can only be contacted via landline. The couple recently got a cellphone for a lengthy trip to Santa Fe, but have since filed it away.

May acknowledges that it might be a pain to get a hold of her, but she doesn’t care too much. She sees portable phones as a leash, pulling people away from whatever they’re doing. “Rarely will you see someone ignoring their phone,” she says. “Will I succumb to that condition when I get a cell phone, which I am sure will have to happen someday? Gee, I hope not!”

And though such rationale typically breaks down along generational lines, it’s not always the case. Take Lauren Carroll, a 27-year-old teacher at Park Elementary. Cell phones were a part of her life from an early age, and she recalls getting her first one at 16. Unlike most of her peers, though, she has made the choice to not get a smartphone. She likes the simplicity of her flip-phone, its tactile nature, it’s near-indestructibility. An avid climber, she can throw her phone in her pack and not worry too much about a shattered screen. She believes a smartphone would be an unnecessary distraction in her already fast-paced life. Also, she enjoys the fact that she doesn’t have to rely on a smartphone.

“I am pretty sociable naturally, so I like the aspect of real conversations and interacting with people,” she says. “I am not against a changing world or technology, I think it can be exciting, but it can be fun to chat with people you may miss otherwise. You meet interesting personalities when traveling and asking people for directions or recommendations.”

For everyone I met who had resisted the technology, there were those who recently gave in. Robert Stapleton, 63, owner of Southwest Sound (in full disclosure, my boss), switched from a landline to smart-phone after getting bombarded with calls during the 2016 election. As his employee, I rarely see him use it to its full extent, and he has a “take-it-or-leave-it” attitude, seeing it as a necessary evil.

Then there’s “Jen,” 38, a single mother who wished to remain anonymous. She says she got a cellphone and Facebook account so she could qualify for an account on couchsurfing.com. Still retaining her landline, she intends to keep her cellphone use to a bare minimum.

And then there’s my very own mother, Sheila Maynard, 76. She got a smartphone last year after her husband, John, surreptitiously upgraded against her will. After taking some classes at the senior center, she now enjoys using it but doesn’t let it dictate her life.

All three have observed the negative effect smartphones have on human relationships and tend to go on with life mostly as they did before their “upgrade.”

Finally, we turn to Greg Oldson, 42, a former Durango resident, singer/songwriter and member of the legendary but short-lived local alt-country band the Brown Brothers. In 2004, he and I moved from Durango to Portland, Ore. As I slowly became enmeshed in social media, his only real “step forward”

was to get a cell phone. This past year, he signed up on Facebook in order to get a business page for his landscaping company in Springfield, Ore., although he hasn’t posted in over a year. And more than a decade after the smartphone revolution hit, he still doesn’t own one. Though his wife has gone through at least three iPhones in five years, he considers them “a waste of money.”

He waxes philosophical about his stance, reflecting on a book he read from the ’70s that had sci-fi cartoons of what technology would be like in 2000. It showed our current millennium as a great utopia, where technology provided for basic needs, from feeding the hungry to curing disease and providing clean energy. “Sure, some of those developments are occurring, but the greatest technological leap was completely unforeseen, the ability to tell other people what we are doing at any given moment,” he says. “So much money, brain power and natural resources have gone into creating smartphones. Our human instincts for self-gratification love this, but whatever happened to solving world hunger?”

He also wonders about the long-held notion that smartphones are actually making us, well, dumber. “The smartphone has become a way to (make humans) feel like we are getting smarter ... with this easy access to knowledge,” he says. “To my observation, little of that is true. I feel (that) most information we access on the computer disappears from our brains nearly immediately.”

Perhaps the solution is just what mom’s been telling us all along: go outside and get some fresh air. For Oldson, who now spends much of his day sitting in front of a computer, this rings especially true. “I need to make a very conscious effort to take time away from the screen,” he says. “I do truly believe that we learn best when our learning impacts our senses in multiple ways. When we see a large map and can engage spatially; when we can touch something and remember texture, contrast, shadow, smell.”

That’s right. Smartphones can do a lot, but they still lack the ability to provide these multi-sensory experiences. At least for now.

Granted, like the authors of the 1970s futuristic novel, it’s hard to see how this will all play out (case in point: the abrupt rise and fall of the Blackberry.) In fact, writing this article led me to dig out and recharge two other old flip-phones I had. The old texts gave me blasts of nostalgia, playing out like miniature artifacts, terse and to-the-point with much mystery. The first ones received were Nov. 12, 2007, presumably the day I got the phone – and exactly 10 years before the very date I completed this article. Beyond its chill-inducing synchronicity, this coincidence provokes me to ponder what things will be like in another 10 years. I won’t deign to make predictions, but I’ve learned to proceed with caution. It seems others are doing so as well. 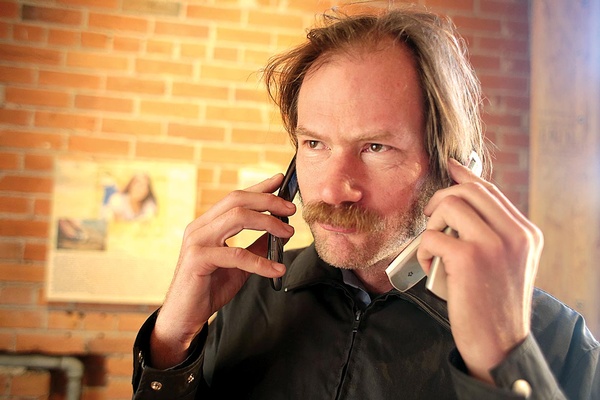