In her own words
In a world of musical divas, Daphne Willis has something to say, so listen up 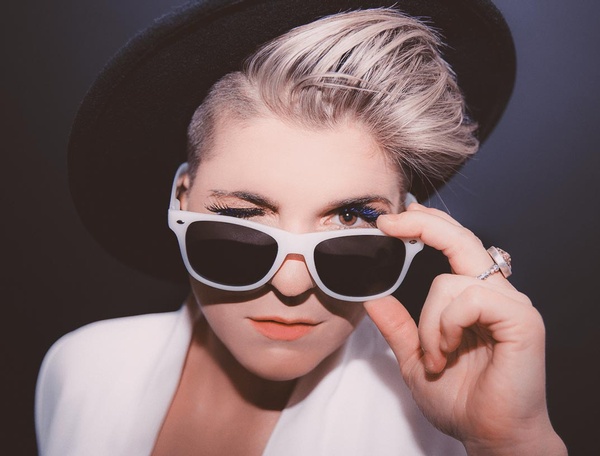 Next week, locals have a chance to see someone who may very well be the next big thing when Daphne Willis takes the Concert Hall stage. The singer-songwriter-guitarist is already well-known around Nashville, where she lives, thanks in part to her chart-busting song, “Somebody’s Someone.” A treatise on addiction and loss, the song closely mirrors the 30-year-old’s own life experience.

“Songwriting is extremely therapeutic for me,” Willis said during a recent interview. “I can’t tell you how much music has truly saved my life. It’s been the light through the fog, time and time again, and no doubt it will likely save me once again at some point in my life. Actually, it’s really kind of constantly doing that!”

It is this honesty and vulnerability that is at the core of Willis’ music – and which has won her a growing base of accolades and fans. One such fan is local singer/songwriter, Caitlin Cannon (of Cannondolls fame), who has performed with Willis, most recently at a local house concert.

“I always welcome opportunities to play and write with her when our paths cross,” Cannon said. “I was really struck by a few tunes she brought with her this time (to Durango). ‘Somebody’s Someone’ and a couple others are very powerful and inspirational works ... she dug deep to get to them.”

The two met through Durango resident Sue Lander, who is a board member of Colorado Creative Industries, a state-funded nonprofit dedicated to fostering creativity and artistic talent in the state. The three formed an immediate connection, and Lander hosted a concert featuring Willis and Cannon at her house.

“Giving them a space to perform in a small, intimate setting where folks really listen to them is important for young women, well ... for all performers,” said Lander.

For those who have not yet had the chance to be part of the Willis phenomenon, she will be performing at the Community Concert Hall on Wed., Aug. 16. It isn’t easy to identify Willis’ style; it’s been described as everything from alternative-pop to contemporary folk, but it crosses many genres, from hip-hop and R&B to country, rock and electronic. Raised in Chicago by parents who were active in the Austin music scene in the 1980s, Willis is influenced by a range of artists from Elvis Costello to Michael Jackson. After her first open mic while she was a student at DePaul University at the age of 19, Willis decided to take the leap and move to America’s music mecca, Nashville.

“Nashville is a tough egg to crack if you don’t have a lot of time,” Willis recalled of her decision. “But if you show up ... put in the work and the time, it will love you forever; not all too different than most relationships, I think.”

Soon after, in 2007, she was signed by Vanguard Records after a company exec heard her music. She released her second EP in 2008 and her first full-length album, “Something to Say,” under the Vanguard label in 2010, followed by her sophomore release, “Because I Can,” in 2011.

In 2014, Willis struck out on her own, independently releasing on her Barefeet Music label her third album, “Live to Try.” The album featured guest appearances from John Oates, who co-wrote several tunes with Willis. June 2015 saw her sign a publishing deal with Sony ATV Music, and five months later Willis dropped a six-song EP, “Get It,” which included the song “Done with Being Done,” which she co-wrote with Meghan Trainor.

Willis has collaborated with several other artists as well, and her output is prodigious. She is currently a “pop” writer at Sony/ATV, with more than 1,000 shows to her credit, including “One Tree Hill” and “Empire.” In addition, she was interviewed last month by Billboard Magazine on the acoustic release of “Somebody’s Someone.”

Willis recently completed album No. 6, an acoustic EP that re-imagines five classic tracks by the Beatles, some of which no doubt will be performed at the Concert Hall. Director Charles Leslie knows a good thing when he sees or hears it, and being present when Willis performed at the Lander household last year, he initiated conversations with the singer about appearing at the Fort. Working out a date that accommodated Willis’ touring schedule, they eventually agreed, just this past April, on Aug. 16.

Like others who have seen or heard Willis, local audiences will likely be touched by her lyrics, which are personal, yet relatable. If her songs aren’t getting your toes tapping and feet stomping, the words will probably give you pause and a moment of reflection. Her voice is sincere, never harsh; she has a wide range and is infectious. Her stage manner is easy and comfortable, and the candor she shares with listeners is emotionally moving.

Trying to find the words to describe her music, Leslie referred to a March 2017 review of Willis’ album “Freaks Like Me” (which contains “Somebody’s Someone”) in the eZine Indie Minded. “‘Somebody’s Someone’ (is) a ballad with emotive piano playing and a purity of lyrics complimented by her visceral vocals, you can feel Willis’ heart on this one and it’s hard to forget,” read the review. “This song stays with you, and it should.”

Talking excitedly about the upcoming concert, Willis says she will be working with two band members from Nashville, a keyboard player and a drummer, as well as an old friend from her Chicago days, Dave Tamkin, who will open for her. Tamkin now lives in Boulder, and the two artists frequently work together. “I really love being on the road with him, so I invited him down,” Willis said. “He’s a tremendous talent.”

Tamkin is an ideal opener for Willis because his music is also a blend of rhythmic-acoustic sounds that are uniquely his own. Although Willis’ performance at the Concert Hall is expected to include at least 15 to 20 of her songs, the experience is what will likely be most memorable for those in attendance.

“(Daphne) writes a damned good pop song,” said Cannon. “I think of her as someone who can just reach ‘up there’ and pull one down at anytime, although in reality, it is much more difficult than that.”

Willis’ new single “Dopamine” was just released and is available on Apple Music, Spotify, iTunes, Amazon and Google. To listen to it, go to www.daphnewillis.com

What: Daphne Willis in concert

Where: Community Concert Hall at FLC