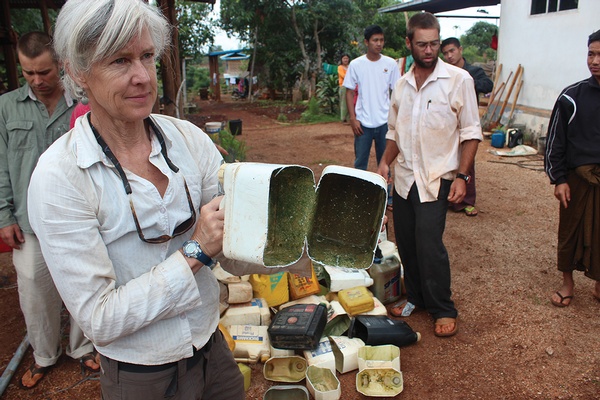 Local resident Kelly Fearney is also interested in clean water, but of the drinking variety. An engineer for local firm FEI Engineers, Fearney is active in Fort Lewis College’s Engineers Without Borders, now known as the Village Aid Project.

Over the last decade, she has traveled a handful of times with the group to such far-flung locales as Ecuador and Laos to help install clean drinking water systems in rural areas.

“Often, their drinking water is not obtained high up in the mountains but lower down,” she explained. “By then, it has gone through farm fields, etc., and degraded. And on top of it, they still have to haul it.”

However, while the newly installed systems address the first part of the problem, they don’t necessarily address the second.

“During one of our trips, a student noticed all these people had been drinking out of dirty containers,” she said.

According to Fearney, in many poor, rural communities, water is hauled and stored in any container people can find, from old paint cans to spent fuel containers. Often, residual chemicals linger in the containers, leading to health problems, from headaches to cancer. In addition, these contaminated containers are not properly cleaned over time, creating a breeding ground for bacteria and leading to GI problems as well.

As a result, the college started the “Clean Jug” program, whereby clean drinking and hauling vessels are provided to each family in a village.

“It goes hand in hand with having clean water and learning how to store it,” Fearney said.

Fast forward a few years, and Fearney and her husband, Tae Hillyer, are brainstorming for new business ideas. “I always liked Tom’s buy-one-give-one model,” she said of the immensely popular company that donates a pair of shoes (and now everything from glasses, water and bullying prevention) for every pair bought.

And that’s when the light went off: selling reusable metal water bottles, and for each one sold, donating a jug to the Clean Jug program.

The resulting brainchild, BOGO, was launched on Kickstarter last month (search “bogo bottle” at kickstarter.com.) The couple hopes to raise $28,000 by Nov. 17 to get the project launched. For a pledge of $30, donors will get a double-walled, stainless steel bottle in the size (16 or 20 ounces) of their choice, and a jug will be donated to the Clean Jug project.

The money raised through Kickstarter will go toward buying the bottles – which are only available in lots of 1,000, Fearney said.

According to Fearney, much thought was put into selecting the bottle, considering everything from graphics to ease of cap usage. “They are made in the same factory as Hydroflask and we have pretty competitive pricing compared to other bottles of similar quality,” she said.

As of this week, BOGO was about 17 percent of the way to its goal, but Fearney was optimistic. (Hint: metal water bottles make great holiday gifts.) “We hope once it gets off the ground, BOGO would be more on the ground, handing out the jugs,” she said. “But for now, we are relying on FLC to donate them.”

In fact, even without selling a single one of their metal bottles, BOGO in cooperation with FLC and various humanitarian organizations around the world, has already donated hundreds of clean drinking water containers in Myanmar and Nicaragua. Which means hundreds of fewer people drinking old paint or antifreeze and getting sick.

And clean water, for critters and humans, is something we can all drink to. 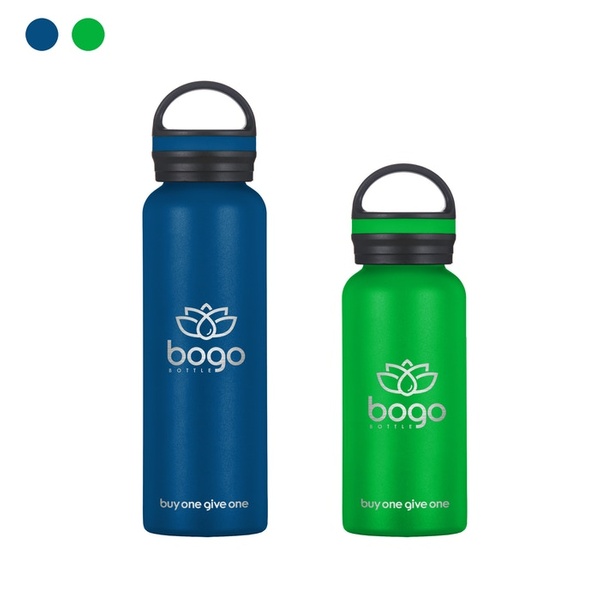