Mama said there'd be days like this
In a Keillor-less world, local author's short stories help fill the void 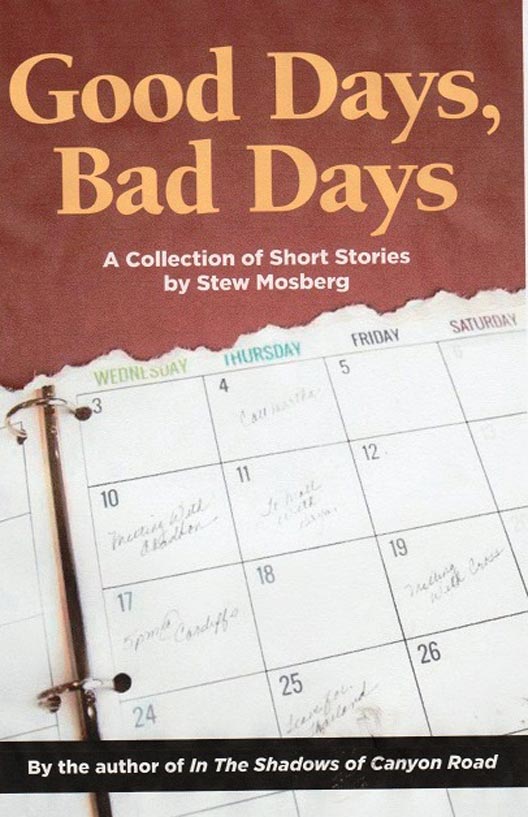 Garrison Keillor is a nut. A nut for the stories and tribulations of the world around him.

As a kid, I heard all his made-up worlds of Lake Wobegon on “A Prairie Home Companion.” In Stew Mosberg’s newest book, Good Days, Bad Days, a similar pathology for tale telling is found in the collection of short stories. The book has such a breadth of material, it’s as if a hoarder started collecting lives instead of pizza boxes. The latest in the artistic endeavors for the local author, the book shares the same intrigue for the tick-tocking of life that Keillor hit on with his own show.

This is Mosberg’s second work of fiction; his first, In the Shadows of Canyon Road came out in 2015. Outside of novels, Mosberg has worked in graphic design and regularly covers the local arts scene for the Telegraph. Much like in his first book, which was dubbed a “Santa Fe soap opera, his love of art is present in his new book, as well. He

frequently explores everything from the lives of struggling artists to art thieves. This in addition to every other type and style of tale you can imagine – and perhaps some you can’t.

While reading this book, I imagined Mosberg sitting at the Durango Coffee Co. and watching the people go by. Whenever he saw someone who seemed a step out of phase with the rest of the world, he quickly imagined a backstory and conclusion for their lives. Invariably there would be a twist at the end that would either redeem them or damn them to bad days ad nauseum. While this isn’t exactly Mosberg’s process, he admits it isn’t far off.

“My inspiration can come from almost anything, or anyone and anyplace; a movie, something on TV, in the news,” he said. “I read periodicals and magazines such as Vanity Fair, The Smithsonian Magazine and the NY Times (and the Telegraph). There’s enough fodder in those to spark book after book.”

I, for one, am glad I don’t exist in the worlds created by Mosberg. The lives of his characters can be bleak. In “Carmine’s Fight,” a young kid on the streets is saved by a cop who runs a boxing program

for down-and-out teens. The kid, Carmine, quickly demonstrates his potential, and it isn’t long before he grows up and goes pro. Soon, he’s the best around and no one can take him down.

Until, of course, a new up-and-comer knocks his daylights out. When Carmine wakes up, he has serious brain damage. We see him last as a parking attendant. That is the general arc for most of Mosberg’s stories. Swung

from great highs to crushing lows, the characters are lucky to be on their feet – or even breathing – by the end. Perhaps the point is to show us just how fickle and flickering fate can be.

One thing about Good Days, Bad Days, for a 280-page book, it has a lot of tales to tell. Thirty-one to be exact. This makes this book great to leave on your coffee table or bed stand. You can pick it up for a little while and put it down quickly, having cruised through two or three vignettes. That being said, all the stories quick step through the plot, so while some can be a roller coaster of events, the character development doesn’t always keep up. One example is the story “Douglas and Louise.” Here, a couple in the later stages of life have to deal with moving on. The wife succumbs to cancer and the husband hits the bottle hard. By the end of the story, the husband has survived a stroke and detox, and has regained his will to live. Yet, that happens in 71⁄2 pages. It reads like your best buddy telling you about the recent tragedies of a mutual friend. They don’t linger on the details of the friend because it’s assumed you already know and care about them.

Mosberg said that quick-stepping nature is exactly what he is shooting for. “We live in a time when everything is foreshortened. The 21st century lifestyle leaves little time for leisure or curling up with a good book,” he said. “Short stories can be read in one sitting, while eating lunch or sitting in a doctor’s waiting room ... The challenge in writing them is that they all have to have a beginning, middle and an end ... and hopefully a resolution. That is what makes them fun to read and to write.”
All of the stories in Good Days, Bad Days should fit snugly inside an overworked life. By the time the doctor calls you or the lunch break ends, you will at least have time to kick-back inside one of Mosberg’s stories.

As most creative writing classes will preach, writing should build relatable experiences shared in unexpected ways. That’s something Mosberg does well. You’ve probably heard most of these themes in one form or another, but Mosberg tries to explore them in different ways. For example, seeing the burning of Shakespeare’s Globe Theatre from the perspective of an actor; living in America as a Japanese-American after Pearl Harbor; or being the alien scientist who first encounters Earth. The ground has been walked before, but Mosberg finds the stones that still haven’t been flipped.

Of all the stories, my favorite was “Transparent.” In this essay, the main character, a well-known archaeologist, is asked to help with the opening of a tomb in Egypt that seems to house a mummified physician. Few are eager to enter when deciphering the glyphs outside reveals there is a curse. Yet, due to a hole in the glyphs, no one is quite sure what the curse is. The protagonist isn’t daunted and proceeds to crack open the tomb. He gets enveloped in a bluish green gas that can only be the curse. The resulting fallout, which I won’t spoil, is creatively imagined by Mosberg.

If you’re feeling a Keillor withdrawal (Chris Thile just isn’t as good) and you’re looking for some good quick tales, Good Days, Bad Days is a great place to get a quick fix. 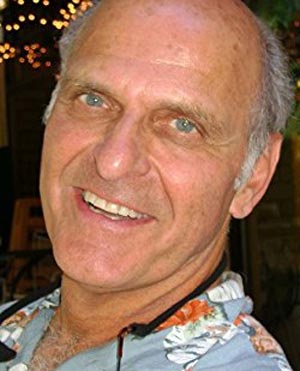