Manna has a new voice
Is the next Adele in our midst? Find out at fundraiser finale 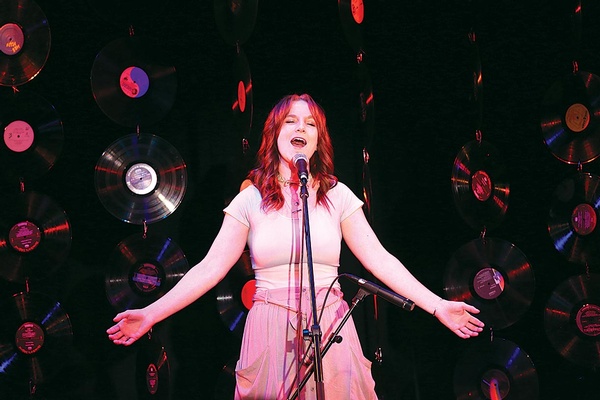 Kayla Christensen belts it our during the semi-finals at the Strater in February./ Photo by Jennaye Derge

It’s like the TV version, but without commercials. Better yet, it is right here in Durango, and YOU get to vote. That’s right: Manna, formerly Manna Soup Kitchen, is returning with its “Durango Voice” fundraiser for a second year.

This will be the grand finale (or “knock-out round,” if you will) for the event, which held semi-finals Feb. 25. From 30 MP3 auditions, 17 contestants were chosen to compete in February with 13 chosen to battle it out for top honors this Saturday at the Henry Strater Theatre.

Only one singer will go home victorious, complete with guaranteed gigs at the Rochester Hotel’s Secret Garden, Balcony Backstage and IAM Music Fest. A firstand second-runner up will be named as well, with each winning gift certificates and free vocal coaching.

In addition, the singer that racks up the most donations for Manna in their name will win a $150 gift certificate for the Seven Rivers Steakhouse.

But all this isn’t for fame, glory and a free steak dinner. The auditions and the finale are the major fundraiser for Manna, according to executive director Kathy Tonnessen. The local nonprofit recently shortened its name (dropping the “soup kitchen”) and unveiled a new logo to better reflect its expanded offerings, which include: a vegetable garden; haircuts; clothing; gas vouchers; dental work; prescriptions; and eye glasses. In addition, Manna also provides backpacks for school children that contain a weekend’s worth of meals as well as a culinary arts program to help build job skills.

So, when the 17 contestants sang their hearts out on the Strater stage last month, they not only entertained a packed house and furthered their own careers, they were helping others with their careers as well. The enthusiastic audience and four judges – all of whom work as vocal coaches for their day jobs – plus MC Bob Griffith, raised the bar for all the contestants. It was a fabulous night of entertainment, smiles, laughter, emotion and, at times, chills.

The original 30 demos MP3s were culled to 17 by event producer Elaine Chick, a management consultant with extensive music industry experience who moved to Durango a few years ago from Vancouver. Chick received all styles and genres of music including pop, jazz, country, folk and rock. The 13 finalists consist of males and females of all ages, some accompanying themselves on instruments, others singing to recorded music.

Chick commented that nerves were a factor in many performances in the semi-finals, and it was the judges’ job to look beyond it for developable talent.

“You could tell when the contestants came out they were very nervous, and of course this affects their performance. It takes a good vocal coach to see through the nerves; to see if the person can bring out more in their voice … It is not an easy job.”

But in the weeks leading up to the finals, the 13 contestants were given the added bonus of training with the judge of their choice. The judges – Nuriya Akers, Kevin Bell, Jill Holly and Caprice Fox –have all donated their time and talent to the project.

Fox came to Durango from Virginia less than a year ago and is the owner of Music Joy, a local voice coaching practice. Having trained and sung professionally in New York for years, she began a Manhattan-based voice coaching practice 15 years ago. That experience gives her a unique vantage point from which to judge the competition, and her opinion is nothing short of glowing.

“If I could have, I would have chosen every singer that was participating in the event,” she said of the February auditions. “I thought each contestant showed a great passion for singing, and it came through.”

Bell concurs. Born in Farmington, he has lived in Durango for nine years, the last seven of which have been spent teaching voice and working with choirs. “The talent pool was really great this year,” he remarked, “It was such a difficult competition to judge because the singers were all so good.” As far as the actual coaching sessions, Bell said the greatest challenge was coordinating his coaching style with the singers, who have very different backgrounds and styles.

He admitted the short amount of time in which to train was a challenge as well. “In a situation like this, we have a very limited time to get the same level of performance I expect from all of my students,” he said.

The first “Durango Voice” was conceived last year by Malia Durbano and local designer who goes by her first name, RubiStarr. The two, who were in the same networking group, got the idea after collaborating on the successful “Dancing With the Durango Stars” fundraiser for the Durango Derailers, which pays for transportation costs for local kids’ cancer treatments.

“We thought, ‘The dancers got to showcase their talent and raise money, so let’s allow singers to do the same,’” recalled Durbano, who is currently living in Nepal. “There are so many talented people in Durango.” When asked by Durbano to help, RubiStarr was initially reticent because she wanted to remain focused on her graphic design business. However, she quickly had a change of heart. “After a bit of reflection, I realized that it was going to be such a wonderful way to give back to the community,” she recalled. “Next thing I knew, I was her partner, helping produce the events and handle the decorations, marketing and graphics, among other things.”

However, with Durbano on the other side of the world, Chick has stepped in to take the reins, with RubiStarr working alongside her on decorations and design, including the event’s superlative Art Deco style poster.

Enthusiasm for the finals is palpable and ticket sales have been brisk. So, if you’d like to have a part in discovering Durango’s newest voice – as well as bragging rights to say you heard them first – get your tickets now. www.henrystratertheatre.tix.com. 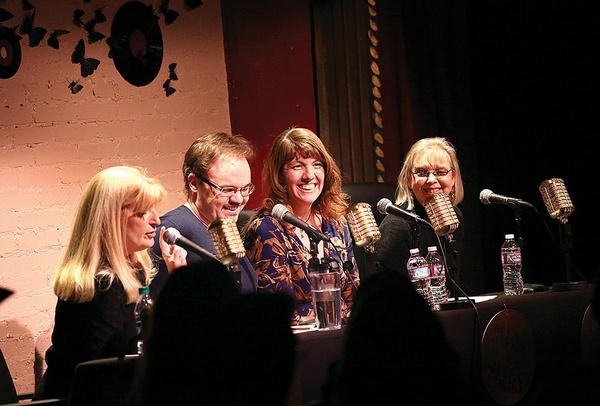 What: “The Durango Voice” finals

Where: The Henry Strater Theatre

For info go to: www.mannasoupkitchen.org