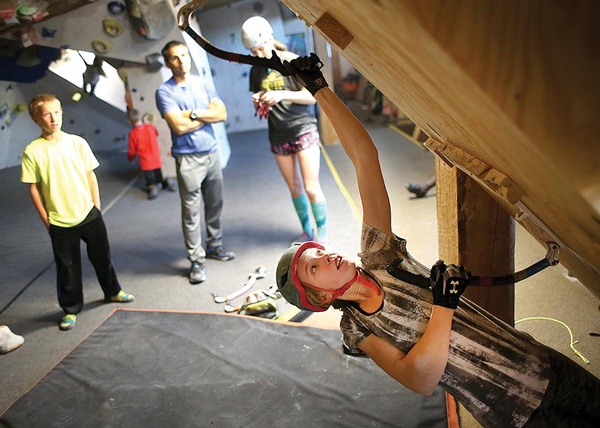 Durango is receiving an early holiday gift that’s bringing a little more fame to our town.

From Dec. 14-17, The Rock Lounge and Ska Brewery will be hosting the U.S. International Climbing and Mountaineering Federation (UIAA) Ice Climbing World Cup Championships – a big deal as it is the only UIAA ice climbing championship held in North America. The competition is one of six World Cups held this winter, with others taking place in France, China, South Korea, Switzerland and Italy.

But what makes Durango’s World Cup event even more special is the teamwork behind it. Rock Lounge owner and event organizer Marcus Garcia received the phone call only four months ago about taking over hosting from Bozeman, Mont., where the comp was previously held. He immediately began gathering a team of volunteers to help push the event forward. First item on the to-do list was to build a mixed – “dry” and “ice”– climbing wall. The wall, which must be within UIAA regulations, will have 40 feet of climbable surface, sit at a 45-50-degree overhang and have 10 percent “ice,” or rather, synthetic material acting as ice to avoid melting. It will stand in all its glory at the south end of Ska Brewing’s parking lot, providing a unique venue and the chance for spectators to sip beer while watching the final rounds of the citizen and pro adult competitions Dec. 15-17.

But before the beer sipping starts at Ska, there is plenty going on at The Rock Lounge, Dec. 14-15, as youth teams from around the country go head to head in speed and lead climbing competitions. For Garcia and other Rock Lounge coaches, the youth are the ones to watch.

“What I don’t think people understand is that you have to have the youth involved,” Garcia says. And that’s how the International Olympic Committee sees it. Garcia is a driving force in turning ice climbing into an official sport for the 2022 Beijing Winter Olympics. As a result, his efforts are focused on coaching and mentoring the youth teams more than ever.

A few of his star prote?ge?s will be competing for the World Cup here in Durango and also the Youth World Cup Championship in Champagny-en-Vanoise, France, next February. Garcia is hoping the experience will pave the way for them to eventually compete at the Olympic level.

“I’ve seen them come in at 6 a.m. some mornings before school,” Rock Lounge “helper” and the event’s media coordinator Lindsey Hamm, says. Garcia regularly opens the gym early just so the young competitors can train before they go to school.

“I’m passionate about the UIAA, but mostly about these kids ... where I have the most passion is seeing these kids just crush it,” Hamm says. “When I see Marcus and other individuals take time for them he takes time to do a lot for the individuals who want to strive to be the best it makes me a little teary eyed because these kids are like my kids.”

But it’s not always just about the kids, or even the competitors. Both Garcia and Hamm see the UIAA Ice Climbing World Cup as a way to bring the community together to get inspired about the outdoors and having fun. They also see it as a way to put Durango on the map as a premier climbing mecca and highlight another winter sport as an alternative to skiing.

“We’re just trying to get the attention of new climbers who want to try something new. We want them to get involved and we want everyone who is already involved to get better,” Hamm says.

For experienced climbers, she encourages them to come out and try dry tooling, a newer technique where ice picks are used on dry rock or a surface mixed with ice, i.e. “mixed climbing.”
“This sport is still new in this area, we want more people to join in on this phenomenon,” she says. “It’s amazing, the athleticism.” Hamm says dry tooling requires different muscles to make bigger and more dramatic moves than rock climbing. But even though it might require a lot of strength, anyone can do it – she once watched a 72-year-old “crush it” on an overhanging wall.

“Try something new, go do something different for yourself,” Hamm says about the sport and the upcoming World Cup Championship.

Volunteer coordinator Tiffany Brainerd says that doing something different helps her find balance be- tween her job as a pediatric anesthesiologist and her passion for climbing.
“I’m involved for the love of climbing and to really support the climbing community, it’s definitely my local family including the kids on the local climbing team,” Brainerd says.

She predicts that there are more than 50 volunteers who stepped up to help make the UIAA World Cup a reality, and she is still looking for volunteers during the event to help shoot video and take photos.

On top of everything else though, bringing the community together and putting Durango on the map as a climbing hub is the all-around hope for the four-day event.

“I hope that the Durango community can show up ... if you’ve never been to a dry tooling comp, go,” says Hamm. “I have a 70-something grandmother going, and I’m going to make her swing a tool,” she playfully threatens.

But, for Brainerd, it’s also just about getting out of the house and having a good time. “This event is going to be amazing ... you get to drink and watch people climb? Par- don my French, but f*** yeah. Super stoked.” 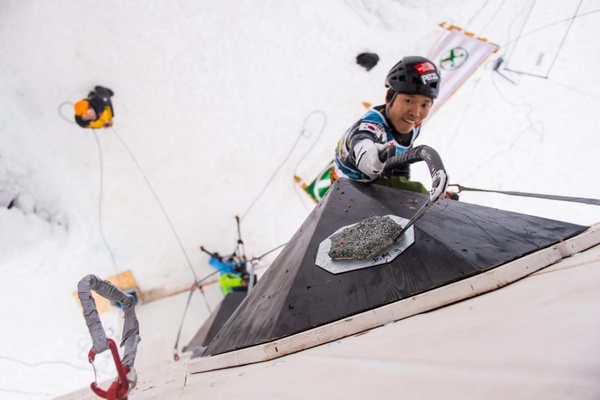 Donate to the cause: A few pages have been set up on GoFundMe. Search “UIAA Ice Climbing World Cup”