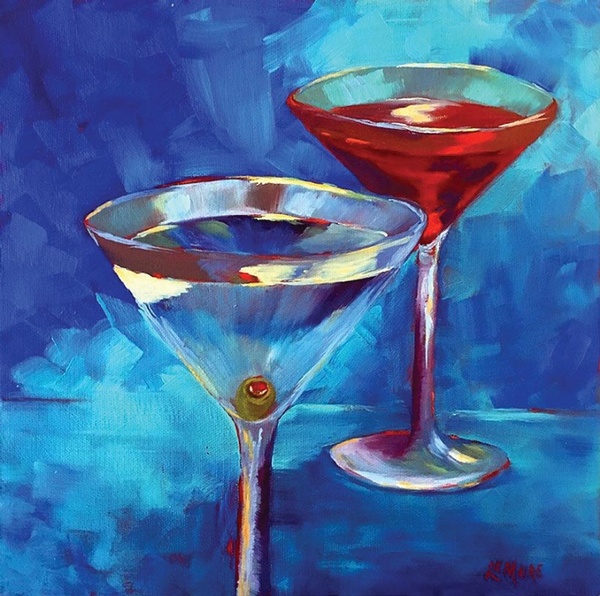 "After Work" by Durango artist Annette LeMaire is one of about 40 pieces on view during Studio &'s first-ever juried show "After."

In the hands of gifted artists, the meaning of a word can lead to many interpretations. Given the chance to do their own interpretation of a simple concept, scores of artists submitted variations on the theme to Studio &’s first juried show, “After.”

As described in the call for entries, artists were enticed with a range of suggestions including: “After having a baby;” “after graduating from college;” “after a death in the family;” or “after the election.”

“Studio & frequently comes up with some off-kilter themes to their shows,” juror and local artist Jeff Glode Wise said. “In this case they chose ‘After,’ which is certainly open to a wide range of interpretation.”

Having recently celebrated its seventh anniversary, the co-op gallery on Main Avenue continues to explore the assiduous arena of art. Its latest foray showcases artists from around the Four Corners region and beyond.

According to original member Tim Kapustka, the gallery remains steadfast in its commitment to being “a working gallery with no boundaries.” Back in 2010, Kapustka saw the venture as an incubator for ideas and a common space for local talent to share a passion for art.

The subsequent progression has included a turn-over of members, one-person shows, exploratory exhibits, performance art, protest art and group shows; all incorporating a fascinating variety of mediums. Which brings us to the current iteration: the gallery’s first-ever juried show.

The gallery enlisted Wise to judge the submissions without knowing just how many responses there would be. A nationally renowned sculptor and jeweler, Wise’s work and collaborations with his wife, Susan, can be found in the permanent collections of the Museum of Art and Design in New York, the Smithsonian Institute National Museum of American Art, Renwick Gallery in Washington, D.C., and the Boston Museum of Fine Art.

Fifty-three artists from around the country, including New York, Florida, Virginia, New Mexico, California, Tennessee, Missouri and Colorado, submitted 108 different pieces, making Wise’s job a massive endeavor. Yet, he managed to whittle it down to close to 40 pieces for the show. In addition to being accepted and hopefully selling their work, the participants will be vying for cash prizes for Best of Show, Second Place and a People’s Choice Award.

In order to maintain objectivity, the names of the artists were hidden from Wise beforehand. “The main criterion for me in choosing pieces for a show is looking for work that challenges the viewer in some way,” he explained.

Visual art comes in many forms, and this show runs the gamut and stretches the limits. “Many of the pieces were directly inspired by the concept,” explained Wise, “but a lot drew on some pretty obscure connections to the idea, so I figured if the artists found a way there, I’d go with it and let the strength of the work guide me.”

Wise had kudos for the Studio’s members for such a huge undertaking. “Studio & is remarkable for the level of creativity and innovation they have been able to sustain,” he said. “It’s a huge amount of work but they’re always doing something challenging, so I’m not 4 surprised that they took on a show that draws from a large area.”

The selected entries are startling in their differences; some are thoroughly abstract, others semi-representational, and more than a few, allegorical. Their connection to the theme “After,” is often obscure and the viewer may question the rationale, but each is provocative and treated with superb craftsmanship. Titles given to most of the entries rarely give a clue to the theme, but at least 10 do incorporate the word “After” in their titles.

New Mexico artist Christa Stephens liked the theme of the exhibit and thought it would be a good opportunity to show her work in the region. Her two accepted entries, “In the Garden” and “Afternoon Jazz” are abstract paintings that express different states of being, she said. “Each one, through visual narrative, invites the viewer to experience themselves as the confluence of humanity and infinity,” she explained. “I was intrigued by the way that sense of timelessness intermingled with the concept of ‘After.’”

Missouri artist Teresa Harris – a frequent juried show entrant – found the call for entries online. She submitted a heartfelt, emotional painting titled “Storm,” a tribute to her father after he was placed in a VA care facility. The haunting painting, she explained, was the result of her “overwhelming sense of sadness, helplessness and displacement.”

Durango’s Lisa Self has two mono-prints in the show; one a play on words titled “After Math,” the other “After Settling” – each of which is an abstract interpretation.

Perhaps the easiest concept to grasp is “After Work” by Durango artist Annette LeMaire, an inviting and colorful oil painting of two freshly poured cocktails.

The exhibit’s theme also enticed local designer Bill Grimes to enter his first juried show and express his disappointment in the aftermath of the presidential election. Grimes admitted to seeing the show as, “An opportunity to exorcise my frustrations using symbolism in my sculptural work.”

His coffin-shaped wall sconce is as functional as it is metaphorical. “I am frustrated with the direction our country has taken and feel the death of our country in many ways, and money and greed play a big part in that,” he said.

Former artist, and now an attorney in New Jersey, Craig Long submitted an untitled, subdued, cryptic piece that conjures a depth of emotion likely to affect viewers long after the exhibition. With many more artists represented in the show and a variety of creative interpretations on hand, Studio & has, yet again, put together a unique and stimulating display not readily available in the Four Corners. 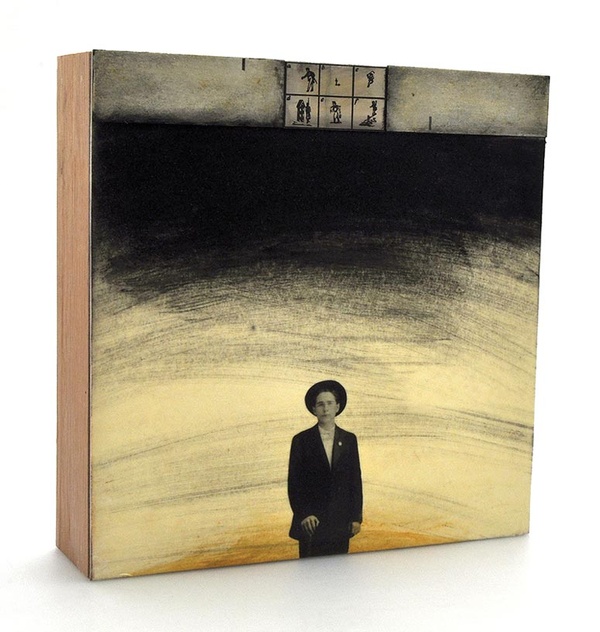 Missouri artist Teresa Harris' "Storm," a tribute to her father. 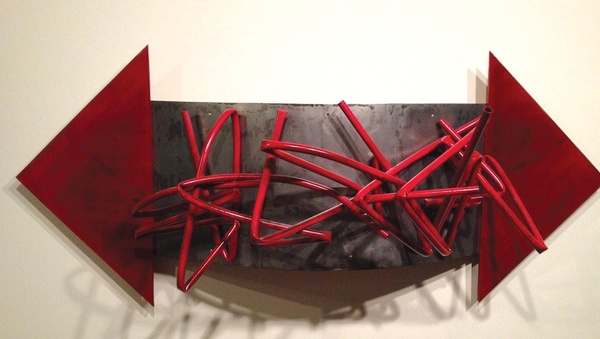 Mike Sexton’s sculpture “Reasoning of Self”

What: “After,” a national juried art exhibit, opening reception