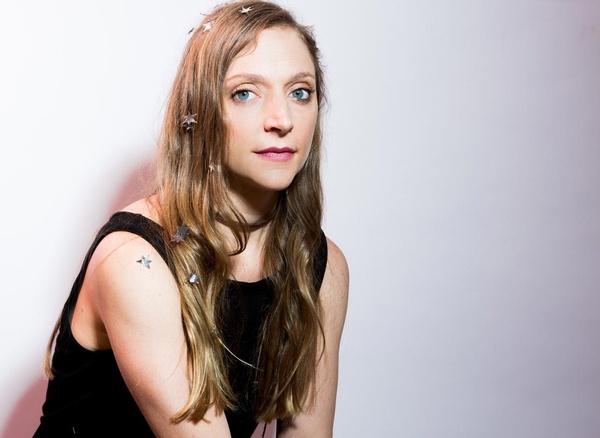 Whatever your taste in music, odds are some of your favorite flavors will show up in Eilen Jewell’s musical fusion this week at the Henry Strater Theater. Jewell and her band will begin a tour in support of their latest album, “Down Hearted Blues,” in Durango on Thurs., March 22.

“We’re hoping to have some new original tunes by that time, as well,” Jewell (whose first name is pronounced “EE-len”) said in a phone interview from her home in Boise, Idaho. “It’s still anybody’s guess what it is that I’m doing, because I often don’t know until I’ve done what it is.”

Whatever she’s doing now, listening to what she’s already done is a trip down back roads and coastal highways. Jewell has long been a public-radio favorite for her impossible-to-define music. This writer’s best stab is to call it country-rockabilly-surfer-blues-folk-rock. Her sound would be as welcome on the “Pulp Fiction” soundtrack as in a honky-tonk roadhouse.

She has a knack for infusing old things with her own vivaciousness. This proclivity shows itself whether she’s reinventing Loretta Lynn or braiding genres together in her own music. For “Down Hearted Blues,” her 11th release, she took a detour from recording originals to dance with the blues music she fell in love with early in life.

“They were all easy for me to champion in a way, because I’ve been loving most of those songs for a long time,” Jewell said. “Some of them were new discoveries to me too, but I feel very at home in the blues as a genre because that was really one of my first true musical loves. ... Right from the first listen, something clicked for me.”

And it’s clicked with music lovers, too. “Down Hearted Blues” was voted among the top 50 best albums of 2017 by readers of No Depression, the venerable roots music journal.

The blues are a participatory genre, with musicians putting their own spins on classic songs over and over. That’s part of the reason Jewell loves the blues so much. But the blues also bear a ton of historical and cultural weight. Those contexts caused internal struggles when she started making these songs her own.

“I had to fight past this inner voice that was saying, ‘You don’t really have a right to sing the blues,’” she admitted. “It’s possible that I don’t have a right to sing the blues because I am a white girl from Idaho. But really, I was coming from a place of love, and I just genuinely, earnestly have a deep love for the blues. And so I was just going on faith  that maybe that’s what would come across, and at the very least it would be a fun record for us to put together.”

But Jewell didn’t sound content with putting together a fun record. As she does with so much of America’s music, she had to make every song her own.

“You don’t want to replicate,” she said. “Why redo these songs if they’ve already been done so well? Really, the answer is just that ... I’m just trying to keep that flame alive, the best way I know how.”

This isn’t Jewell’s first show in Durango. She last played here, also at the Henry Strater Theater, back in 2014, and has performed here at least a couple times before that. Some things have stayed the same; she still performs with her versatile band, consisting of guitarist Jerry Miller, drummer Jason Beek and upright bassist Shawn Supra.

But other things have changed, so don’t expect Jewell to be the same musician. Working with these blues songs has encouraged her – forced her, almost – to sing in ways that are different from her originals.

“They’re more physical songs,” she said. “They’re more challenging, and they require a lot more air than a lot of my original tunes. ... I think they’ve taught me how to be a better singer.”

In other words, Durango is in for an Eilen Jewell they’ve never seen before. And it’s not just special for Durango – it’s special for Jewell, too.

“I’ve always been fascinated by Durango,” she said. “It might sound a bit heavy handed, but it’s a dream come true to get to spend a little bit of time in the town.”

In fact, her time here goes back to before any of us had ever heard of her. She attended St. John’s College in Santa Fe and would drive through Durango on her way to and from school.

“It just seemed like such a cool town.SoIkindofputitonmylist of dreams to go there and check it out,” she said.

For someone with an album titled “Sundown Over Ghost Town,” there’s little surprise that Jewell is

intrigued by Western towns. “A lot of the wild west-looking towns that I’m familiar with, at least in this part of Idaho, are ghost towns,” she said. “So I think it’s really neat to go to a wild west-looking town that is also buzzing. There’s things going on, people are clearly happy to be living and thriving there. There’s just an energy.”

Plus, there’s the added bonus of playing the Hank. Jewell said she loves playing old places with history and character.

“That place has so much personality,” she said, “and we had such a great time. The Durango audience was very lively and appreciative. So it’s really something we’re looking forward to again.”

Whether we get treated to a heaping helping of the blues, or any of Jewell’s latest efforts – for the first time, her songs may be leaning political, though she’s not promising (or threatening) a protest album – this is a chance to see a performer who’s long gone out of her way to see Durango. Just don’t go in with any expectations, because you never know what you’re going to get with her next song. And that’s the beauty of listening to a musicologist like Eilen Jewell in action.

What: KSUT presents Eilen Jewell and her band; the Cannondolls open