OnStage: From Baskerville to the Bard
Merely Players lifts curtain on new season 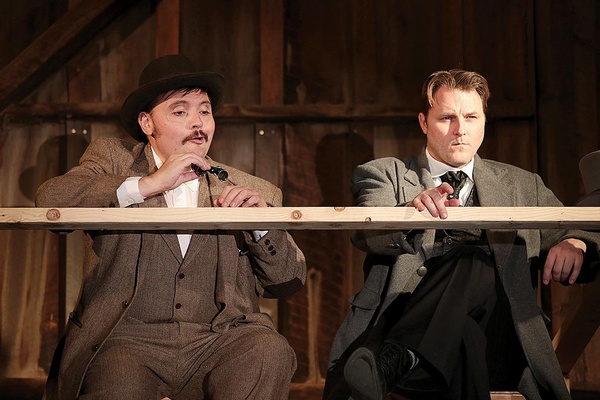 Merely Players is selling out, but in a good way. Typically, sales for Durango’s theatrical treasure are brisk and tickets go quickly.

And this season promises to be no different. Artistic Director Mona Wood-Patterson recently announced the four vastly different plays scheduled from Sept. 29 – June, 2018. They are “Baskerville: A Sherlock Holmes Mystery;” “A Wrinkle in Time;” “Fiddler on the Roof;” and “A Midsummer Night’s Dream.”

The diverse array is just one indication of the ambitious, always-pleasing and professional productions the company stages. Not having a theater of its own, Merely Players is referred to by Wood-Patterson and husband Charles Ford, who serves as technical director, as a “found space” company, resorting to wherever or whatever is available in which to rehearse and put on a show.

“There are several places in town where we rent space for rehearsal,” Wood-Patterson explained. “Animas High School has been particularly open to letting us rent their facility, and we greatly appreciate it.” 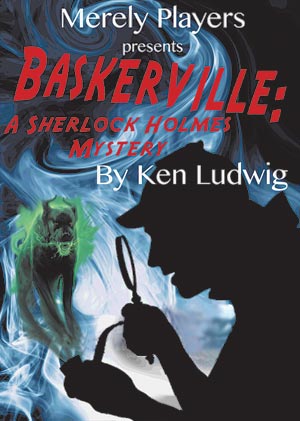 But not having a permanent location means any performance they decide to pursue must fit the venue, accommodate sets and audience size, and provide rehearsal space. For example, “Baskerville” is being staged in a barn at Mama Llama Ranch, on the mesa off County Road 220. The Bank of Colorado is providing use of its conference room for “A Wrinkle in Time,” and “Fiddler” will be staged at the Durango Arts Center theatre.

“We will rehearse offsite and move in two weeks before the show opens,” Wood-Patterson explained.

Then, next June, “A Midsummer Night’s Dream” will be staged al fresco at James Ranch, beneath the Animas Valley’s red cliffs. According to Wood-Patterson, after the success of 2015’s “Much Ado About Nothing,” which was also staged at the ranch, the company received requests for more Shakespeare outdoors.

As might be imagined, operating in different spaces is a massive endeavor. “We have to adapt each space by moving everything in – lighting equipment, sound equipment, costume stations, (and) all of Charles’ tools,”

Wood-Patterson said. But the company is more than grateful to the folks who open up those spaces for use. “Without those wonderful, willing people, we would be unable to continue as a theatre company,” she said.

Wood-Patterson and husband, Ford’s, reputation as highly creative and consummate professionals draws actors and technicians from all over. Yet they also invite Durango High School alumni who are now professionals to participate in specific plays; this season it will be “A Midsummer Night's Dream.”

The first production of the season is a Sherlock Holmes Mystery, a mad-cap version of the legendary sleuth’s most notorious case, “The Hound of the Baskervilles.” The roles include: Holmes, played by Jason Lythgoe; Dr. Watson, performed by Jeff Cordell; and three other actors, who astonishingly fulfill nearly 40 roles. If you saw the Players’ “39 Steps” in 2013 and chuckled or even guffawed your way through the mayhem and hilarity, “Baskerville” is definitely for you. The frenzied cast breathlessly entering and exiting the stage is pure choreographic wizardry and so much fun to watch.

As an actor, Lythgoe has amassed an enormous fan base along with critical acclaim, having received many regional and local theatre nominations and awards, including Best of the Springs and Broadway World. Local theatergoers will remember him from his recent roles in “God of Carnage,” “The Secret Garden,” “Fool for Love” and the Strater Hotel’s “Guitar Strings, a Cowboy and a Lost Peacock. Like so many regional actors, Lythgoe loves working with Merely Players.

“Their love of the craft and desire to bring quality theatre to this community is amazing, and I'm honored to be part of the journey with them,” he said. “It's been an absolute pleasure to find such a vibrant and supportive theatre community here in Durango.” The role of Holmes, already famous through books and film adaptations, comes with preconceived impressions. And in order for Lythgoe to make it his own, he had to challenge himself. “I like to give my own spin to (a role) instead of a carbon copy of a popular version people already know,” he said. “Taking the excitement of the modern Holmes and the brain of the classic version was a nice place to start for me.”

He admits that staying in character in a play with so many other roles is a test of an actor’s focus. “Being the ‘straight man’ to the wackiness of this show's style is tough,” he said. “Ian (Thomas), Joey (Panelli) and Katie (Dittelberger) are so funny with their multiple characters and voices, it's hard to keep in character and the laughter stifled.”

Creating the role of Watson also has its idiosyncrasies, noted Cordell. “My challenge with Watson is being different from, yet complimentary to, Jason's Holmes,” he said. “Up until Mona invited me to audition, all I knew of Sherlock Holmes and his crew was the line, ‘Elementary, Dear Watson,’ which, ironically, has never appeared in a Sherlock Holmes novel.” Since being cast in the role, he said he’s read the novel, listened to the audio book several times, and even seen the 1939 movie version.

Cordell’s theater credentials include three seasons with Farmington’s Sandstone Productions and San Juan College. He is dedicating his performance in memory of both his late brother and mother. 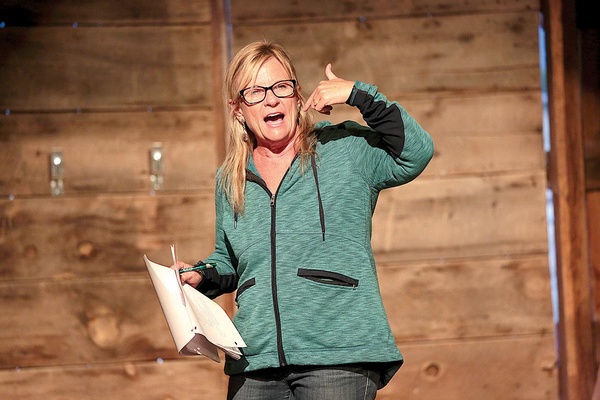 What: “Baskerville: A Sherlock Holmes Mystery”

Where: The Barn at 123 Mama Llama Lane

Tickets: $25 at www.merelyplayers.us or (970) 749-8585. Merely Players also offers variable season subscription packages and “flex passes” that include a small discount.