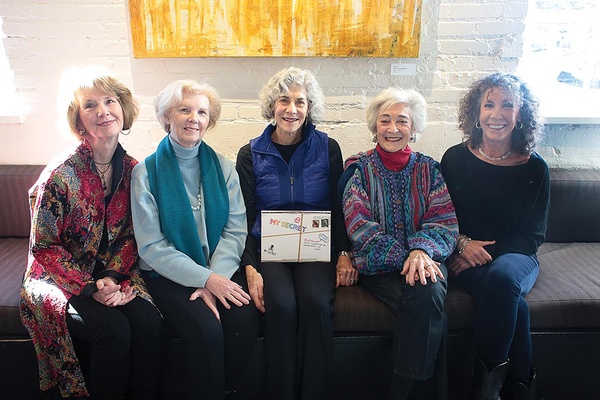 Members of New Face Productions, from left, Debra Parmenter, Regina Hogan, Carol Solomon, Phyllis Max and Christina Erteszek gathered at the Durango Arts Center recently. The advocate arm of the DAC, the group is helping to bring "PostSecret: The Show" to the Concert Hall next week. Proceeds will go to Big Brothers Big Sisters La Plata County for suicide prevention./Photo by Jennaye Derge

It is no secret, but frightening nonetheless that teen suicides have skyrocketed around the country. According to a 2017 report by the Centers for Disease Control, there was a substantial increase in suicides among U.S. teens from 1975-2015. From 2007-15 alone, suicide rates doubled among teen girls and increased by more than 30 percent among teen boys. Appallingly, Durango has seen more than its share and has one of the highest rates in the state.

Conscious of these statistics, New Face Productions (NFP), the nonprofit known primarily as an advocate of the Durango Arts Center, recently turned its focus toward the written word and the impact it has on uniting us all.

Beginning with last September’s “Love Letters” and the upcoming presentation of “PostSecret: The Show” on Wed., Feb. 7, NFP seeks to use the shows to help finance programs aimed at preventing suicide among school-aged children.

Organizers felt “PostSecret,” based on the popular website where people anonymously confess secrets via postcards or online submissions – was the perfect fund-raising vehicle for suicide prevention. Through its site, www.postsecret.com, and now the live shows, the project continually presses the life-affirming message: “You are not alone.”

“PostSecret is a celebration of the written word. It seems to be an ideal venue for enabling expression and addressing concerns of today’s youth,” Regina Hogan, Chairwoman of New Face Productions, explains.

PostSecret got its start in 2005 in Washington, D.C. Created by Frank Warren, he saw the site as a sort of community public art project.

“I think of each postcard submission as a work of art,” says Warren. “And as art, secrets can have different layers of truth. Some can be both true and false; others can become true over time depending on our choices. Sometimes a secret we keep from ourselves only becomes true after we read it on a stranger’s postcard.”

Since its modest start, the premise has grown, with Warren’s original work featured at the Museum of Modern Art in New York City and Smithsonian Institute in Washington, D.C. Today, the project has grown to 1.5 million Facebook followers, half a billion visitors to its website, 1 million postcards, six bestselling books and more than $1 million raised for suicide prevention.

Described as funny , thought-provoking and inspiring, the stage adaptation is a collaboration between Warren and Canadian theatre veterans TJ Dawe, Kahlil Ashanti and Justin Sudds. The show is described as “an immersive, poignant journey through the humor and humanity of the personal stories we keep to ourselves, and on rare occasions, share with others.”

As an added bonus for Durango audiences, Warren will be attending the performance and is expected
to be on hand following the presentation.

In addition to the three actors, the storytelling will be enhanced by images, video and a guitarist to help guide the audience through the crowd-sourced narratives. The stories will be based on postcards received by producers in the mail, online and from local audience members. Setting the confessional tone, each actor will begin the show by also telling a secret of their own.

Past performances include numerous instances of touching and emotional moments, such as a woman who tells her child there is no Santa because she can’t afford to buy presents. In another, an illegal immigrant tells how he plans to jump off the Golden Gate Bridge. And in yet another, an anonymous writer pleads, “Last year was the worst year of my life. This year will be better, right?”

Vancouver Presents, a performing arts magazine based out of Vancouver, B.C., remarked on the “strangely uplifting” communal magic of the show. “One can’t help but leave feeling some hope for humanity when we can laugh at the fart secrets but, more importantly, we can also find a common emotional response to the more profound.”

Locally, anyone can submit a postcard anonymously and drop it in one of three special mailboxes located in the lobby of the on the night of the performance, the Concert Hall lobby. Postcards will be selected at random to be included in the show.

People sharing their thoughts need not be worried they will be unmasked. On the Post-Secret website, producers pledge anonymity. “We are simply the conduits, absent of any authority to change, alter or share them in any way, for any reason.” Experiencing the play, some audience members might well be reminded of the daring of “Rent” or the unsettling honesty of “The Vagina Monologues.” Like the premise behind those two plays, the producers of “PostSecret: The Show” believe it is a breakthrough in audience-sourced story-telling that reaches beyond the confines of the stage, reminding audiences that secrets can be both walls and bridges. “No one is ever alone, which is really the ultimate message of this project,” says Warren.

Anticipating a large audience for the one-night-only performance, Concert Hall Director Charles Leslie said he first became aware of “PostSecret” through the booking agent. He then watched Warren give a “Ted Talk” and said he was, “blown away.”

Although suicide prevention was not the intended reason for booking the show, Leslie said given the number of suicides in the area, the topic is timely and relevant.

If nothing else, as Warren remarked in that TED talk, perhaps it can help remind us that we are not nearly as alone as we think. “Secrets can take many forms; they can be shocking or silly or soulful,” says Warren. “They can connect us to our deepest humanity or with people we’ll never meet.”

Organizers would like to thank the numerous donations from private residents and businesses for NFP’s youth suicide-prevention project. Donations can be sent to: Community Foundation, P.O. Box 1673, Durango, 81302 (be sure to reference NFP on the memo line). 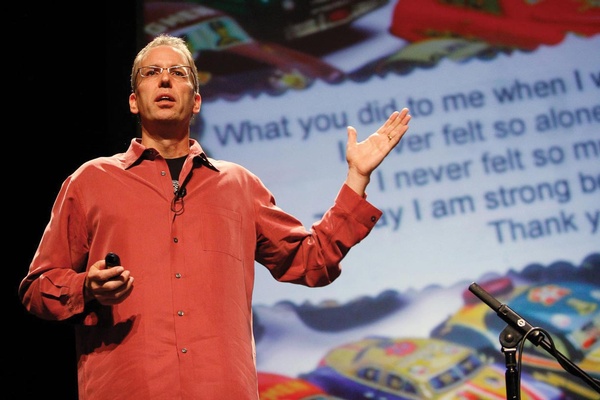 beyond the confines of the stage, remind- ing audiences that secrets can be both walls and bridges. "No one is ever alone, which is re- ally the ultimate message of this project," says Warren. Anticipating a large audience for the one-night-only performance, Concert Hall Director Charles Leslie said he first became aware of "PostSecret" through the booking Frank Warren, founder of PostSecret. The website has seen more than half a billion visitors and he has received more than a million homemade postcards, such as the one to the left./Courtesy photos 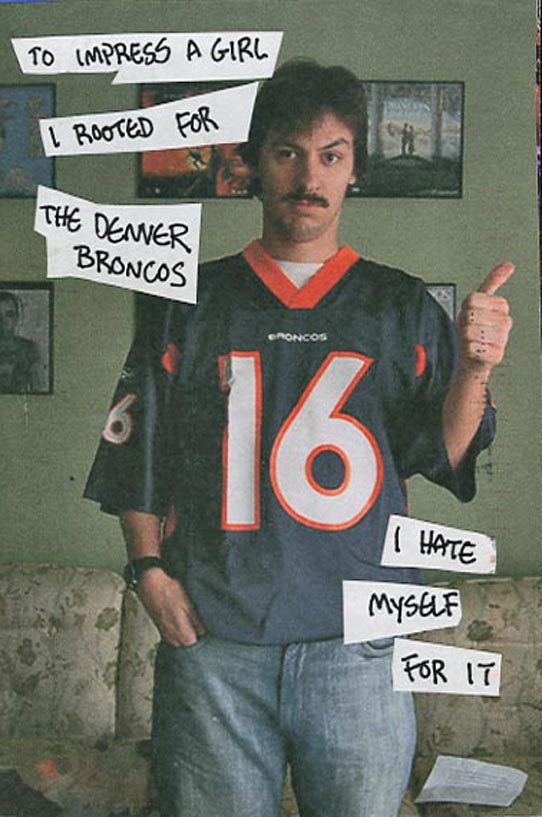 What: “PostSecret: The Show”