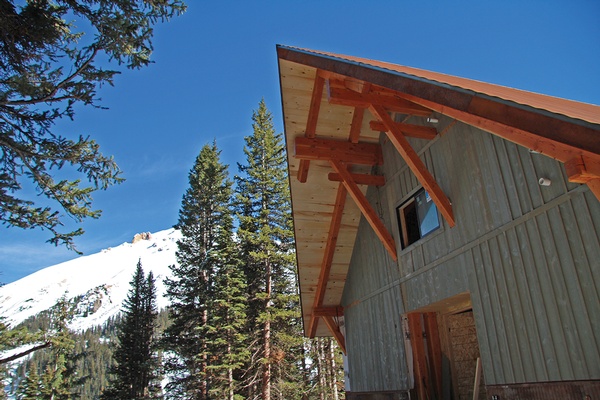 Have you ever wished you could kick off your cold, clammy boots after a day of slaying turns in the backcountry and sit by a roaring fire while sipping a cold beverage? All without having to drive home first?

Then the (almost) newly completed Red Mountain Alpine Lodge may be your dream come true. The lodge, slated to open Dec. 21, caters to backcountry enthusiasts of all stripes, offering a soft place to lay one’s head after a hard day of hot laps in the surrounding San Juans.

But this isn’t your typical slog-your-stuff-uphill-both-ways-DIY-hut-trip. (Not that there’s anything wrong with that.) The 2,500-square foot lodge, which sits a quarter mile north of Red Mountain Pass (on the Ouray County side), was built with the utmost of comfort and convenience in mind, according to co-owner Nate Disser.

In addition to the aforementioned fire and frosty beverages, the lodge includes: hot showers (not required, but always nice to know it’s an option); wi-fi; in-floor radiant heat; private or dorm-style rooms for up to 20 guests; solar power; a sauna; warm comforters; an on-site bar (sorry, no BYOB); and, best of all, two hut keepers to do the dishes and prepare gourmet meals.

But this is by no means the glamping of backcountry lodging, mind you. The lodge still maintains that no-frills, rustic, rugged vibe, courtesy of the post and beam construction handhewn by Wind River Timber Frames, in Mancos. Sitting at an elevation of just over 11,000 feet, it’s not for the faint of heart or lung. (And sorry, visitors will still be responsible for taking off their own boots, putting on their own skins and earning their own turns.)

“We hope it’s a commune of backcountry enthusiasts,” said Brunso, “but not necessarily just backcountry skiers.”

The idea is to cater to all backcountry users – skiers, hikers, bikers, jeepers, leaf peepers, snowmoers and jibbers alike – winter, spring summer or fall. Disser, who said the lodge will also be used for some of his guiding clients, will also offer guests the option of hiring a guide for the day. The lodge also plans to offer avi training to help mitigate risks in the notoriously temperamental San Juans.

Brunso said perhaps the best feature of the lodge is its close proximity to Highway 550. It is nestled in the trees at the foot of Red Mountain #3, about 300 yards from the road – a short hike in, yet virtually undetectable by passersby. He said the easy access makes the RMAL different from some other huts in the state that require longer slogs in, often through treacherous terrain.

The hut was intentionally sited so as not to be obtrusive to the surrounding environs while providing the best skiing experience, he said.

“It’s 800 feet below treeline and right in the heart of some of the best skiing in the San Juans,” he said. “When snow conditions are stable, there is easy access to the high alpine peaks, bowls and couloirs, and when storms arrive or avalanche danger is high, there is plenty of great tree skiing right out the front door.”

Disser said the lodge is the culmination of a years-long effort and an extensive planning process. He first began thinking about the idea several years ago, when he found it increasingly difficult to book hut trips for his clients. “Many huts had to be booked long stretches ahead of time, or we would find ourselves completely shut out because a hut was booked,” he said. He then met Iuppenlatz, who, as it turns out, had been buying up mining claims near the pass. The two got to talking and soon hammered out a vision for their oasis in the mountains.

“It’s more of a Canadian or European style lodge,” said Disser, referring to the amenities, such as running water and good food (although arguably most anything at 11,00 feet tastes pretty good). “In the U.S., there’s not much of that, and it gets booked up pretty far out.”

He said the lodge was built with preservation in mind, specifically preservation of access, open space, the delicate ecosystem and those million dollar views.

“People might not know this, but a lot of land on Red Mountain Pass is private,” he said. “Even though it smells, tastes and looks like national forest, it’s private.”

Overall, Disser and Iuppenlatz bought up 300 acres of mining claims on the pass, some secured more easily than others. “We had to go through a lot of old county records to trace ownership,” he said. “Some were lost in card games.”

To complicate matters, during the planning process, Ouray County put a moratorium on building in the high alpine zone while it reworked its rules. In the end, buildings were capped at 700 square feet per 35 acres. Larger structures, up to 2,500 square feet, could be built provided developers deed restricted – or surrendered development rights to – a certain amount of additional parcels and guaranteed recreation easements.

Disser said he attended more county meetings than he cares to admit, but in the end, the new, stricter regulations were worth it. “We see them as a positive for the high alpine zone,” he said.

So far, he said the buzz over the lodge has been overwhelmingly positive, and he hopes an impending El Nin?o will help bolster that. “I think people are ready for a real winter,” he said.

Already, several outdoor companies – including Ortovox, Black Diamond and Osprey – have booked “corporate retreats.” But, Disser notes, “we’re not by any means sold out.”

Rates for the RMAL start at $139 for a loft room, but a special 25 percent off coupon for stays before Jan. 17, 2019, will be offered to locals at this Saturday’s Hesperus Ski Swap at the Fairgrounds.

“All you need to do is show up with your hut slippers and empty bota bag,” said Brunso.

And of course, boards wouldn’t be a bad idea either.

For more info. on RMAL or to book a spot, go to www.redmountainalpinelodge.com 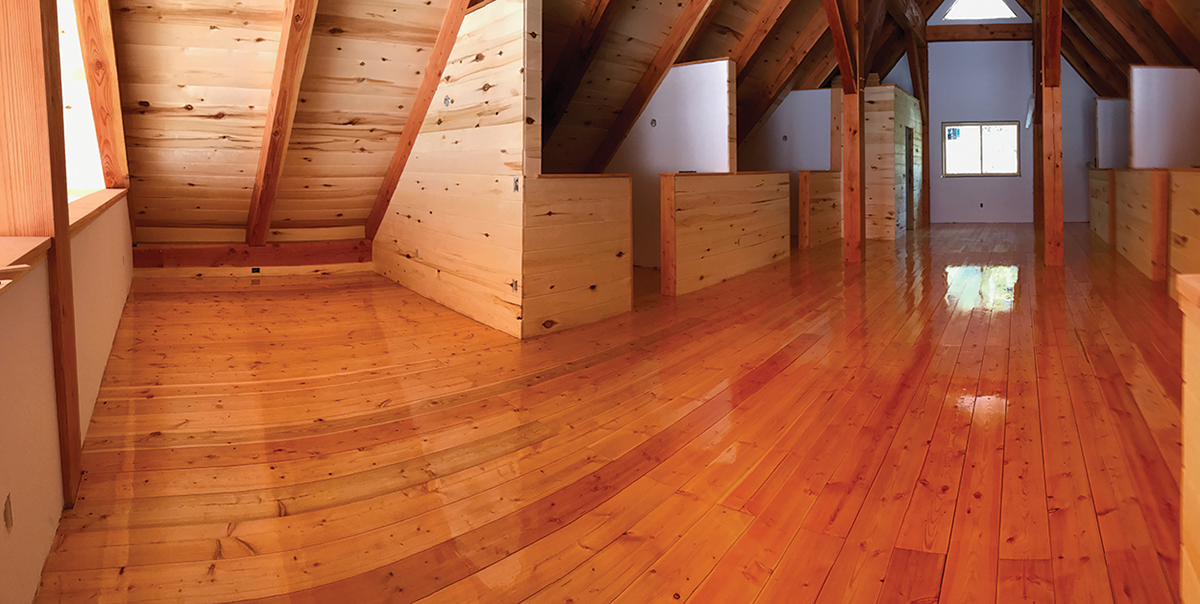 The upstairs dorm-style loft, with room for nine plus a bathroom./Courtesy photo 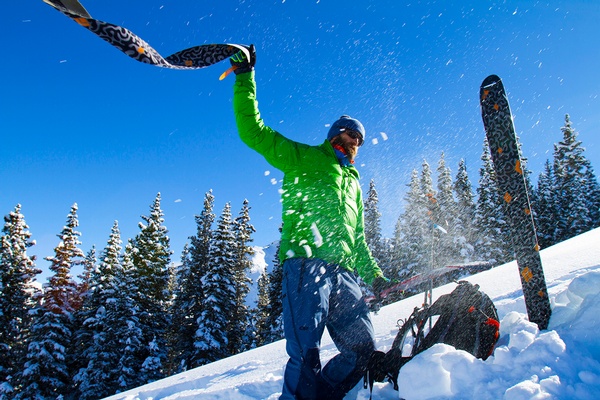 Nate Disser rips off the skins in preparation for another run./Photo by Brett Holman