San Juan Dispatches
A boy and his bikes: A love story 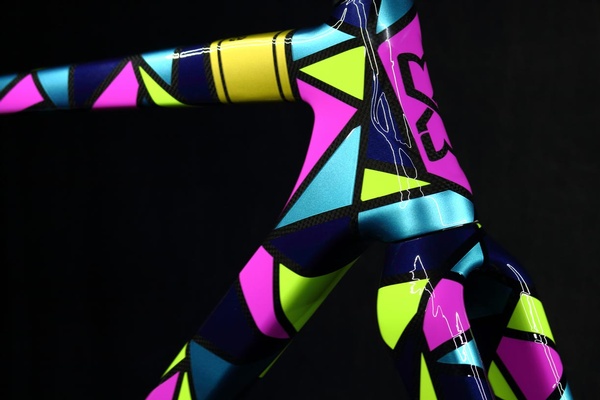 My buddy Nate Picklo introduced me to a love for the bicycle in 2007. I’d just graduated college and moved back to Eagle. Nate and his wife, Tara, had just opened a coffee shop called Yeti’s Grind. I was their first employee. At 27 years young, Nate was tall, broad-shouldered, tan and happy from hours spent playing outside.

A year later, a mole on Nate’s foot ended up being Stage 3 melanoma. When life first dealt Nate this lemon, he took the sour setback as a chance to do what he felt he was called to do. He didn’t make lemonade; he made lemon-colored bicycles – with streaks of hot pink, chartreuse, fire-engine red, glacial blue and every shade in between.

“There’s something about receiving the heavy-handed reminder that, hey, life’s short,” said Nate during a conversation last spring. “What am I doing? Why am I here? I couldn’t just sit back and keep going through the motions, so I started dreaming about exactly what I wanted to do with my life.”

He called his company lov bikes, representing both a passion for the almighty bicycle as well as an acronym for Love Our Valley. It was his way of sharing gratitude for the community that would be by his and Tara’s side through the long, monstrous battle.

The project gave him renewed energy and purpose to endure the cancer treatments. With the tireless support of his family, friends and emerging local cycling scene, Nate got the proverbial wheels in motion and officially launched lov bikes in 2012.

“I hear you can see them from space,” Dave Bohm, owner and supreme ruler of Bohemian Bicycles and Frame-Building School said. Nate attended Bohm’s program in Tucson in 2014.

With over 15 years of entrepreneurial experience and a lifetime passion for cycling, Nate set a new standard for high-end, superlative bicycles. Every design selection, paint job and fine tune was tailored to fit the personality of the rider without compromising performance.

Forged in a warehouse in Eagle that Nate called “the lov shack,” his bikes spoke to not only the elite racer who can notice the difference between carbon layup schedules, but also to the recreational rider who just wants a sexy ride. In short, every bike that left Nate’s hands was an idiosyncratic showstopper.

But he would never take all the credit. Nate had help producing his funky fleet of two-wheeled masterpieces from what he called a lineup of “some great guys” who did top-notch work in their respective disciplines.

“We are cyclists. We are friends. We are competitors. We are adventurers,” read the description of his dynamic team. “We are pain junkies in search of ourselves during the moments when our legs and lungs are screaming the loudest. We are gear heads, immersed in the details of the equipment we ride. We are discerning. We seek the best in ourselves and in our machines.”

But Nate was quick to add that it wasn’t an egotistical thing. “It would be great to say we’re unassuming, but our paint jobs are not unassuming,” he admitted. “So we just want to be approachable and humble but still put out a product that is superior.”

With love as the catalyst, Nate’s mission was to be more than for-profit. “We want to be a company with compassion,” he said.

Fittingly, he partnered with Vail-based cancer support non-profit, First Descents. With every bike sold, Nate donated $100 to a scholarship for cancer survivors and their loved ones to attend an outdoor adventure camp.

But it was a circuitous route. In 2000, Nate entered the engineering program at Baylor in his native state of Texas. But that degree choice didn’t last long.

“Straightforward engineering wasn’t my cup of tea,” said Nate. “I was too impatient.”

So he switched to the Outdoor Recreation and Leisure program, which allowed his inner “gear geek” to blossom. He also earned a minor in business. In his spare time, Nate was on the Baylor Cycling Team and worked at the local bike shop.

“Getting to ride with some of the best cyclists in Texas and work along-side some incredible mechanics at the shop gave me a crash course in the industry. There was always something new to learn. There still is.”

While Nate was quick to give his father a nod for his competitive business drive and his grandfather credit for his engineering aptitude, he said his overall success is a gift from his mother.

“My mother instilled in me a free spirit, good humor and, of course, love,” he said. “No matter what crazy idea I told her I wanted to do, from a little boy till now, she would always tell me I could do it and believed in me.”
For Nate, it took a lemon from the tree of life to reveal this fountain of enthusiasm pulsing in his veins, a heartbeat not to be taken for granted. After eight years of fighting, Nate passed away Nov. 22, 2016. He was 35.

I’d seen him a few weeks before at Aurora Children’s Hospital. It was a room with a view of the Front Range in all its early winter glory. He and Tara had taken a LifeFlight from Eagle the night before only to discover the cancer was going to win.

I was in town for a Bronco’s game when I heard the news. I texted that we were near, and she said we should visit. I bought cookies at the deli across the street from the hospital for the occasion. I wondered how many other people had done the same.

Nothing could have prepared me for the sight of my friend: a skiing and biking machine reduced to a frail, pale body swollen with tumors. I wrapped my arms around him as he struggled to sit up. His head, also covered in tumors, turned up to me to show a puffy smile and eyes heavy with meds and the weight of the world he would soon be leaving.

He was wearing a T-shirt he’d bought a month before. Big letters touted “YOU GOT THIS.” Now Nate’s lemon-colored lov bikes are part of his legacy. Because Nate knew that life is too short to ride an uninspiring bicycle. Or have a wearisome job. Or breathe halfhearted breaths day in and day out. YOU GOT THIS. Go find your passion. Go share your love. Nate would want nothing less. 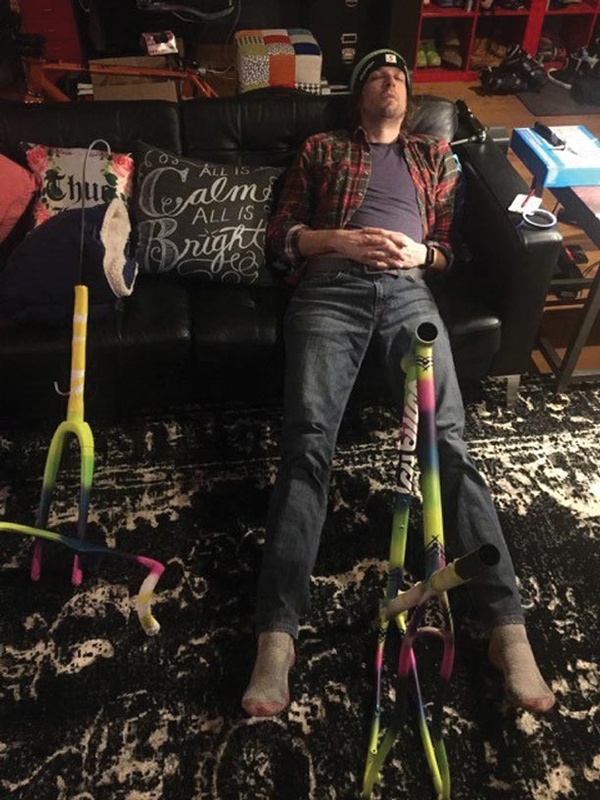