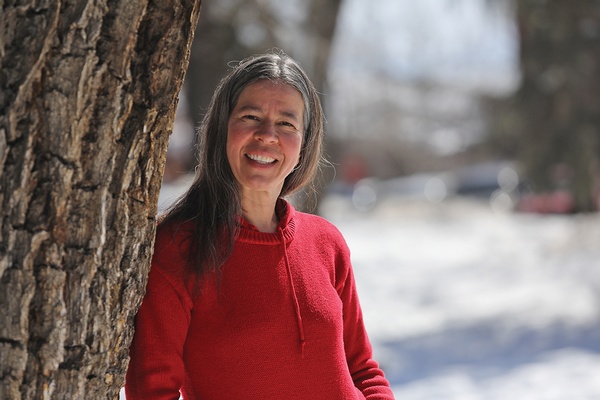 Sara Illsley, above, will perform a concert March 2 at the Durango Arts Center. A native of Mexico, she enjoyed a decade-long recording career there before moving to Durango 17 years ago. Illsley returned to the stage last November and will be playing for only the second time to local audiences. The show is a benefit for the Colorado Rapid Response Network, which provides services to immigrants./Photo by Stephen Eginoire

While Southwest Colorado is still digging itself out from the snow of a lifetime, singer Sara Illsley is bringing some Latin American warmth to thaw our bones and our hearts. She’s playing with her full band, Sara Illsley and Friends, this Sat., March 2, at the Durango Arts Center. Fifty percent of proceeds benefit the Colorado Rapid Response Network, a nonprofit immigrant service provider and advocacy group.

Illsley, a Durango resident, is a native of Mexico, and she performs in Spanish and Portuguese. Yet the band’s sound, while familiar, is anything but traditional.

“This is my music,” said Illsley. “This is the music that I grew up with. This is the way I can express love and fear.”

Since most of the audience may not be fluent in Spanish, she urges them to listen with their hearts as well as their ears. “Don’t try to understand if I said ‘casa’ or ‘mijo’ or ‘perro,’” she said. “Open your heart and hear what’s going on.”

The band’s members – Elle Rio on bass, Ryan McCurry on piano, Ted Moore on drums, and Clay Lowder on percussion – are not, strictly speaking, Latin musicians. But they are classically trained, and they are well versed in jazz. Their versatility in playing  with other textures and experiences, all without the standard, expected Latin guitar, opened new doors for Illsley’s vocals.

That Latin jazz sound is new to her, and she’s loving it. She previously enjoyed a decade-long recording and performance career in Mexico, where she performed with much more traditional Latin musicians. Then, 17 years ago, she relocated from Mexico to Durango to help her sister with her now-closed but still fondly remembered restaurant, Cocina Linda. That move effectively closed the book on her performance life.

Until now. Illsley held her first-ever Durango concert – and her first concert in nearly two decades – last November with her current band. Now, she’s back in business.

“I got back on stage, and I can’t push it away,” she said. “It’s like seeing your ex-lover, and then you realize that you still love him. That adrenaline, that passion that I feel for singing and being able to share so much of who I am, and of course in this case with the musicians doing the same, I can’t just bypass it.”

Illsley has established a good life in Durango. She owns her own travel business, arranging tours to Cuba and other Latin American destinations. She has a family here, and dogs and cats and friends. But almost no one in Durango knew about her vocal prowess. Even her closest friends heard about it only in the abstract.

“Well, you gotta keep some tricks under your sleeves, you know?” she said, laughing. “Seventeen years ago, nobody knew who I was, and you have to kind of let people know slowly what you do and who you are.”

She began singing as a child, when family members asked her to sing at parties and get-togethers. After the birth of her daughter, she sang children’s music professionally for a few years, then trained as an opera singer for two and a half years. While she performed concerts for grownups on occasion, she continued to make her way by singing for kids.

“It’s a different challenge, to sing for children, because it’s a very honest audience,” she said. “You’re boring, and they’ll start screaming or running around  the theater. It was really good training in something that I loved doing.”

It’s also something she never stopped doing, even if Durango never realized it. During her performance hiatus, Illsley was hired multiple times for vocal projects in Mexico. And she’s done so with notable success – one such project, a DVD on which she sings the songs of Cri Cri (Latin America’s most famous children’s singer, rather like Raffi in the United States), has sold more than half a million copies.

Because of releases like this, Illsley is approaching celebrity status in Mexico. But when she comes home to Durango, practically no one knows what she has accomplished. That’s part of why stepping into the performance realm north of the border is a growth experience for her. Going on stage shows who she really is, she says, as much as taking off her clothes and running naked around Walmart (which she claimed she has not actually done – yet). But it also allows her to speak herself with honesty, which is why she still sings primarily in Spanish.

“Of course it had to be Spanish because that is the way that I feel,” she said. “For me, English is a tool, but it’s not an emotional part of who I am. I didn’t grow up completely expressing my emotions in English.”

Illsley also makes a statement by singing en Espan?ol, even if that’s not her intent. She doesn’t need her resurgent vocal career to put food on the table, so she decided that every one of her concerts should benefit a social justice or human rights cause she believes in. She’s an immigrant herself, as is her daughter, so this upcoming show at the DAC will support the Colorado Rapid Response Network.

“In some ways, I am lucky enough that I can speak up,” she said. “But there’s many people who cannot. They have to hide because they’re in fear.”

The Denver-based volunteer organization provides verified information, legal guidance and advocacy to people facing deportation or concerned about the possibility. The nonpartisan also reports when there are immigration raids or other immediate concerns for immigrant populations.

Representatives from the organization will be at the concert to share more about their mission. Furthermore, they will be conducting a volunteer training on Fri., March 1.

People interested in learning how they can volunteer and contribute should reach out to the organization through Facebook.

“I’m happy that I’m able to speak for the ones that can’t,” Illsley said.

For many years, Illsley sang for survival. Now, she’s taken the pressure off by doing it for love – love of singing, and love of the  causes she wants to support. This newfound approach is about to take her around the country. She is in talks to perform in Chicago and San Antonio later this year, and is looking into concerts in other locations with strong Latin populations.

In other words, Durango audiences better not hope to catch her next time. This will likely be her only local performance this year. Wherever and whenever she performs, though, the music for Illsley is all about connecting.

“It is about building bridges with people to communicate and to connect,” she said. “That’s where I find the beauty and the nourishment to do it with more passion, with more love, with more commitment.” 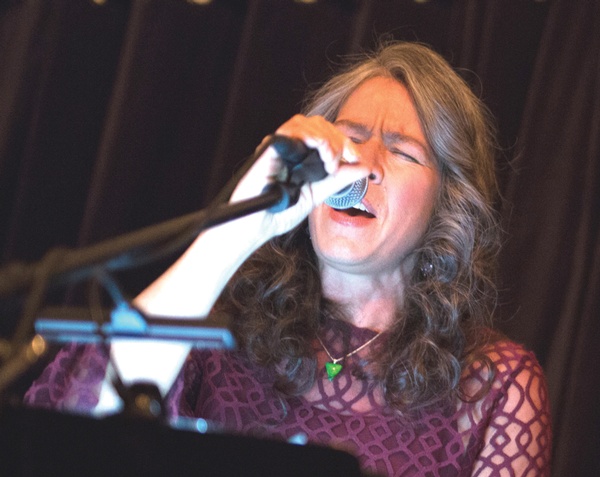 Sara Illsley performs with her band last November in Durango after a 17-year hiatus from public performances./Courtesy photo