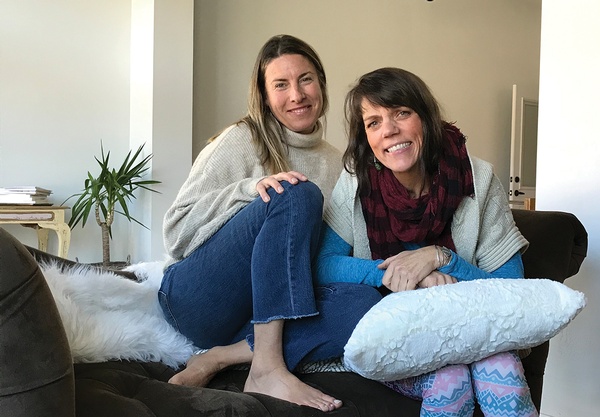 Elsa Jagniecki, left, and Carol Clark, partners in the Union Social House, take a moment to relax and chat about their newest venture in the "Gallery" room earlier this week./Photo by Missy Votel

In case you haven’t noticed, North Main is enjoying a moment right now. And the latest entrant in this micropolitan renaissance is the Union Social House, located at the corner of 31st and North Main in the spot formerly occupied by Underground cycles.

The Social House, which officially opened two weeks ago, is the brainchild of Carol Clark, a local renaissance woman herself. Since moving here in 1990, she not only planted the seeds for the Durango Farmer’s Market but is also the brilliance behind Durango’s Oktoberfest and its first mobile lounge, Toast.

Think of her latest endeavor as part intellectual salon, part family game room (with much cooler furniture) and part communal gathering spot – with sliders and cocktails, of course.

“I wanted this to be something that was social, not super traditional,” said Clark. “It’s supposed to be fun. You can meet friends here or bring family – not so fancy that it’s out of reach or you can’t bring the kids.”

In addition to offering several cozy seating nooks, a 24-foot bar, large farmhouse style tables and a roll-up glass garage door, the Union Social House also offers board games, darts, pinball, a vintage piano and a soon-to-come giant, wall-mounted, magnetized Scrabble board. And when all those gamers work up an appetite, a food truck from Backcountry Gourmet – which also has been enjoying a moment for some time now – is there to keep patrons full and happy.

For those requiring a more intimate social outing, the tastefully appointed adjoining “Gallery” can host everything from swanky soirees to casual shin digs.

“The idea is to make it unique. We can’t do the same stuff because it’s already been done,” said Clark. “I wanted it to be eclectic.”

And eclectic it is, from a custom plastered wall and overstuffed couches and wing-backed chairs to the refurbished concrete floors and blingy chandeliers. The  deer-print wallpaper is worth the price of admission alone (a euphemism of course, being a “public house,” admission is free).

In addition to the modern de?cor, the building also pays homage to its past. Built in the 1940s, it was originally home to a tractor repair shop and later, B&F Welding – both of the old signs still hang inside the bar.

Despite this melding of eras – or perhaps because of it – everything flows with an artsy, feng-shui-y aesthetic – perhaps not surprising since Clark shares the space with four artists. Calling themselves the Muse Design Collective, it is made up of Elsa Jagniecki, a wedding planner and stylist, Emily Lloyd, an upholsterer, Candace Cross, a photographer, and Natalie McLain, a floral designer. Muse operates out of the adjacent Gallery space, although events can and do spill over into the larger hall.

“We are constantly redesigning and reconfiguring the space,” said Jagniecki. From hosting a recent wreath-making workshop to pop-ups and exhibits for artists, the space is whatever someone can imagine it to be, she said. There is even a full storage room of furnishings and props to change up the mood to match the occasion.

"This space is experimental, a blank canvas in a way, inviting people to tell us, ‘What do you want to see happen here?’” she said. “We're hoping it continues to unfold."

In fact, you could say the whole thing has been a bit of a serendipitous unfolding.

The idea to open a social house came to Clark last  summer after she attended a Wednesday Night Bazaar with Toast. “I was busy, really busy for a weekday night, and I realized there’s probably a need up here,” she said.

She began exploring places for Toast to take up permanent digs, but nothing really seemed like a good fit. She left a meeting at one perspective location, and as she crossed the street she saw the “for rent” sign in the window of the building recently vacated by Underground. She called the number and within 10 minutes, the landlord was giving her a tour.

As fate would have it, Jagniecki was also eyeing the building as prospective studio space. One day Clark, not knowing of Jagniecki’s interest, invited her friend – the two have worked together in various capacities over the years, most recently in the wedding circuit – to check out the space with her. Jagniecki gave an enthusiastic thumbs up.

“There's been an energy to this space since the beginning,” said Jagniecki. “To me it felt like a worm hole, like it could transport you to different times or feelings ... it's hard to explain.”

Before long, Clark had signed a lease and set about gutting the 3,000 square foot space. She had been to a few other social houses around the country and thought it would be a good fit for the space and town. Although the previous tenants had given the exterior a facelift and done some work on the interior, there was still much to be done, like pulling weeds and landscaping, moving the bathrooms upstairs, making the space ADA compliant, and adding the bar and a small kitchen.

To say Clark had a little help from her friends is an understatement. She said most of the renovation was done by a small army of about 50 friends, from the amazing hand-plastered wall treatment, which took months to complete, to setting up the beer taps and donating scrap copper for the bar. There were a few bumps along the way, too. When an investor pulled out last August, Clark was forced to tighten the purse strings even further, resorting to garage and estate sales for the furnishings, which were later reupholstered by resident artist Lloyd. For the appliances, she hit up restaurant auctions.

To commemorate all the help she received, Clark has started posting photos of all the folks who lent a hand in the Social House’s hallway. She hasn’t gotten to them all yet – and expects the number to grow.

“It’s been a very collective community project,” she said.

In fact, it was this collaborative spirit that ultimately gave her the idea for the business’ name.

“The ‘Union’ got added later because there was such a coming together, everybody helping each other,” she said. For Jagniecki, the word takes on even deeper meaning. She, Clark, Lloyd and a few others – even Carl, the bartender – are all from the great state of Michigan, something she chalks up to more than coincidence.

“What I love about our Michigan roots is this ‘salt of  the earth’ feeling of hard workers, resourceful people that get the job done, and I thought about how the union has always been an ever-present identity to the industrialism of Michigan,” she said. “It's a little homage to those roots. I even made a Union playlist for Carol with Motown at the core.”

But above all, it’s still a place that is quintessentially Durango. “The Union Social House is about embodying all of this – our past history, present state of being and future – what do we want to create together?” said Clark. 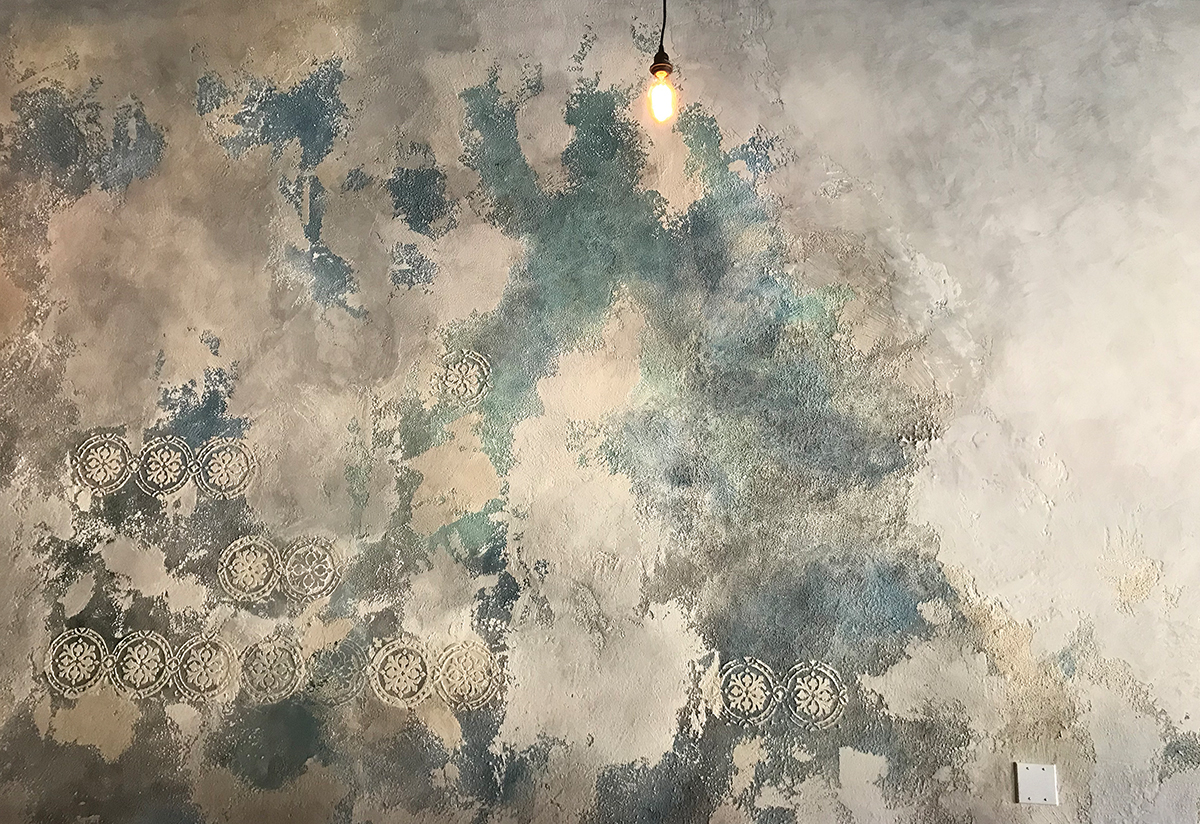 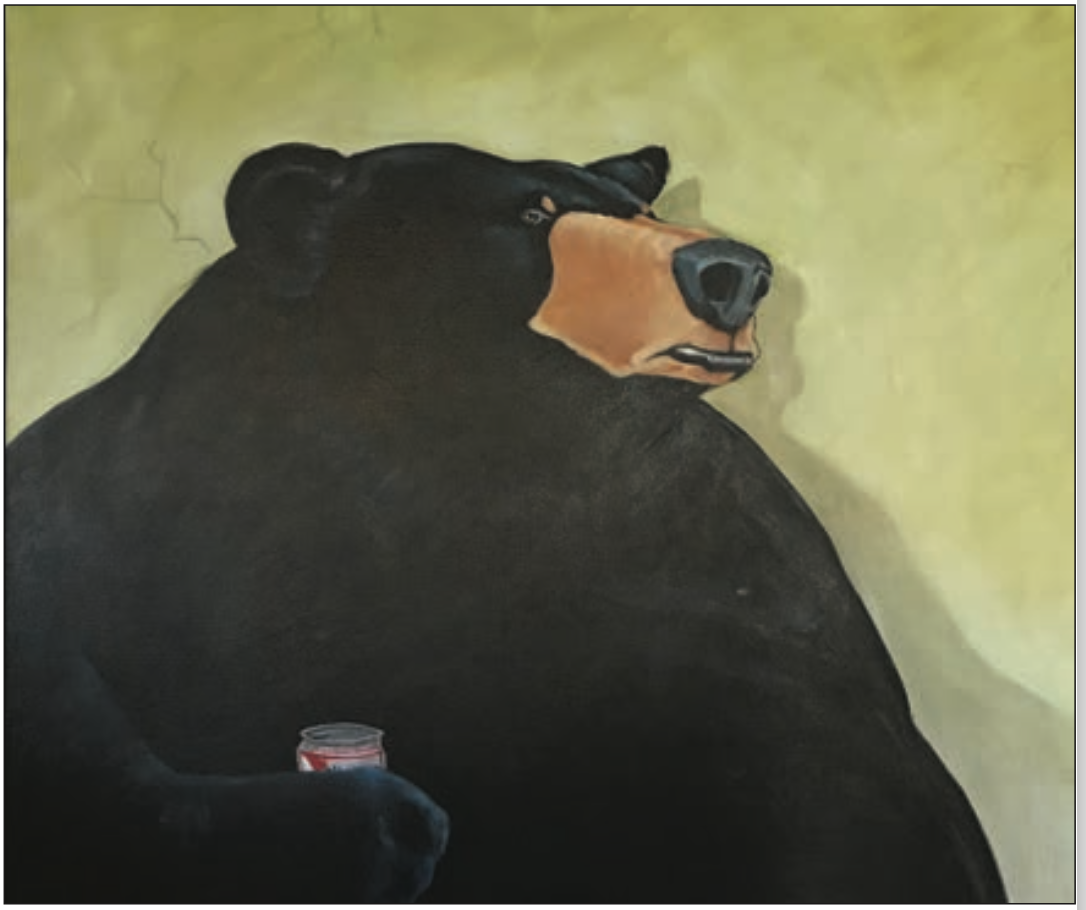 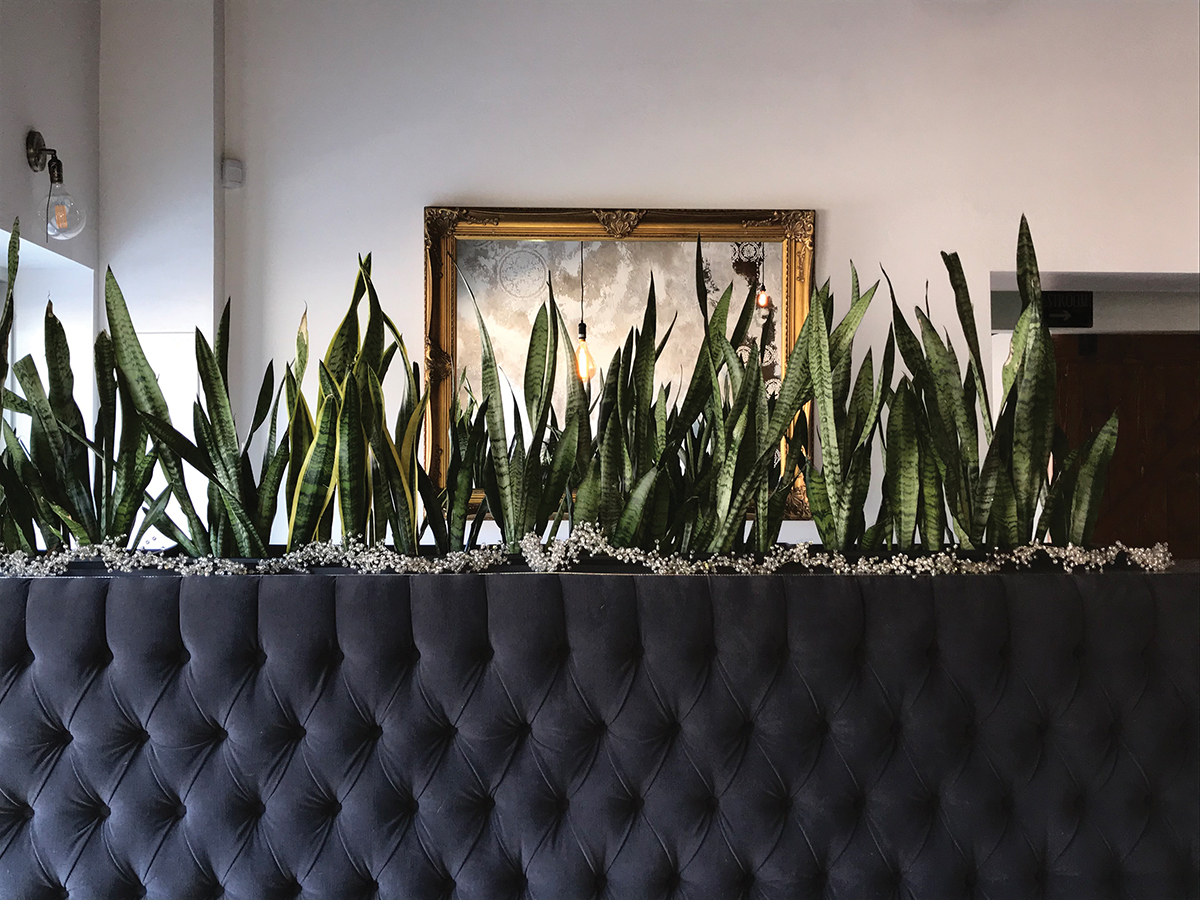 The entryway makes a dramatic impression complete with gilded mirror and blue velvet settee. Most of the furnishings were garage or estate sale scores, which were later reupholstered to their former glory. 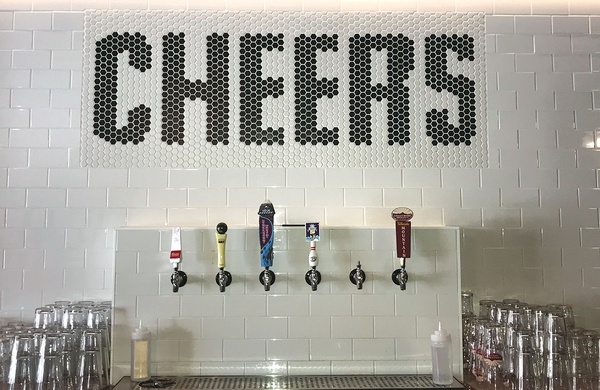