Speaking to the truth 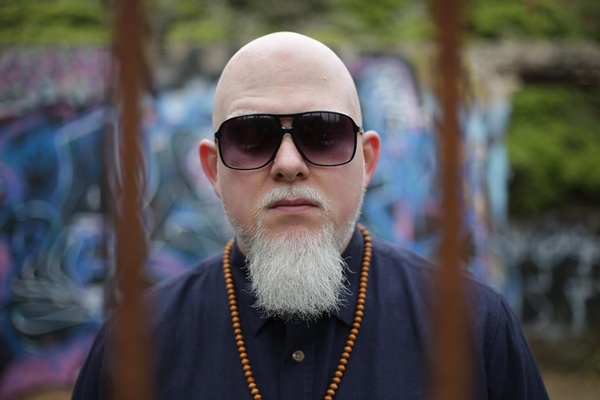 One of the most unique and important voices in hip-hop music is coming to our out-of-the-way town this Friday night. Minneapolis-based artist Brother Ali, known for his brutal honesty, lyrical style and raw sense of vulnerability, plays the Animas City Theater at 9 p.m.

“Vulnerability is like a muscle you develop,” Brother Ali said in a recent interview. “You have to be self aware.” Ali says it’s something he got from Slug, MC of the well-known indie hip hop duo Atmosphere – fellow Minneapolitans and frequent collaborators. “He gave me permission to be that way through his own songs,” said Ali.

On any given track from his extensive library, you’ll hear Ali boast about his lyrical talents, spread a message of peace, love and social justice, and detail the struggles in his own life.

Born in Madison, Wisc., in 1977, Ali (it’s uncommon for hip hop artist to use last names although a quick Wikipedia search reveals it’s Newman) spent his formative years bouncing around the Midwest. His family eventually settled in Minneapolis when he was 15, but his parents continued to move every year or so, oscillating between the suburbs and the city. Adding to the challenge of fitting in is the fact that Ali is albino, and he was often subject to
cruel treatment from his classmates. But, he eventually found salvation in an unlikely place: breakdancing. Through it, he was introduced to the hip hop and b-boy culture, where he found acceptance despite his skin color.

“These were my friends,” noted Ali, 39. “Society didn’t respect or appreciate these young black men. But I got to see how amazing they were. The genius, humor and humanity that is hip-hop meant a lot to me.”

Ali secured his place in the hip-hop world by signing to Atmosphere’s independent label, Ryhmesayers, in 1999. “Slug and Ant (the DJ of Atmosphere) are true leaders in the Twin Cities and around the world,” said Ali. “They’ve shown what is possible for independent artists, how to build a fan base and then become sustainable.”

Since then, Ali has released five albums and four EPs and starred on various late-night TV shows. He counts among his biggest influences rappers from the golden age of hip hop such as KRS-One and Public Enemy.

Ali, who is named after Muhammad Ali, has also found great influence in his namesake. “He’s my hero. He embodies what I would like to be,” he said. “He had a love of loyalty for truth and justice for other people. Ali said things that were difficult, but ... people loved him for that and accepted those truths. Hopefully I am a reflection of him.”

The chorus to Brother Ali’s 2007 song “Uncle Sam Goddamn” is a testament to that: “Welcome to the United Snakes. Home of the thief, land of the slave ...

where the dollar is sacred and power is God.”

The video features Brother Ali rapping in front of the White House, with images of American history that are often swept under the rug, like the historical treatment of African-Americans and Native Americans.

Ali, who converted to Islam at 15, is not shy about speaking out against the current change in establishment. “(Donald Trump) is a person who has actively spoken out against entire groups of people. He’s spoken horribly on people who are not white,” Ali said. “He’s an accused rapist, and he’s appointing people who are supposed to protect the environment who will pollute it.”

While Ali does think things will get worse before they get better, he says he does see a few silver linings. For starters, he thinks it will help bring together like-minded people to connect to one another. Secondly, he thinks the election of Trump may be a wake-up call, a chance for the dominant culture to truly see itself for what it is. “America has been in denial about itself. Fear and hate drive our country in a lot of ways,” he said. “We need to take a serious look at who we are and what we believe – to activate the hearts of people.”

Ali said his message is one that can be appreciated by everyone from die-hard hip hop fans to complete newbies to the genre. He also enjoys playing off the beaten path in an effort to bring his music to those who might not otherwise be exposed to it. “By touring and playing smaller towns, we can tap into kids that don’t culturally come from hip hop,” he said. “As long as I am being honest and sincere, people connect. I am often able to help (my audience) understand things they have not experienced firsthand, to see the world from a different angle. It’s really beautiful.”

Brother Ali said he takes great interest in the work of fellow hip-hop artists, especially those who care about writing, find creative ways to say things and are authentic and genuine. He notes that some of his favorite up-and-coming artists are Chicago rapper Chance the Rapper and Sa-Roc, a female metaphysical rapper from Atlanta who recently signed to Rhymesayers.

Fans wondering about new music from Brother Ali will be pleased to know he recently recorded an album with Ant, of Atmosphere. “We haven’t released the title of the album yet, but its finished and will be released early next year,” he said. “I think I do my best work with Ant.”

Those looking for some insight into the new album and Friday’s performance can expect Ali’s steadfast commitment to honesty, love and truth. “My music is really personal. Everything that is part of my life becomes part of my music,” he said.

Luke Mehall is the author of four books including American Climber. He recently launched a new website at: www.lukemehall.com.

What: Brother Ali, with special guests