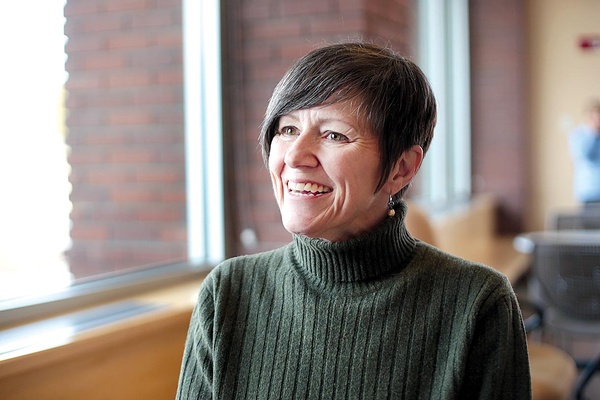 Mandy Mikulencak, who grew up in Texas and has made Durango home since 2003, admits she didn't set out to write an "issues" book with The Last Suppers, but soon realized her story would speak deeply about racism, inequality and prisoners' rights./Photo by Jennaye Derge

The choice for a last meal before an inmate’s execution has been a long-time fascination for the general public. When speculating on the circumstances, most people conjure exotic cuisine and hard to come by ingredients. In reality, the options are less fanciful, and death-row prisoners often opt for a simple, comforting meal.

Local writer Mandy Mikulencak’s latest novel, The Last Suppers, explores that very subject. Set in 1950s Louisiana, the book, Mikulencak’s second, revolves around the fictitious Greenmount State Penitentiary, which she based on Angola, Louisiana’s infamous maximum-security state penitentiary. Readers from Durango might assume Greenmount was used for the prison name because of Durango’s cemetery, but Mikulencak (pronounced “mee-cul-EN-check”)insists it was unintentional, albeit perhaps subliminal.

The novel revolves around a young woman who grew up living just outside the prison walls as the daughter of a prison guard. As the story describes it, the children of corrections officers and staff who grow up in the shadow of the prison leave the place as soon as they can. However, Ginny Polk, the protagonist in The Last Suppers, chooses to go back (that’s all that can be said without giving too much of the story away.)

The author explains, “Polk remembers the harsh reality of life within those walls, the cries of men  being beaten, the lines of shuffling inmates chained together.” In spite of those recollections, Polk’s compassion allows her to see the prisoners as human beings, even those who are sentenced to die for heinous crimes. As such, Polk returns to the prison to work as a cook and takes on the special responsibility of preparing their last meals. The prison board however, doesn’t approve of the ritual, and neither does Roscoe Simms, Greenmount’s warden. Other than the kitchen, the professional and personal relationship between Polk and Simms is the foundation of the story.

Suffice it to say, the story unwinds in some unexpected, as well as some predictable, ways. In a few instances, the characters border on the stereotypical, but then they veer off in surprising directions. The author remarked that she likes to create characters that are complex but also flawed, how she believes most people really are. The story
has its share of secrets, regrets, cover-ups and uneasy confrontations, all with the unique prison backdrop and
a Southern locale.

Mikulencak, who grew up in Texas and has made Durango home since 2003, admits she didn’t set out to write an “issues” book, but soon realized her story would speak deeply about racism, inequality and prisoners’ rights.

Being set in the 1950s made it all but impossible to avoid themes of racism, prejudice and mistreatment within the penal system. The tale explores compassion and love in unforeseen places among unlikely people, and the author lovingly stirs the plot through the authentic voices of her characters and nuanced narrative.

And what of those last meal requests? The idea for The Last Suppers grew out of a conversation between Mikulencak and a friend about the prison system, capital punishment and prisoners’ last meals. One anecdote in particular sparked her imagination and curiosity: a death row inmate quixotically requesting Frosted Flakes and milk for his last meal. “It’s more complicated than taste,” Mikulencak learned, “Often, more than likely (the last) meal is chosen on the basis of a fond memory, a family tradition, a simpler time. One prisoner I heard about wanted a bowl of mint chocolate ice cream.” Using that information, Mikulencak, who loves to bake and cook at home, researched recipes from the period and location and fortuitously came upon some Southern family recipe books from the 1930s. Those recipes, like pork neck stew, pot roast, red beans and rice, and coconut cake with seven-minute frosting, appear in the story. She has even included a few of the recipes in the back of the book.

In the story, Polk takes to the road to meet with heart-broken relatives in order to get each recipe just right. Poignant sections of the manuscript expose her compassion and humanity, leading – in one key instance – to a shocking revelation and conclusion. The Last Suppers is a well-written tale that sometimes moves along as languidly as a hot Southern night or as fast and dangerous as a moonshiner’s country road escape.

Mikulencak’s career as an author began at Texas A&M, where she earned a degree in journalism. Soon after graduating, she married Andy Doherty and began working as a reporter and editor at the Galveston News. Eventually, she moved into the nonprofit sector as an editor and public-relations specialist for two national nonprofits and a United Nations agency. Her debut novel, Burn Girl, won a 2016 Westchester Fiction Award.

The theme of that story, a young adult (aka YA) novel, grew out of Mikulencak’s role as executive director of the Women’s Resource Center. “One day,” she recalls, “a woman came in seeking help to buy food for her and her young daughter. When she left, I noticed an 11- or 12- year-old girl in the front seat of a car they appeared to be living in, loaded with clothing and other objects.”

That emotional moment got her thinking and led to Burn Girl, which is the story of Arlie, a 16-year-old with a disfigured face, a drug-abusing mother and living in a small mountain town named ... Durango.

Targeted to a younger audience, the subject matter and treatment is also a suitable read for adults and is as equally well written as The Last Suppers. That the author can move easily between markets and subject matter is a testament to her talent and broad perspective on life. Fortunately for all of us, she has already begun her next novel.

The Last Supper and Burn Girl are available at Maria’s Bookshop. 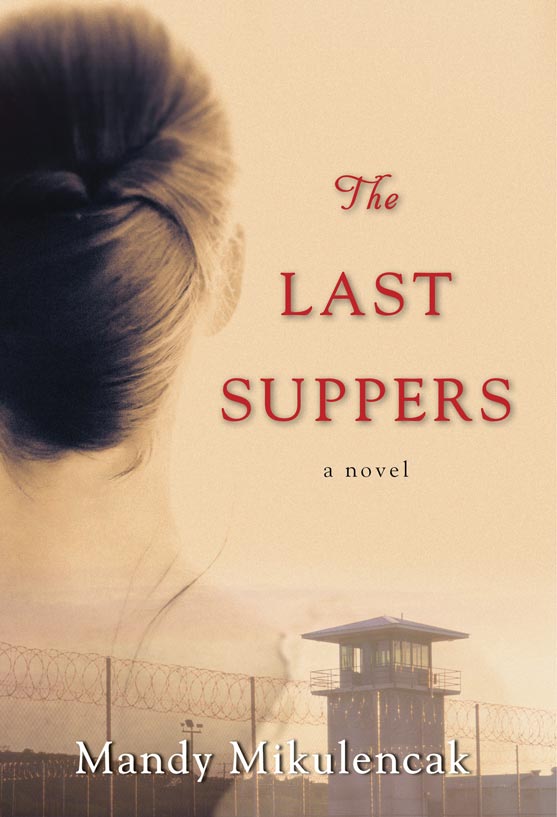 What: Booksigning with Mandy Mikulencak, author of The Last Suppers