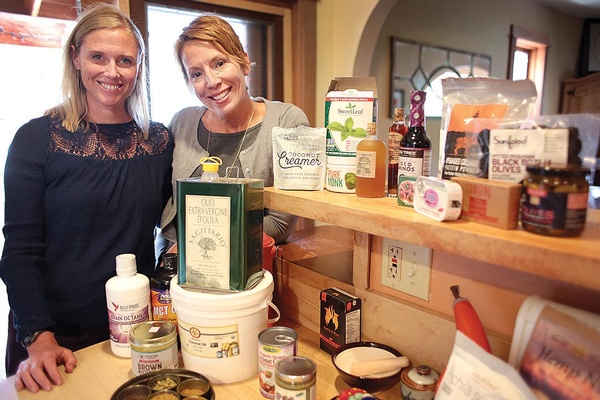 Jess Higgins Kelley and Dr. Nash Winters pose with some of the tools in the nutritional arsenal to fight cancer. The two recently published a book, The Metabolic Approach to Cancer, based on the idea that chronic diseases, and cancer in particular, can be managed by resetting your metabolism and tweaking your diet./ Photo by Jennaye Derge

In the average person’s lifetime, one in every two men and one in every 2.4 women will be diagnosed with cancer, according to the American Cancer Society. In fact, cancer diagnoses are projected to reach over 21.5 million worldwide by 2030, says the World Health Organization – a 53-percent increase since 2012.

In other words, every community around the globe is affected by this monster pandemic. Each of us has at least one cancer story already, whether you’re a fighter, survivor, doctor, daughter, husband or friend. Since there’s yet to be a cure and the frustrations and loss are felt by all, we find ourselves united under the banner of FU CANCER, because cancer sucks.

Cancer includes more than 100 diseases that can start anywhere in the body, and no one knows specifically why or how. Spooky? Hell yes. But there is hope: death-by-cancer rates have been on the decline in the United States since the early 1990s. Also encouraging is that half of future cancer cases are preventable, say experts.

Recent research reveals that 90 percent of cancers are directly linked to lifestyle. So while scientists work their smart butts off to find the end-all, we’d be fools to ignore the things we can do to help prevent the C-word from infiltrating our lives and those of our loved ones.

First of all, don’t smoke. Period. Like a virgin waiting for her prince, your lungs are designed to inhale oxygen – and only oxygen – for as long as you shall live. This includes marijuana, sorry, Cheech. 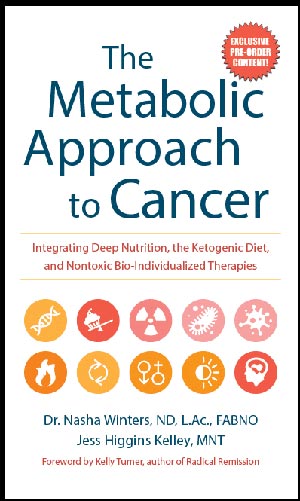 Secondly, sweat. For most Durangoans, this is a nonissue. We live for movement. In the same breath, relax. Stress causes cancer, too. Do yoga. Have a glass of organic wine approved by a keto-friendly wine company (but not the whole bottle, because too much alcohol also triggers cancer). Don’t check email after dinner. Speaking of dinner, eat more broccoli, a cruciferous vegetable hell-bent on fighting cancer cells and a gateway drug to one of the greatest aids in the anti-cancer crusade: nutrition therapy.

Nutrition therapy is based on the idea that chronic diseases, and cancer in particular, can be managed by resetting your metabolism and tweaking your diet to boost your immune system. This approach to cancer treatment is as old as (the original) Prohibition, discovered by Nobel laureate Otto Warburg in the 1920s. The German biochemist believed that cancer cells gained energy by feeding on sugars. Turns out this “Warburg effect” occurs in up to 80 percent of cancers. These types of tumors, Warburg hypothesized, could be treated by disrupting their source of energy. While he didn’t remove sugar from his diet entirely, Warburg revolted against consuming mass-produced foods before it was cool.

His theory got buried when science headed down the path of gene-centered approaches, but in the last five years, scientists have revisited the idea that healthy cells can gain back their biological advantage by starving cancer cells of sugar. One such method is called the ketogenic diet.

By also removing grains, legumes, genetically modified foods, pesticides and synthetic ingredients, the ketogenic diet relies on high-fat foods to boost the body’s production of ketones. These fuels then stress the cancer cells, thus enhancing the effectiveness of conventional treatments by lowering side effects and protecting healthy cells.

For Winters, a cancer sur-“thriver,” and Kelley, whose father passed away in November 2016 of brain cancer, the ketogenic diet complemented by other integrative treatments, like mistletoe therapy and cannabinoids, is the artichoke heart of their book, which Winters says is the perfect primer for anyone who wants to know more about preventing and supporting cancer with food.

Co-author Kelley started working with Winters seven years ago. She founded Remission Nutrition, as well as the Oncology Nutrition Therapy Certification Program in Denver. She says that the book isn’t geared just toward cancer patients but is also for those struggling with or hoping to prevent other chronic illnesses.

“Nutrition therapy is not a cure, but it should be a standard of care,” says Kelley.

The Metabolic Approach to Cancer provides actionable information on how to identify and eliminate cancer causes with more than 350 references based on medical experience, endorsed by scientists and scholars alike.

“It’s not just pulled out of my butt,” laughs Winters, who’s been in the throes of her own cancer battle for the last 25 years. “In the last two years, I’ve seen more change in integrative oncology than in the last 23 years combined.”

Winters was diagnosed with ovarian cancer when she was 19. It took doctors nearly a year to pinpoint the disease, which usually strikes women over the age of 60. Her diagnosis wasn’t too surprising though, says Winters, who has a long checklist of reasons why, ranging from exposure to environmental toxins and familial genetic predispositions to emotional triggers and childhood traumas.

Raised on Tuna Helper, white bread and cinnamon sugar, her poor diet followed her from childhood into high school, when she became a vegetarian. But being a vegetarian in Wichita, Kans., meant that she lived on iceberg lettuce and Velveeta.

“My main meal was a chocolate milkshake and a dill pickle,” she recalls.

In 1990, she moved to Durango to study biology at Fort Lewis College, where she consumed ramen noodles and fast food. A year later, she was diagnosed with cancer. Her then-boyfriend, now-husband, started bringing her fresh vegetables. He’d “make” her chop up peppers and “green stuff” to put in her mac-n-cheese. Then she dropped cheese altogether and became a “dogmatic vegan.”

“Every step I took was a massive improvement from the previous tier I was on,” says Winters. “But I wasn’t progressing; I was maintaining.”

In light of her diagnosis, she added psychoneuroimmunology to her studies, veering from the path of conventional medical school toward naturopathic medicine. Her professors tried to talk her out of this “witchcraft” idea, saying she was wasting her talents. Nonetheless, she enrolled in naturopathic med school in 1996 and went on to take over Namaste Health Center in 2004. These days, she works out of her home, consulting hundreds of oncology patients from all over the world.

“You teach them a lot, and they teach you a lot,” says Winters.

In August 2010, after 20 years of being a vegetarian or vegan, Winters slowly introduced a bit of animal protein into her diet. Then she went boldly where many an American can’t dream of going: she removed all grains.

“People will likely grow their tumors on an American diet,” says Winters. “We’re the most overfed, undernourished people in the world.”

According to Winters, there are six main nutritional deficiencies seen in lab results of cancer patients: magnesium, vitamin D, vitamin K, selenium, zinc and B12, each one easily depleted by stress and medications. Lo and behold, there’s a food that contains almost all of those nutrients: organic, grassfed ghee.

“We’ve gotten phobic about fat,” says Dr. Winters. “But ghee is loaded in vitamin K, vitamin D, magnesium, and selenium. Saute? your broccoli in a shit-ton ghee, throw a little turmeric in the mix, and you’ve got a power meal. Now that’s chemotherapy.”

If only food was the answer to cancer. Alas, anti-cancer diets and treatment options are endless and disputed, and cancer fighters and their advocates struggle to choose the best for their situation.

“The only way to figure it out is to try different theories or combinations of them and wait and hope for progress,”

Coloradoan Tara Picklo says. Her 36-year-old husband, Nate, passed away in November 2016 after an eight-year battle with melanoma. After trials of immunotherapy, chemotherapy, radiation and TVEC virus injections, the Picklos found a naturopathic doctor who put Nate on a “metabolic-reset” plan that consisted of a strict diet, supplements and a monthly detox.

Tara recalls that the detoxes were the phase where the most healing would occur “because it starved the cancer cells.” She also added that the emotional and spiritual aspect of his healing was just as important as the physical. But cancer’s a beast yet to be harnessed.

“Because of the brain tumors and seizures, Nate had to take steroids and was not able to completely immerse himself in the metabolic reset,” she says. “He also had so much chemical buildup in his system from all the treatments and drugs that it might have impeded his body’s ability to nourish and reset itself metabolically.
“I often think about if I was diagnosed tomorrow, knowing what I know now, how would I proceed,” wonders Picklo. “I think I would nix the traditional method and utilize all my resources to allow my body to heal itself.”

For Winters and Kelley, this is what The Metabolic Approach to Cancer is all about: getting the conversation started so people are educated and inspired to make changes beforehand.

“The book’s about cancer, but it’s also about prevention,” says Winters. “It’s easy to get seduced by the idea that there’s one thing, but if we keep looking for that magic bullet, we’ll keep missing the mark. None of us can get away from cancer today. We’re really hoping that changes.”

What: The Metabolic Approach to Cancer launch party

Dets: For $40, meet Dr. Winters and Kelley, get a signed copy of the book, and enjoy some of Chef Chris’ delicious ketogenic-centric appetizers. Tickets available at Maria’s Bookshop.