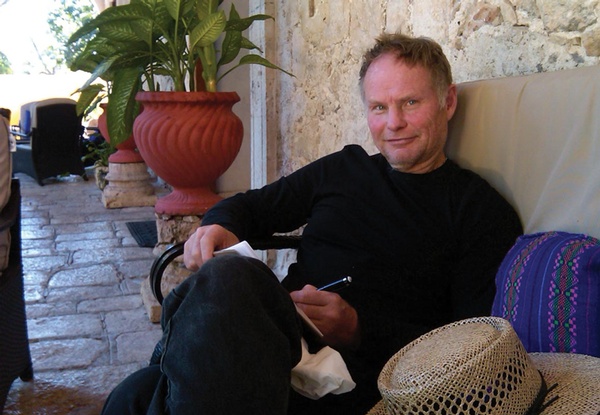 Utah author Brooke Williams thought his new book, Open Midnight, Where Ancestors and Wilderness Meet, was actually going to be two books. Williams had a manuscript relating to what he calls the two types of wilderness: the actual, outer, physical wilderness; and the inner, emotional wilderness of our souls. He also had been researching and writing about an ancestor of his, William Williams, his great-great-great grandfather, who happened to grow up in the same town in England as Charles Darwin. The book would imagine the two meeting and how they could have influenced one another.

While discussing his ideas with his agent, he proposed both, and his agent thought it could all be woven into one story. Thus, we have Open Midnight.

“For a long time, I felt like they were two separate projects,” noted Williams, who happens to be married to another notable writer you may know, Terry Tempest Williams. “But then, once my agent made that suggestion, they started to flow together organically.”

There’s another major component to the story: Williams’ family ancestry goes back to the beginning days of Mormonism. His great-great grandfather is Brigham Young, who led the Mormons to Utah.

Already, there’s a lot to unpack there, and what’s listed is only the tip of the iceberg in the book. Williams seems to be more intrigued in William Williams than Brigham Young. In fact, he is beyond intrigued. In the book he writes that once he discovered William Williams, he feels that his spirit has been with him ever since. “While writing this book I had more than one mystical experience with William Williams,” he shared. “I have this sense that the dead might be out there all around us, all the time. They already know what happens to us when you die. They might want to help us.” 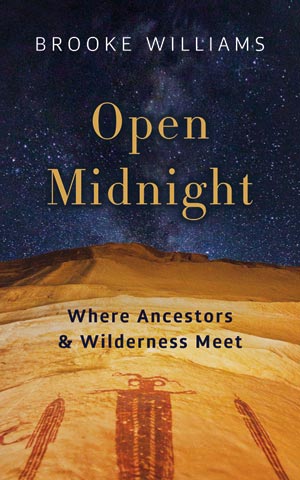 If Williams has one familiar narrative in his life that shines through in this book, it is his love of wild places. The Colorado Plateau is particularly near and dear to his heart. He enjoys everything from rafting and canyoneering with friends to solo wilderness hikes. He’s spent much of his career working for groups like Southern Utah Wilderness Alliance (SUWA) and the Murie Science Center in Grand Teton National Park.

As he’s grown older, and in his words “needing less risk and adventure,” he’s grown into exploration of the inner wilderness. “The inner wilderness is where we know how the planet might make the best use of us, how we might contribute to passing the life force onto the future.”

Ever the explorer, Williams will be visiting Durango just after spending a month in China, where he became fascinated by the history of hermits. “These people would just leave society and head for the mountains,” he explained. “These people became highly revered for being out in the wild their entire lives. People from the city would seek them out. In China, the history of hermits goes all the way back to the 3rd and 4th century – these people wrote poetry that was sought out then and still sought out. My friend Jack Turner (author of Abstract Wild) says the problem with America is that we have no history of hermits!”

Williams made a major life decision in 1998 when he and Terry decided to move much closer to the wild – from Salt Lake City to Castle Valley, Utah, northeast of Moab. In Open Midnight he writes, “For Terry and me, being out in the wilds has always been much more than recreation. The opportunity to have that every day (in Castle Valley) was the best of all miracles.” When asked about his favorite place on the Colorado Plateau, where much of the book is set, he was pressed to find just one. “What a hard question. I love the canyons in southeastern Utah – the Bear’s Ears area – for their light, water, verticality and life. My most favorite place might be where I spend the most time, the wilderness southeast of where we live in Castle Valley.”

Williams also noted the difficulty of being an advocate and lover of wilderness in the current political climate. While the book was written in the Obama era, he’s found himself promoting it in the Trump era. Williams immediately knew he needed a dose of wilderness when Trump was elected and packed his rucksack and walked right into the Mary Jane Wilderness, outside his back door, to sort out his thoughts. He mentioned that a new writing project is coming to fruition out of that journey.

Williams pulls no punches when asked about the current president and his agenda. “Trump and his Republican minions, our Utah politicians chief among them, do not encourage life, they encourage death. They are an infection, a disease. How many times have I said to myself, these people need more time in the wilds?”

Williams in his writing seems most concerned with the planet that we will pass down to future generations. In Open Midnight, which is his fourth book, he goes back in time with three men, all pioneers in their own right. Young led the Mormons to Salt Lake City, where they created what is the largest growing religion today. William Williams couldn’t read or write, and died in Wyoming on the way to what he thought would be a better life in Utah. And Darwin discovered natural selection,

which became the foundation of modern evolutionary studies. But which of these pioneers’ paths will we choose to follow? Although Williams may be guided by the spirit of his great-great-great grandfather, it is perhaps Darwin who speaks to him the loudest when he writes, “It is not the strongest of the species that survive, nor the most intelligent, but the one most responsive to change.”

Luke Mehall is the author of four books, including American Climber. More of his work can be found at climbingzine.com.