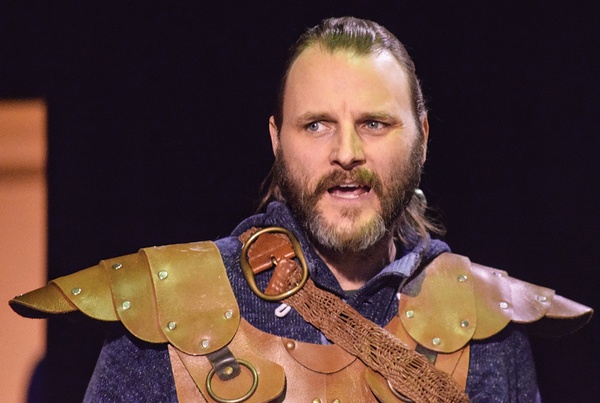 Something wicked this way comes – and such things will continue coming this way, if Mona Wood-Patterson has her way with “Macbeth.” For the Merely Players director, staging the famously cursed Scottish play is about more than bringing William Shakespeare to Durango. It’s about training local actors to perform the Bard’s works for years to come.

“I’m convinced that Shakespeare needs to be in a community,” Wood-Patterson said. “In the past with Merely Players, we have brought in actors to do Shakespeare. I haven’t ever done it with a local cast primarily because it takes a certain degree of training to perform Shakespeare.”

No longer. While this production of “Macbeth” – running this weekend and next in Durango, but already sold out – continues the tradition of bringing homegrown actors back to town, the director decided to start cultivating the latent Shakespearean talent in the local acting scene.

The actors here already have the skills to stage Shakespeare, if not the experience. Wood-Patterson offered an acting course last summer to test the waters, and a shocking 28 people came. Realizing her aspirations were completely doable, she held open auditions for “Macbeth.” Thirty-six people showed.

She had to face her intentions and desires: Was it more important for her to stage a play with the most experienced cast she could assemble? Or to open the door to these enthusiastic community members?

She opted for the latter. This rendition of “Macbeth” would be bigger than the play itself. It would be about the community.

“I am over the moon as a director and a local artist that so many people want to be performing these brilliant words,” she said. “I love the idea of involving the community. People of all ages and professions. Some seasoned actors, some neophytes.”

The end result features the whole gamut of actors. She cast L.A.-based actor Karina Wolfe as Lady Macbeth in her third turn with Merely Players. Alongside her, local celebrity actor Jason Lythgoe plays the titular Macbeth (and is responsible for the requisite one-third of the total lines in the play). Other seasoned actors and dancers fill out the card, as well as actors who are brand new not only to Shakespeare but to the stage.

“At this point, I feel like it’s more important to give all these people in the community who want to play with Shakespeare an opportunity, because you can’t just go around doing that by yourself,” she said.

Wood-Patterson identifies a raw edge to the play because of this broad range of experience. She suspects that Shakespeare himself would approve, because his own performances likely veered away from a slick polished finish, too.

“I feel so lucky. I think Shakespeare would totally approve,” she said.

“Macbeth” presented a prime opportunity to invite both performers and audience members into the wild world of Shakespeare. It’s one of his better-known plays and certainly among the top of the political tragedies. It tends to excite anticipation, if for no other reasons than its witches and its legendary curse – anyone in the business is not supposed to say the name of the play or the character out loud within the theater (though Wood-Patterson assures us that 4 exceptions are made when the play itself is being produced). And, like many of ol’ Willie’s plays, the themes are universally understood and eternally relevant.

Ambition. Impatience. Greed. Darkness, light, fighting the natural order. Fate and chaos. Violence begetting violence. Wood-Patterson lists these traits alongside the intersection of the spiritual and natural world that lead audiences to so many questions: Is there such a thing as fate? Can we choose our own destinies? Can power and decency coexist, or are they always exclusive?

Macbeth, after all, is a good, brave man of action who destroys himself. His moment of decision propels him (and, in Shakespearean fashion, everyone else) into his downfall. SPOILER ALERT: “Macbeth” is not a comedy.

The idea of unchecked power – and the fear of losing it – intrigues Wood-Patterson, yet she is adamant that Merely Players did not choose “Macbeth” as a commentary on current political affairs. “But,” she says, “we live in these times, and it’s up for an audience to take out of it what they will. Always in the world, there are questions of what happens when a person comes into power.”

Her productions reflect new angles into all of these questions. The Macbeths are often portrayed as a couple at the end of their useful careers who must make their move immediately or risk never knowing royalty. Instead, Merely Players cast the Macbeths as a younger couple – what if they are mean and hungry?

That led to Wood-Patterson casting Lythgoe and Wolfe as the leading couple. She admires Lythgoe a great deal, citing his range, depth and work ethic, and trusting his ability to deliver some of the most famous lines in the world. And Wolfe? “People are going to love her Lady Macbeth,” Wood-Patterson says. “She’s edgy. She’s willing to take risks, and she’s on fire about her dream role here.”

The production team also unmoored the play from time, partly to show its relevance across centuries. The goal is to tell the story in a way that eliminates any kind of distance. People can be intimidated by Shakespeare – just mentioning “iambic pentameter” takes many of us back to the worst grinds of high school English.

So Wood-Patterson leans on a certain amount of minimalism and mimed props to allow the audience’s emotional participation. For instance, the sword fights happen without any swords. It’s not a cop-out – the cast trained with swords, then took them away, stripping these scenes down to their language and the story.

Ultimately, her choices are driven by whatever serves the moment. If Lady Macbeth dons a Renaissance gown in one scene and a hot evening gown with red knee-high boots in the next, that’s what’s happening.

Whether he would or not is perhaps inconsequential. We can expect to see more of his work staged in Durango in the coming years, increasingly with local cast members who are strengthening their chops at this very moment.

“I just believe with all my heart that theater is evidence of a vibrant community,” Wood-Patterson said. “I feel so grateful that we can work and do this play here, and I appreciate having that validation.” 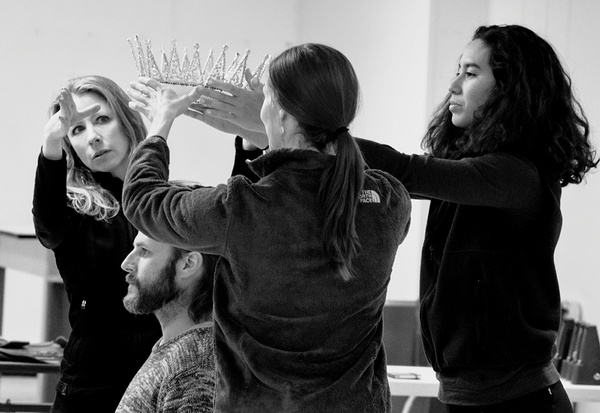 Lythgoe and "the dancers."/ Courtesy photo 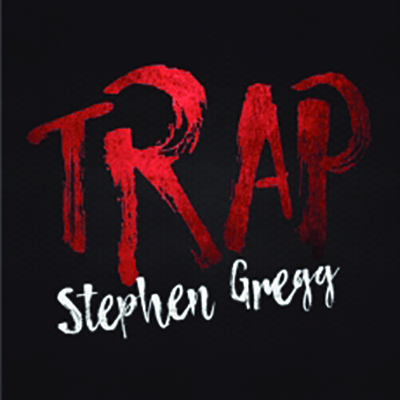 If you missed the boat on Merely Players’ “MacBeth,” not to worry – there is plenty of theater to go ’round. Opening Feb. 28, Durango High School Troupe 1096 stages the modern psychological thriller, “Trap,” written by Stephen Gregg.

The “play-within-a-play” centers around an incomprehensible event: every person in the audience of a high school play falls unconscious – every person but one. What follows is a documentary-like series of interviews with witnesses, loved ones, first responders and investigators. As the strands weave together into a treacherous web, it becomes clear that the events might not be entirely in the past.

Troupe 1096 Director Ben Mattson said “Trap” is an ambitious undertaking, but students are more than up to the challenge.

“Stephen Gregg, writes a lot of plays that are specifically written for high schools to perform,” Mattson said. Although that phrase may elicit eye rolls or conjure cheesy “after-school specials,” Mattson said Gregg’s plays are quite the opposite. “They are fantastic, imaginative and create some of the most exciting theatre experiences I’ve come across,” he said.

Gregg showcased the play at the 2018 International Theatre Festival, which Mattson attended with some of his students. The play had the students and chaperones on the edge of their seats. “We thought it fit in well with our season and provided something different than we’ve done before,” he said. “It is literally unlike any theater people have seen in Durango.”

Mattson said “Trap” rivals some of the experimental work in his earlier years working in fringe theatre in Chicago and Minneapolis. “Still, I’ve never seen this concept played with in such an exciting way,” he said.