A work in progress: the half-finished mural on the wall of the Four Corners Rainbow Youth Center's new home in downtown Durango. The mural represents the bi-sexual flag, which is pink at the top, purple in the middle and blue on the bottom. The center served an estimated 60 local students this school year./Courtesy photo

It may seem hard to believe that a short four years ago, Durango was devoid of resources and support for LGBTQ kids. Even more remarkable, perhaps, is that in that time, the Four Corners Rainbow Youth Center has grown from the seeds of two high school counselors to a safe and nonjudgmental haven for local gay, bisexual, transgender, queer and questioning youth, as well as their families and allies.

This past school year, the 4CRYC served some 60 kids and facilitated Gender and Sexuality Alliance clubs at Durango High School as well as Escalante, Miller and Mountain middle schools. In addition, the center expanded its offering from 13-18-year-olds to the younger set, ages 5-12; added parent support groups; and provided three days of programming, more than ever before. But most importantly, instead of the shared space  the center used to cohabitate, it has moved into a larger space of its own in downtown Durango.

“The youth can just own it, that’s what’s so brilliant,” 4CRYC Director Jennifer Stucka said. And to put their own stamp on it, the kids have begun painting a mural (with the landlord’s blessing) on the center’s interior wall. “It’s really coming together well,” Stucka said.

But things for Durango’s rainbow kids weren’t always so bright. In 2014, Stucka, a licensed social worker who was working at Durango High’s school-based health center, was shocked to learn there were no resources for LGBTQ students. “I had moved here from Denver and was like, ‘What do you mean there are no services?’” she recalled.

Stucka put her head together with school counselor Sarah St. John, and later, counselor Rowan Blaisdale. The three conducted focus groups and the Rainbow Youth Center was born from those groups in 2015.

“The consensus was unanimous. The students said, ‘We need a safe place outside of school to face these issues other kids don’t face,’” she said. “Our mission was to help create a better culture of safety.”

Research shows that LGBTQ student safety increases and bullying decreases with support programs such as the center or the school-based gender alliance groups, Stucka said. The school-based groups are done in coordination with the schools and are overseen by a school staff member.

“That is really helpful to have somebody there at the school in case there’s a particular issue going on,” she said.

In fact, Stucka said having a trustworthy adult on their side goes a long way in helping LGBTQ youth navigate those especially difficult teen years. Stucka points to stark statistics that show 50 percent of transgender people attempt suicide before their 24th birthday. Likewise, LGBTQ youth are four to six times more likely to attempt suicide than their nonLGBTQ peers.

However, the increase in likelihood drops if these kids have a supportive adult in their lives. “That’s why we do what we do,” she said.

The center is supported through grants, private and corporate donations, Stucka said, which helps pay for her 22-hour-week salary as well as one staff member. It also hosts two fund-raisers a year, of which the spring benefit is its biggest. Everything else comes from a generous core of volunteers. She said the center would not have gotten where it is today without these dedicated folks, who provide support as well as relate their different perspectives and experiences to the youth. “We really help provide a foundation,” she said.

Also important in helping these youth from becoming statistics is the support of their peers, also known as allies. In the gender alliance clubs, students are taught how to handle bullying and stand up for their LGBTQ friends. “It’s really about empowering these groups of young people to speak up and say, ‘Hey, that’s not right,’” she said.

In addition to these preventative measures, the center also helps instill a sense of belonging as well as healthy coping skills.

Stucka said acceptance of LGBTQ youth has come a long way since she was a gay teen growing up in Texas. “Nobody talked about it,” she said. “I didn’t come out until after high school, and I got bullied even without coming out.”

Unfortunately, even today, bullying of LGBTQ kids still happens. “I hear a story every day about bullying, and it’s not OK,” she said.

But, the rainbow tide is turning, she believes. “I do see kids forming amazing friend groups, and they advocate for each other,” she said. “I do think, eventually, we are going to see a shift in the culture in our schools.” In the meantime, there’s the Rainbow Center for kids who are out, in, half-out, half-in and everywhere in between. “Just show up exactly as you are,” she said. 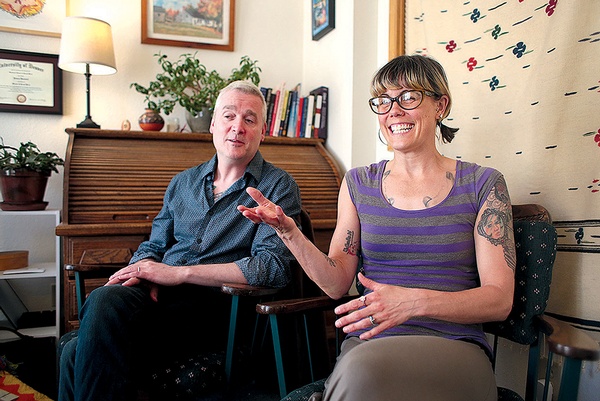 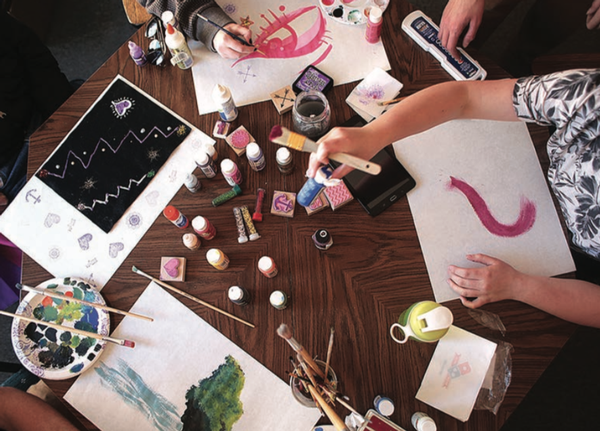