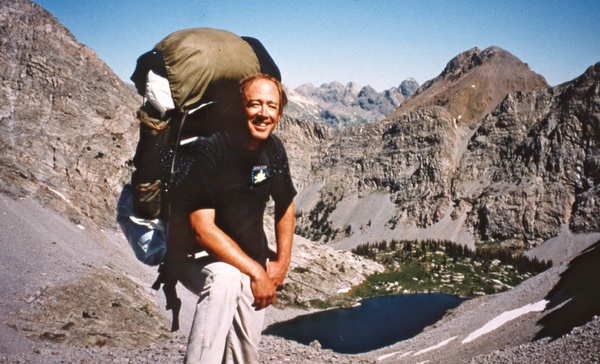 Will Hobbs on one of his many forays into the Weminuche. The landscapes Hobbs loves, from the San Juans to Utah's canyon country, figure heavily in his latest book, City of Gold./Courtesy photo

One of Durango’s most prolific authors, Will Hobbs, is at it again. On July 14, Hobbs’ latest – and 20th– young adult novel, City of Gold, will be released. The historic-fiction tale of two brothers and two missing mules takes readers on an odyssey through some of the most beloved landscaped across frontier-era Southwest Colorado and Southeast Utah. Though the action-packed romp is aimed at young adults, it’s sure to appeal to history and adventure buffs of all ages.

Following is a Q&A on the book, its origins and a little bit more about the people and places in its pages.

City of Gold is a big adventure. How did the novel begin?

I cast a wide net, delving deeply in books about our mining towns by Durango’s Duane Smith, Silverton’s Allen Nossaman and Telluride’s David Lavender. Still searching, I found the image that sparked the story in San Juan Country, by Mel Griffiths. Before the trail up to Telluride’s Tomboy Mine was made into a wagon road, a mule carried the core piece of a new transformer 6 miles to the mine. This was an astounding feat. The pack mules usually carried 300 pounds, but this load weighed 700. I thought that would be so great in a novel.

So it all began with the mule, Hercules. Did his name come to you right away?

My first thought was, the name should be heroic. My second was, it had to be Hercules. That led to daydreaming his backstory. Maybe he was one of a plow team. The other mule in the story should be called ... Peaches. The thread of a plot began to suggest itself. Hercules and Peaches belong to a family trying to start a new farm in Hermosa. As the story opens, they’re stolen by a rustler. Hercules gets sold to the Tomboy Mine ... but what happens to Peaches?

With Telluride, you probably had a lot of amazing material to draw on.

I was off and running. Telluride’s history includes Butch Cassidy and a notorious marshal, James Clark. Butch’s first-ever bank robbery was in Telluride, in June of 1889. Many locals suspected that Clark, out of town that day, was in cahoots with Cassidy. After reading a biography of Cassidy and researching the marshal, I pictured the two of them meeting up at a later time. I landed on setting the story in the fall of 1900.

What else was behind your choice of 1900?

It was the year the famous photo of Butch and his “Wild Bunch” was taken
in a photo studio in Fort Worth, Texas. Cassidy and his gang didn’t realize it could be duplicated. Before long, as the marshal informs him in my story, it was “in every post office in the country.” Historians believe that the photo had much to do with Cassidy and the Sundance Kid fleeing to South America in 1901. My novel takes place in the fall of 1900, when the photograph first shows up in Telluride, on Marshal Clark’s desk.

Tell us about the Hollowells, beginning with Owen, your 15-year-old narrator.

Whittled down, every story begins with a character who has a problem. Now that I had a novel-worthy  problem – recovering those mules – I needed a protagonist to go after them. Owen recently lost his father to tuberculosis, the “family curse” as his mother calls it. He has only his mother and little brother, and the heavy lifting is going to be up to him.

Owen’s kid brother, Till, is quite a character, somewhat of a loose cannon. At the outset, did you have an idea how vital to the story, especially its humor, Till would become?

Not at all. As Owen is about to set out on foot from Hermosa to track the rustler, Till insists he’s going. Ma says something like, “Oh, no you’re not, you’re too young for the mountains.” It’s only after Owen has been in Telluride for a number of chapters that I heard Till calling, “Put me in, coach.” As soon as he showed up on the Rio Grande Southern, my fingers started to fly. You can’t leave a player with that much talent on the bench.
You cast Mary Hollowell and her boys as having recently arrived from eastern Kansas, outside of Lawrence. Do you have history there?

I do, but mostly the Kansas component had to do with Telluride’s Marshal Clark, a difficult man with a violent past. It occurred to me that Clark’s history could be intertwined with the history of Owen’s family, going back to the burning of Lawrence during the Civil War. Clark rode with Quantrill’s Raiders, a band of pro-Confederate guerillas who fought in the war.

The mule chase takes readers from the San Juan Mountains, to the Colorado River at Hite City and all the way to Robbers Roost, a Wild Bunch hideout near Hanksville. Why was landscape such a key factor?

All the way back to my earlier books Bearstone and Beardance, set in the Weminuche Wilderness, I’ve been taking readers into the wild places that have been a big part of my life. Owen’s solo trek takes him into the San Juans and over Black Bear Pass in a late September snowstorm. It felt good to be writing about our mountains again. Over the years, my weeklong backpack trips in the Weminuche have added up to nearly seven months.

In addition, over several decades, my wife, Jean, and I have been on numerous hikes and backpacking trips in the canyons of Southeastern Utah, enraptured with their ruins and rock art. Here’s hoping next year the restoration of Bears Ears National Monument in its entirety will be under way.

What are your hopes for City of Gold?

Mostly that it’s a whopping good tale for readers ages 10-110. As for young people, I hope it encourages them to stretch their legs in wild places. Nearly all my books are set in our priceless public lands, which will always need protecting. Aldo Leopold put it best: “I’m glad I shall never be young without wild places to be young in. Of what avail are 40 freedoms without a wild place on the map.” 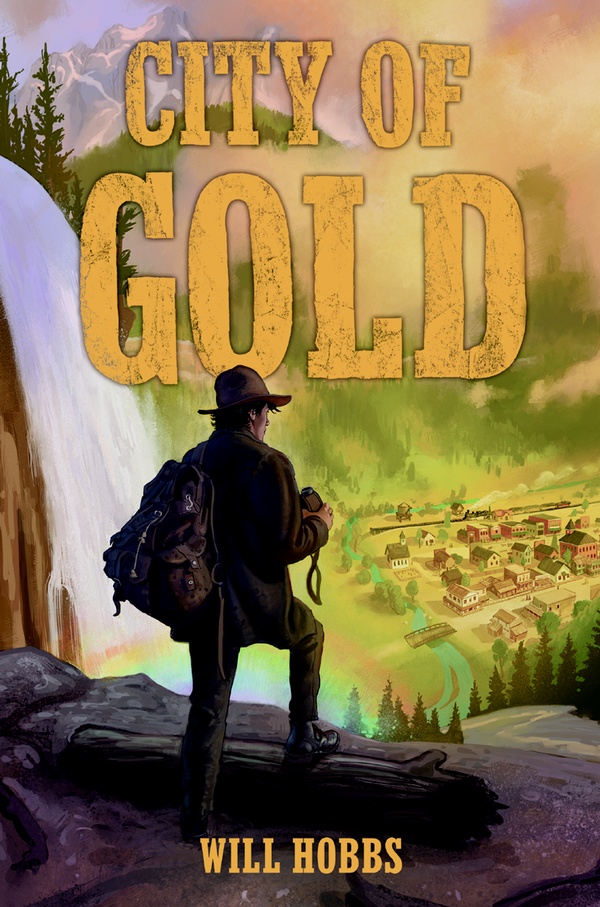