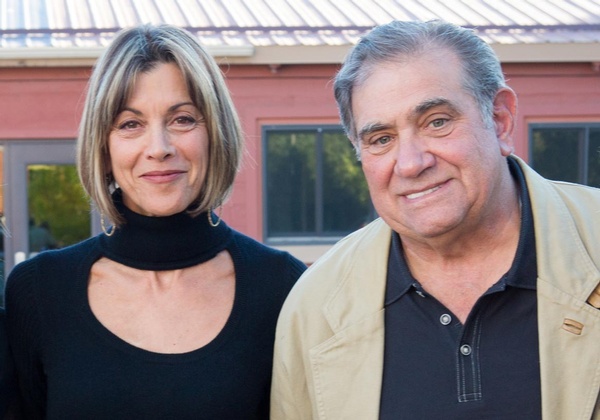 Wendie Malick and Dan Lauria outside the Powerhouse Science Center in 2016 at a reception for their production of "The Guys."/ Photo courtesy Photo Divine

Remember when actual hand-written letters arrived in the mail, delivered by a postal worker, right to your door? Or perhaps there’s a trunk in your attic that contains bundles of envelopes wrapped with a satin ribbon, the contents of which would make you blush or get teary eyed. Ah yes, love letters, those relics of a simpler time when handwriting was legible and sentiments were meant to be shared with just one person. No emojis, no hashtags, no “likes.” Just words inscribed with ink on delicate paper, perhaps sent via “air mail,” which still took days to arrive, if not longer.

This Labor Day weekend, local audiences can relive – or perhaps experience for the first time – this not-so-distant form of romantic communique. New Face Productions, a nonprofit arts fundraising organization, presents a limited engagement of A.R. Gurney’s play “Love Letters,” which will be performed at the Durango Arts Center on Sept. 2-3. Written in 1988, the play was a finalist for the Pulitzer Prize in drama.

The two-person play stars acclaimed stage, television and film actors, Wendie Malick and Dan Lauria, who are returning to Durango following their 2016 appearance in “The Guys.” This time, Malick and Lauria will portray fictional childhood friends Melissa Gardner and Andrew Makepeace Ladd III. Using the medium of letters, once the mainstay of Victorian romance novels, the actors will sit side-by-side and read the notes, letters and cards sent to one another over the course of almost 50 years.

Throughout the course of the play, the characters share the hopes and ambitions, dreams and disappointments, and victories and defeats that have occurred over the course of their separate lives.

For Malick, who won two Emmys for her role as Nina Van Horn in the ’90s sitcom “Just Shoot Me,” and Lauria, the father in “The Wonder Years,” the play resonates more than most because they themselves have been close friends for more than 20 years. Having performed opposite each other numerous times, Malick refers to Lauria as “part of my extended family; Dan and I are like a pair of old jeans.”

Asked how the reading of letters on stage can avoid becoming static and still hold an audience’s attention, Lauria remarked that the play is unexpectedly emotionally moving. “The play will surprise and maybe even shock people by how effective it is; they will see themselves in key phrases that are universal,” he said. “In previous performances, there wasn’t a dry eye in the house.”

Lauria has performed the role of Andrew Makepeace Ladd III in New York and California and will soon be doing it in Virginia and Staten Island, N.Y. He and Malick first performed “Love Letters” together at the renowned Laguna Playhouse in California this past spring. He is currently in rehearsal for “The Stone Witch,” a play by Shem Bitterman about a famous and reclusive children’s book writer, to be staged in September in New York.

A prolific actress herself, Malick will receive the “Art Carney 2nd Banana” award, in honor of the late actor and Jackie Gleason sidekick in “The Honeymooners,” in October in Santa Monica, with none other than Lauria presenting the award. In addition, she will soon appear at the Kirk Douglas Theater in Los Angeles in a new Paul Rudnick play, “Big Night.”

When asked if younger audiences will relate to “Love Letters,” Malick said the play’s universal themes can, and do, resonate with younger audiences. “Even though they are not letter writers, per se ... the play is about the rollercoaster ride of life,” she said. “Finding a place in your own life exists in all of us. Friends, such as Dan, are witnesses to your life and shared times of discovery.”

If the play sounds familiar to Durango theatergoers, it’s probably because it was performed here in April of 2014 by local actors Judith Reynolds and Gordon Thomas; Jack Llewelyn and Meredith Mapel; and Beth Drum and Rich Fletcher.

The story follows a 50-year correspondence between Andrew and Melissa, childhood friends born to wealth and position. Their lengthy relationship begins innocuously enough with birthday party thank-you notes and summer camp postcards. They soon become romantically attached, continuing to exchange letters through boarding school and college – where Andy excels but Melissa flunks out of a series of schools. While Andy is off at war, Melissa marries, but her attachment to him remains strong. They keep in touch as he marries and becomes a successful attorney, gets involved in politics and is eventually elected to the U.S. Senate. Where their relationship goes from there, how each life unfolds, is beautifully chronicled in their candid, heartfelt words and empathy for each other.

Malick and Lauria bring the characters to life through the words alone and will likely leave audience members contemplating the “what ifs” and “what might have beens” each of us consider at some point in our lives.

Funds from “Love Letters” and an upcoming New Face Productions performance of “Post Secrets” (February 2018) will be given to the Durango Arts Center and Big Brothers, Big Sisters as part of the group’s focus on healthy youth development. 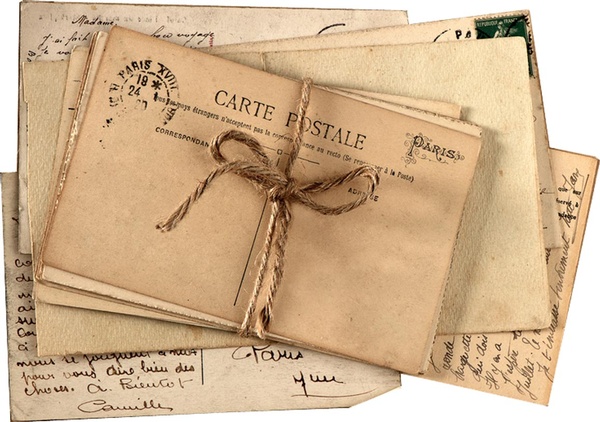 Tickets: $35 at durangoarts.tix.com or at the DAC box office. VIP tickets available with reserved table and post-play reception with the actors.