Western sages
From haiku to hicku: celebrating Poery Month with the new works of Trommer, Lee 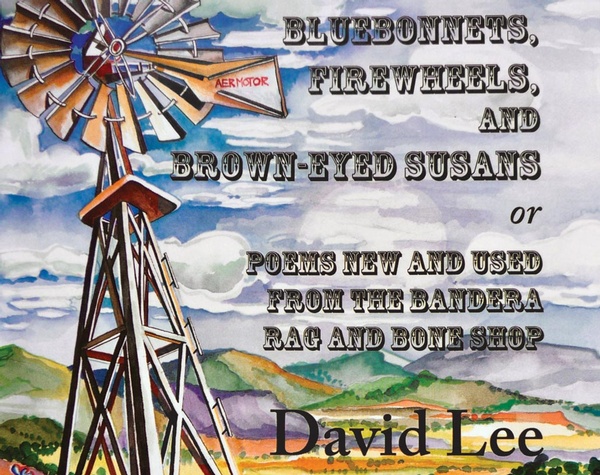 (Editor’s note: April is National Poetry Month. In honor of the more literate and romantic sides in all of us, David Feela takes a look at two recent books of poetry by Western poets: Even Now, by Colorado’s Jill Sabella and Rosemerry Wahtola Trommer; and Bluebonnets, Firewheels and Brown-Eyed Susans (or) Poems New and Used From the Bandera Rag and Bone Shop, by Utah poet David Lee.)

That’s a tremendous outpouring of syllables struggling to imitate a traditional poetic form. Haiku, as most of us learned in school, consists of 17 syllables in a highly condensed and structured vocabularic container.

American writers of English, of course, do not produce authentic Japanese haiku. The two languages are only slightly compatible, and the success of their efforts varies, all too often, in the eyes of those who are obsessed with counting syllables.

Enter Aspen-area artist Jill Sabella and Telluride poet Rosemerry Wahtola Trommer with their new collaborative effort: Even Now (Lithic Press, 2016). Together they have produced an extraordinary hybrid that combines three-line poems with three-line brushstroke drawings. Reminiscent of the old form, the book marries verbal and visual expression and the two are literally one.

Trying to simply read it like a book of poems is an impossible task because each drawing – a triplet of brush-strokes – hovers on the page like a black sun above a verbal horizon. They are like time-lapse cameras mounted to tripods collecting the same light. And they are so much more. This review, stodgy with paragraphs, cannot competently demonstrate how intuitively the two depend on each other, but hold the book in your hands, and it’s obvious, undeniable, remarkable. You’ll inhale the book with one breath, exhale it with another, then go back and forth, re-discovering the layers you missed.

it’s not what I
expected said the fish
given wings

Like the triumphs of evolution, these pairings adapt, informing each other with expansive images and precise, uncluttered lines and language. Nothing is so satisfying as reading a page that ripples the brain, touching both the head and the heart.

Lithic Press has produced an elegant volume, 6 inches square, 45 flutterings thick, complete with an introduction. It’s well worth the $20 price tag, this encounter with a new species of expression.

Sabella’s artwork began with charcoal thoughts. Later the same drawings were done on rice paper with Sumi ink and brush.

The two met in the summer of 2014 after both were invited to participate in a show at the Art Center in Carbondale. The two quickly discovered a common appreciation for simplicity, a leaning toward less and the more that blossoms out of it. 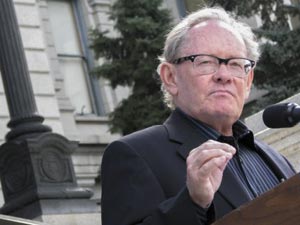 “As every artist knows, something magic can happen with collaboration – it becomes a glorious illogical equation in which one plus one equals much more than we might expect,” reads the book’s intro.

For over a year, the two devoted themselves to exploring threes, in poetry and art. Half of the pieces began with three-line poems that inspired three-line images; the other half were done in the reverse, with the images spawning the poems. The original 12 poems (in three groups of four) were displayed in Carbondale in the summer of 2015 and sold out opening night.

“Though the show was over, we knew our exploration was just beginning, and we spent the next year creating 45 pairings,” the intro continues. “We hope you enjoy this additional journey into three, in which the poem is one piece, and the image is another, and you, dear readers, are the third.”

Wahtola Trommer’s poetry has appeared in O Magazine and “A Prairie Home Companion” as well as back alleys and river rocks. She is Colorado’s Western Slope Poet Laureate and has authored 13 books.

Bluebonnets, Firewheels, and Brown-Eyed Susans (or) Poems New and Used From the Bandera Rag and Bone Shop is the latest work from Utah Poet Laureate and Western wordsmith, David Lee.

Combine the sensibilities of a religious fundamentalist with a free-thinker and what you’ll likely get is an oxymoron, but burnish that with a poet and you get Lee, a writer who has been publishing memorable volumes since his 1974 classic, The Porcine Legacy.

In his most recent release, Bluebonnets, Firewheels, and Brown-Eyed Susans (Wings Press, 2017), readers are handed a bouquet of freshly picked and perennial poems rooted in the soil of Lee’s childhood, though simple nostalgia is not the tenor of these hard-hitting portrayals of rural Texas life. You will laugh out loud and then, perhaps, lower your eyes, having glimpsed not what is right but what is true about human nature.

Lee, who lives in St. George where he is head of the English Department at Southern Utah University, is both poet and storyteller. His new book reads like an anthology of the craziest incidents ever compiled, inspired tales of “women from small town West Texas, 1948-1962.” It’s a tribute to those strong women who shaped Lee’s adolescent brain into a genuine and brilliant custodian of the word.

Much of the pleasure in reading Lee’s poetry comes from his scrupulous attention to crafting each page for the ear and saturating his characters in broad washes of rural dialect, which he electrifies with humorous pronunciations and innuendo. Witness, for instance, the dilemma of a terrified deputy and his “cuddin” Leroy trying to decide how to get a 6-foot snake down from the top on “Mizrez” Birchwood’s drapes:

Could be a giant coppermouf
I dunno
it’s one damn big snaik... mebbe one them amaconda
crawl up through the sewerpipe
bite wormens on the but

It’s impossible not to snicker at the two, the deputy with his pistol drawn shaking in his boots, ready to shoot the “snick” while Susan Butterfield calmly but clearly repeats, “Don’t you shoot that gun in here” at least seven times throughout the 12-page poem, her edict the most lethal force in the room.

The hypocrisy embedded in social norms and religious conventions becomes a lightning rod for Lee, and he strikes with subtle but deadly force. The characters populating these pages are all from the same small town: the preachers, the police, farmers and housewives, children and grandparents. They’re family, all of them. They embody what we’ve seen in the world too, as Lee magnifies their antics and illuminates (like a child with a hand lens) their souls.

Biblical allusions and illusions are the fulcrum upon which Lee’s paradise is supported and his poetic license is regained. Whether it’s a product of his upbringing; experience as a seminary student, semi-pro baseball pitcher or pig farmer; or lucky leftover from his pursuit of a Ph.D with a John Milton emphasis – who cares? The stories delivered from this pulpy mount continually surprise us with little literary miracles.

Threaded through the entire collection are shorter poems “from the sidebar minutes of the monthly Town Board Meetings” that resemble, very loosely, haiku. But in Lee’s hands we might as well refer to them as “hicku” – glimpses of the collective unsophisticated rural wisdom, as in this sidebar titled, Another Reason Why You Didn’t Want Kristine Thornton to Talk During Town Board Meetings:

Humor, satire and awkward social proclivities aside, the book also contains deeper pools, quiet places like verbal ponds that reflect perfect imagery, as in this description of a woman, slowly dying:

...above where she lay in the body length embrace of death, wash hung stretched out and starched on the clothesline like a flock of angels nesting in rows under a fading daylight moon the cheatgrass whitewashed with hard rime

Lee knows how to pick ’em – the words, I mean. Blue-bonnets, Firewheels, and Brown-Eyes Susans is a paper posy waiting to be passed on to you.

Who: Hutchison directs the Arts & Culture and Global Affairs programs for the University of Denver. He is the author of 17 collections of poems, including Bed of Coals, winner of the Colorado Poetry Award.