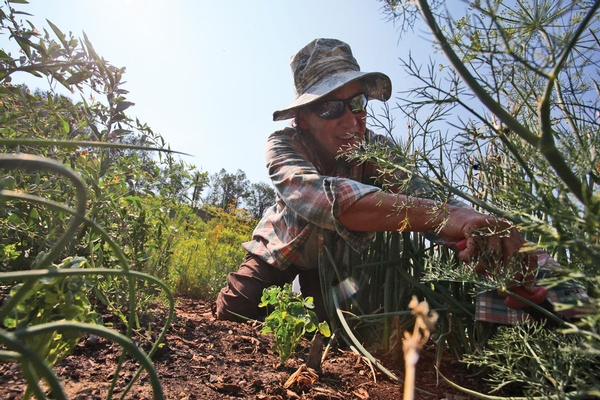 Member gardener Julie Yarsa puts in some time on her plot at Ohana Kuleana on Tuesday. The garden, which has 75 members and is the only large-scale community garden of its kind in Durango, will host an open house this Sunday./Photo by Stephen Eginoire

No doubt it’s been a challenging summer for locals – animal and vegetable alike. But on the north side of town, on a once rock-ridden, flood-prone, dead-end plot of land, lies a verdant, green oasis. Teeming with fruit trees, veggies, leafy greens and berries, it’s kind of like a Durango victory garden, if you will – although others refer to it by its more formal name: Ohana Kuleana.

Taken from the Hawaiian term for “community responsibility,” the garden sits on a half acre of land at the end of E. Sixth Avenue and 30th Street. The land is owned by La Plata County, but former County Commissioner Bob Lieb leased the land from the county several years ago to be used as a community garden. The Garden Project of Southwest Colorado took the reins of the rototiller from Lieb and oversees the garden, now in its sixth growing season.

“It’s been really incredible to watch the garden grow and see so many people get involved, not just growing food but also growing community,” Garden Project Director Sandhya Tillotson said.

This summer, the garden transitioned from having a paid manager, Mia Carrasco-Songer, who was responsible for getting it up and running, to subsisting solely on the strong backs and dirty hands of volunteers. To commemorate the occasion, Ohana Kuleana will be throwing open the deer-resistant gates to paradise this Sunday from 9 a.m. – 2 p.m. The day will be resplendent with live music, a farm stand, and a tour of the old Animas City neighborhood by local historian Bruce Spining. And, of course, no good old-fashioned summer celebration would be complete without pie (for a $5 donation.)

The event will also celebrate the 90th birthday of green goddess and master gardener Marye Jackson, who has been involved with Ohana from the get-go. In addition, Jackson managed the now (sadly) defunct Shared Harvest Community Garden for seven of its 16 years, helped start gardens at local schools and the DeNier Youth Center, and is a former board member of the Durango Botanical Society. It probably is no surprise that she was also the Garden Project’s 2017 Volunteer of the Year.

“Marye has just been an incredible volunteer over the years,” said Tillotson, who recounts working alongside the unbeknownst-to-her octogenarian under the hot summer sun. “She’s such a trooper and so passionate about it. She’s a rockstar gardener.”

It’s people like Jackson that make Ohana Kuleana so special, according to just about any of the 75 community gardeners who lease one of the 45 plots you ask.

In exchange for their $80 fee for the growing season and four hours of volunteer work a month, they get water, irrigation, tools, fencing, fertilizer and unfettered access to all the joys of playing in the dirt. And they get that warm, fuzzy feeling that comes with tilling the fertile soil of community togetherness.

“The really cool thing about the OK community garden is that on any given day, you can find gardeners from ages 5 to 90 there,” member Jules Masterjohn said. She and her husband, Steven DiSanto, have been gardening the same plot for three years now (she is currently ecstatic about her cosmos and nasturtiums, which are “going crazy” right now.) They joined Ohana Kuleana because the townhome they were living in did not afford an outdoor growing space. “We both love to grow food and spend time with growing things. We heard about this new community garden within walking distance, so we checked it out,” she said. “We enjoy the community aspect of the garden as much as the growing things part.”

In addition to the member gardeners, Ohana Kuleana also hosts school kids from Riverview in spring and fall, as well as kids camps in the summer, making for a varied salad mix of folks and experiences.

“It’s wonderful to watch people come through, from first-time gardeners to master gardeners who can share tips and advice,” said Tillotson. “It’s a constant experiment, which is really fun to watch.”

But aside from allowing folks to rub dirty elbows with their neighbors, the garden provides a bushel of other benefits. For starters, with the recent closing of Shared Harvest, it is now the only large-scale community garden in Durango.

“It’s the only community garden in terms of where someone can get their own plot for their family,” said Tillotson.

But the garden goes way beyond radishes and carrots for the dinner table. Ringing the perimeter is what Tillotson calls a “food forest,” a permaculture term for what basically amounts to an edible, permeable landscape. In addition to fruit trees, the forest includes medicinal and culinary herbs as well as berries. But the real beauty of the food forest is that it helps control storm water and erosion, which used to be a big concern among neighbors, whose back yards would frequently flood due to run-off on the lot.

“It’s completely resolved those issues,” she said, adding that keeping the land as open space is also a plus among those living nearby. “Everyone is really grateful to have that garden instead of condos.”

Tillotson said studies have also shown that community gardens lead to lower crime rates and higher property values. “Having a community garden nearby is something that people – especially Millennials – are interested in,” she said. There’s even a name for this trend: “agrihood,” sort of a suburban/farm interface if you will.

But, above all, perhaps the biggest asset of a community garden is the consciousness raising that comes with tomato raising.

“People who grow their own food are more likely to support local agriculture and support local farming, so it’s a viable career for future generations,” Tillotson said. “How radical would it be if we divested from global corporations and invested in our local food economy instead?”

That’s right. That humble eggplant you’ve been nursing since seedlinghood just might grow up to change the world. Or at least make a killer parmigiana. So dig in.

For more on Ohana Kuleana, go to thegardenprojectswcolorado.org or visit them on Facebook. 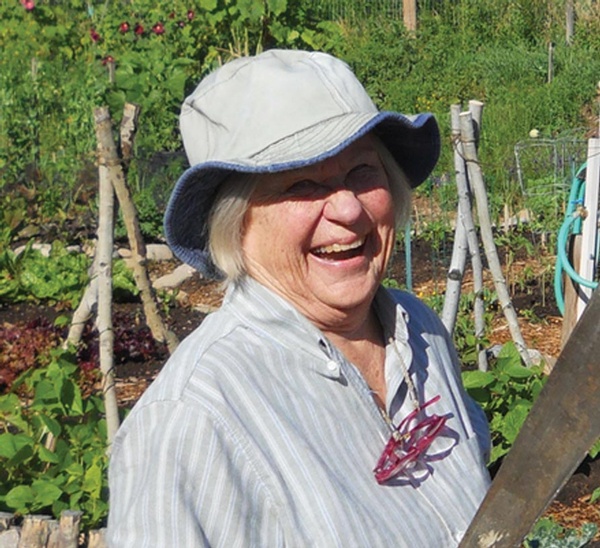