Who will fill the big shoes? 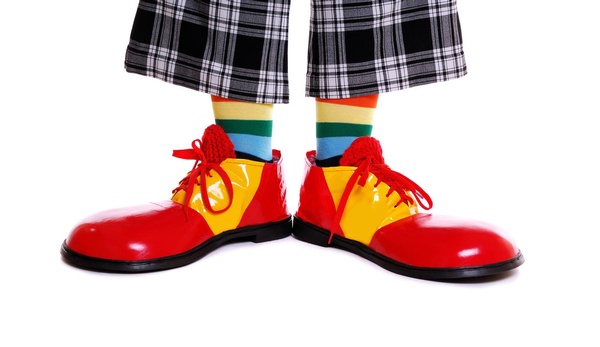 When you think of Richard M. Nixon, chances are it’s no laughing matter. To be sure, his presidency was a time of great divisiveness for our nation. And yet – perhaps in the ultimate irony – it was he who, on Aug. 2, 1971, signed Proclamation 4071 designating the first week of August as (wait for it): “National Clown Week.” The document’s opening paragraph states, “Whoever has heard the laughter of a child or seen sudden delight on the face of a lonely old man has understood in those brief moments’ mysteries deeper than love.”

But let’s face it: the public may be falling out of love with clowns as of late. From the venerable “Seinfeld” episode where Kramer admits to a fear of clowns (a condition known as “coulrophobia”) to Batman’s “Joker” or “The Simpsons” washed-up, boozy Krusty theClown, pop culture hasn’t exactly helped bolster the reputation of the funny men and women in white makeup. Add to this the demise of the Ringling Brothers’ circus, not to mention the remake of Stephen King’s “It” as well as last year’s “scary clown” internet hysteria, and you’ve got a full-blown PR nightmare.

It’s enough to make one wonder if it’s time to hang up the rubber red nose for good.

But if history is any indication, clowns have some proven staying power. There is evidence suggesting clowns have been around as early as ancient Egypt circa 2,400 BC. And throughout history, they have served in social, religious and even psychological roles. Consider the mischievous court jester or Punch of Punch and Judy fame, the stick-wielding character who eventually gave rise to the term “slapstick.”

Through the ages, clown performers – circus and otherwise – have helped divert audiences (or raging bulls in the case of the rodeo clown), and make them laugh in the process. Think of a world without such entertainment icons as Charlie Chaplin, Harpo Marx, or Clarabelle and Bozo. More recently in the “good clown” department, we had the 1998 film “Patch Adams” in which Robin Williams – no slouch when it comes to clowning around – portrayed a true-to-life medical student who broke with decorum by using humor to bring joy to his patients.

Undoubtedly, most people prefer this smiling, happy version of the clown, much like Nixon’s axiom. However, as Benjamin Radford points out in his 2016 book Bad Clowns, the idea of a happy clown is a relatively new phenomenon. “It’s sort of a misconception to ask, ‘When did clowns turn bad?’’’ he writes. “The notion of

clowns as good is fairly modern.” Fortunately, for those of us who enjoy this kinder, gentler clown, not to mention a good sight gag, the good kind of clowning is still going strong. In fact, there are dozens of schools and organizations throughout the world dedicated to helping would-be jokesters hone their talent, build a character and develop a clown persona. For example, the World Clown Association is a world-wide organization for jugglers, magicians, face painters and clowns that, in addition to putting out a regular magazine (titled Clowning Around, of course), also hosts an annual clown-vention (2018’s will take place in March in Bloomington, Minn.)

There’s also the Colorado Clown Alley, a non-profit group that aims to bring together and educate serious-minded amateur, semi-professional and professional clowns devoted to the work. “We are dedicated to the art of clowning,” its website reads, “and to bringing joy and happiness through our art to everyone we encounter.”

Even Durango has its share of merry makers. Among several performers with roots in Durango who chose the clown path are Alyse Neubert and her fiance?, Matt Dranzik. Neubert, who is from Dolores but now lives in Philadelphia, and Dranzik often teach and work in Durango. An alum of Fort Lewis College, she worked as a professor last semester in the FLC Theatre Department where she taught dance. “We both have master’s degrees in physical theatre, part of which focused on historical, contemporary and European clown, among many other physical forms of theatre,” said Neubert, who now works as a circus and clown teacher. “We are professional clowns and use clown technique in our teaching and professional theatre work.”

Describing her entry into the world of funny, Neubert said she wasn’t “interested in clown” at first. “I didn’t understand it and hadn’t ever looked into what clown is,” she said. But, once introduced to it, she realized how encompassing clown technique could be and how it could be applied to other theatrical forms. “Now I can’t get enough,” she said.

Neubert said aside from making others laugh, being a clown is also about self-realization. “I think every clown has a little bit of their self in their act,” she admitted. “My first clown character was developed through being put in a lot of uncomfortable situations, (my) frustrations, and through honest, unrestricted play ... sometimes you find what you want to work with and other times, it finds you.”

Durango’s Nathan Ballenger, who now lives in Golden, might be remembered as the top-hatted stilt-walker at local public events and gatherings. His clowning days in Durango began as part of a performance art piece of dancing clowns that all piled magically into a coffin. Although today his clown activities are confined to the occasional birthday or street festival, for him, clowning is second nature. “Clowning is like being a writer: it just comes naturally,” he said.

He also talked about its ability to reach oneself, and others, on a deeper level. “It entails leaving your personality and entering a spirit place that communicates to the community what the community wants to know, or needs to hear; usually through humor,” he said.

When asked about the future of her profession given the spate of clown sightings and negative publicity, Neubert said she can understand why some people are scared of clowns. “But in all honesty, this fear is something I have only seen in the United States,” she said. “Clowns exist in almost all cultures around the world and are represented in different ways.”

Her advice? Turn off the TV, put down the book or step away from the internet. “The types of clowns I see people have difficulty with tend to be the type we have seen in ‘American Horror Story’ and Stephen King’s ‘It,’” she said.

In fact, humanity’s need for clowns and the laughter they bring may be more important now than ever. Perhaps Proclamation 4071 (as odd as it may seem) summed it up rather succinctly: “In the folklore of the world is the persistent claim that the heart of a clown is sad, and that all the gladness he provokes is simply a facade for the pain he cannot reveal to the world. In the myth is the kernel of reason: the clown leaves happiness where he goes and takes misery away with him ... for surely the laugh-makers are blessed: they heal the heart of the world.”

So, all political comparisons aside, send in the clowns. At least the good ones. 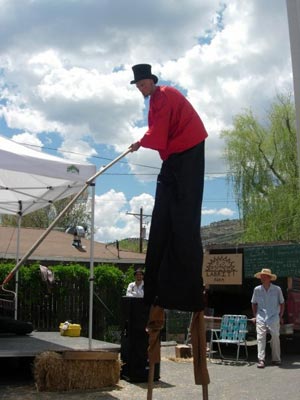 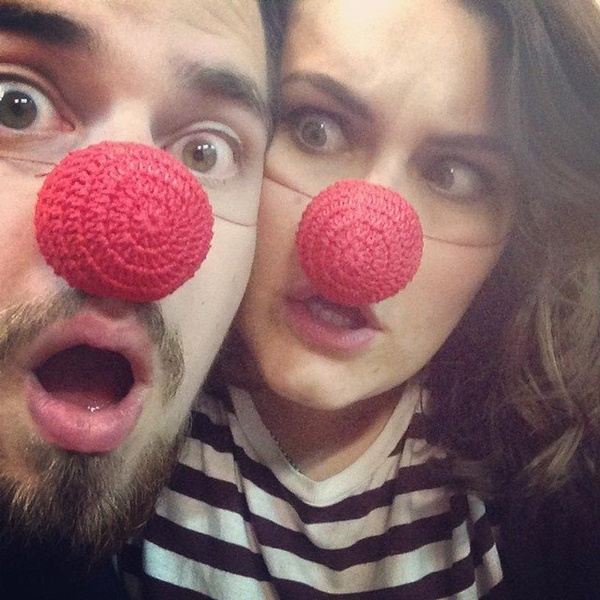 Partners Matt Dranzik and Alyse Neubert clowning around. The first week in August is “National Clown Week,” established by President Nixon in 1971. No fooling./ Courtesy photo