Wool: It does a body good 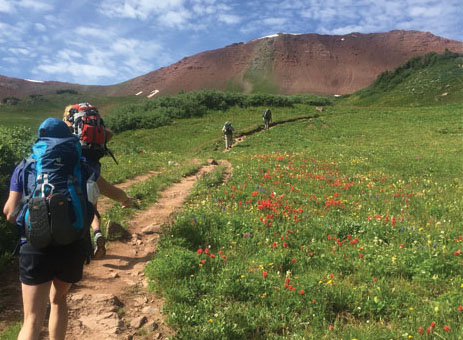 The unsung hero of blister prevention has arrived stateside, and leading the reform-in-your-shoes is Durango-based entrepreneur Jill Schuman. Her wonder wool product, called eNZees Foot Soother, is fit for the soles of kings and the toes of outdoor recreationists and mall walkers alike.

“In New Zealand, they sell it in drug stores,” says Schuman. “Over there, they’ve used it for generations. It’s not a new concept that I invented; it’s just new to the States.”

On July 7, eNZees (think N.Z., aka New Zealand) launched on The Grommet, an online springboard for novel, inconspicuous products. Exposure on The Grommet means the New Zealand-sourced creation has officially gone global, and Schuman’s sales are skyrocketing.

Of 60,000 submitted each year since 2008, only 3 percent of all products reviewed by The Grommet are selected for the Massachusetts-based business.

“Grommets aren’t just things,” says The Grommet’s website. “Grommets are products with a purpose invented by people with stories.”

For Schuman, the story of eNZees begins in the land of Hobbits, kiwis and pastoral vistas peppered with roughly 28 million sheep. With a population of just under 5 million, that’s six sheep for every human, the highest density of sheep per unit area in the world.

At the start of a 27-mile hiking trip on the South Island four years ago, Schuman was introduced to lamb’s wool as a prevention method for blisters. Her guide explained that lamb’s wool is coated in lanolin, a wax that wicks away moisture and reduces friction. Intrigued, Schuman pulled a piece off of the guide’s stash and wrapped it around her toes and heels, holding it in place while she slipped on her socks. No scissors. No tape.

As she hiked over hills and dales, the wool wove into her socks like Velcro, keeping it in place around her trouble areas. At day’s end, she tugged it away and was excited to see nothing more than tired, happy feet.

“The lanolin keeps your skin soft like a baby’s bum,” says Schuman. “And when you’re done using it, you just bury it in your garden because it’s biodegradable.”

Inspired by the results – or lack of irritating blisters – Schuman decided to share the 100-percent, all-natural remedy with her active community back home in Colorado. She chose a New Zealand-based sheep breeder, a wool broker to handle sourcing and shipping, and local advertising guru Margaret Hedderman to conduct marketing. And just like that, Schuman came out of a 20-year retirement and unveiled eNZees Foot Soother.

Getting the wool from sheep to feet is fairly straightforward. After the breeder shears humanely raised lambs, wool processing takes six weeks. The wool is then scoured and trace amounts of lanolin are left to keep the soother soothing. These giant bales are then wrapped in plastic and wire and put on a ship for a 45-day door-to-door journey traveling from the South Island of New Zealand to Durango.

Schuman receives 1,000 pounds at a time, splitting up the shipment into 250-pound parcels that are then hauled to Shalom Denver, a nonprofit facility that employs the underserved community to “pick and pack.” Bundling the wool into palm-sized clumps, these fairly paid individuals place the product into hand-made, waterproof packages.

“It’s a great opportunity for these workers to re-enter the job market,” she continues. “With this type of job training, they’re oftentimes hired by other companies and bigger corporations.”

“Once, I was cross-country skiing at Cascade and saw this woman sitting down in total agony,” shares Schuman. “I always keep eNZees on me, so stopped and wrapped her heel and big toe. She wrote me later online that it worked and was absolutely amazing.”

Runners and golfers also use eNZees with their shoes, while some bikers use it not only on their feet but on other trouble areas as well.

“A biker friend of mine was trying to get a rash on his groin under control,” says Schuman. “His wife was using the wool and recommended he give it a shot. Now, he wears the wool and doesn’t get a rash anymore. That lanolin has curative properties and even keeps rashes from exploding and spreading.”

But it’s not just for outdoorsy types, says Schuman. Last year, for instance, Mercy Regional Medical Center purchased some to use in Journey of Hope swag bags. As well, dancers, doctors, waiters, nurses, military personnel, urban commuters and sweaty, nervous people wrap their feet before hot spots become an issue. Because once the blister is there, eNZees can’t help, though it is good for other pre-existing ailments.

“An older gentleman I know uses it for bed sores,” says Schuman. “It’s the only thing that’s helped him.”

Like Schuman’s hiking guide explained to her that fateful day years ago, lanolin is a grease-like wax found on a sheep’s coat, serving as a waterproofing agent that helps sheep shed water on rainy days, while their wool keeps them from freezing.

“This pain-stopping wool is as kind to the lambs as it is to your feet,” says Schuman.

Each spring, farmers shear their sheep to not only harvest the wool but to also ensure the sheep are less prone to heat strokes and bothersome insects. Besides protecting sheep from environmental havoc, shearing leaves the farmer’s hands soft and utensils rust free. Thus, lanolin’s tendency to protect and heal was recognized as a marketable item that’s been traded since biblical times.

In the 1960s, the use of pesticides in agriculture became the norm and lanolin was soon blacklisted in beauty products. But after a couple of decades of tweaking methods back to chemical-free, lanolin shines again as the bright star of popular, skin-loving treatments. The natural moisturizer is used on anything from chapped lips to nursing nipples, and now, feet.

“I believe eNZees will become a new lexicon,” says Schuman. “Like Kleenex is for tissues, people will refer to wool as eNZees.”

Of course Schuman would help shape the next fashionable wave with something as obvious and revolutionary as wool. Her first business revolved around a similar concept.

In 1981, the East Coast native held a master’s in education and was working as a dental hygienist.

“I was not enamored with that profession,” she laughs.

After reading an article on personal computers, Schuman had a “notion that everyone would have one in the future” and that education and training would be necessary, so she started a consulting business for software companies.

“It was the high-tech salad days, and I was in the high-tech Mecca,” says Schuman, who acquired 200,000-flying miles working 90 hours a week between London and Boston.

“I worked with Bill Gates sometimes,” says Schuman. “I’d organize these multi-million dollar conferences that would take over cities. Five hundred to 20,000 people would come, and I was there to educate them all.”

On days off, Schuman would escape to her second home in Vermont for fresh air. In 1994 at the age of 44, she sold her company and moved to Colorado.

“I’m an old fart, thriving and happy,” says the spry 65-year-old. “I guess I couldn’t do retirement. They call these ‘encore careers’ when there’s so much life and passion to start something new. Many people go into non-profit, but I’ve always loved business.”

This kind of capitalist mentality embodies the mission behind The Grommet, explaining why Schuman’s eNZees stood out.

“Buy differently,” The Grommet website encourages. “Our end goal is that within five years, 10 percent of all products flowing through U.S. retail will be originating from independent, small-scale makers, creating vibrant jobs and innovative products in every corner of our country.”

That niche is exactly the one Schuman plans to fill.

“This country needs wool,” says Schuman. “And people are finally getting it.” 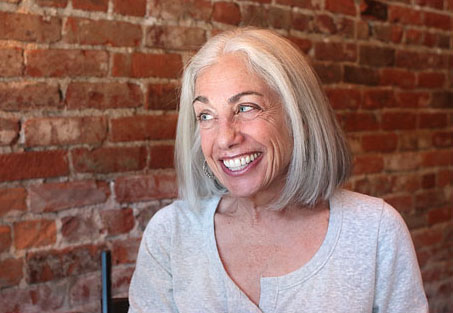 Jill Schuman, owner of eNZees, says the lanolin in the wool helps wick moisture and reduce friction./Photo by Jennaye Derge