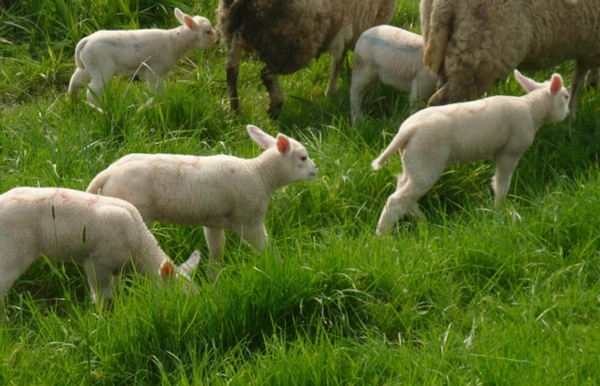 If you’re the kind of person who would make a lifestyle change based on its impact on the climate, you’re probably already aware that your food choices impact the molecular balance of the atmosphere in ways pertinent to life as we know it. By some estimates, half of human greenhouse gas emissions are released by the production, transport, preparation and subsequent waste of food. And thanks to population growth and economic development around the world, that portion is steadily growing.

This reality has spawned a foodie tribe known as the climatarians, members of which, according to the New York
Times, adhere to a “diet whose primary goal is to reverse climate change.”
You might think of climatarians as allies to the locavores, fellow do-gooders trying to save the world by eating carefully. But their agendas are not always aligned. It turns out that the distance food travels, while important, makes less of a difference to the carbon footprint than how that food was produced.

Many studies indicate concentrated animal feeding operations, or CAFOs, are more efficient than raising grass-fed animals because the operations benefit from the economics of scale. They are more efficient, the animals grow faster and are ready for slaughter sooner, so they end up producing less methane over the course of their lives. The emission of methane, a much more potent greenhouse gas than carbon dioxide, is a big reason animal products are shunned altogether by many climatarians. But others will try to keep their meat, but eat it as efficiently as possible. While the average omnivorous locavore may balk at the idea of a fast food burger, a climatarian might pull into the drive-thru, turn off his engine, and marvel at the efficiencies of the modern food system while awaiting his turn.

There are notable exceptions, of course. Hunted meat can be free of carbon guilt. If you live near the beach you can dig clams, you similarly avoid being part of the problem.

And there is the position championed by Allan Savory and others that grazing animals can actually help remove carbon from the atmosphere. Many landscapes evolved with ungulates such as bison, antelope, elk and caribou, and these species have largely been pushed off of their native range. Replacing these grazers with range animals like cattle will stimulate plant growth, Savory argues, which will absorb enough carbon dioxide to make up for the animals’ methane emissions. While currently outgunned in the climatarian community, this idea has been gaining momentum.

But the way the food system works today, the average hunk of mystery meat or cheese is going to be very bad for the climate. This is why the cheese-burger has come to symbolize the ultimate climate-killing food. But we could certainly do worse. And, I would argue, it would be instructive to contemplate the worst-case scenario, from a climate perspective. A climate denier’s Happy Meal, as it were.

To determine the most anti-climatarian meal ever, I used an online tool called the Food Carbon Emissions Calculator, created by a company called Clean Metrics. You plug in the type of food item you wish to review and the distance it will be shipped via truck in the U.S. once it reaches port (if it’s imported). The calculator spits out the number of kilograms of carbon dioxide released by producing and delivering a pound of the food in question to your door.

As expected, top of the list is red meat, with lamb being the worst – nearly 12 kg of atmospheric carbon is released per pound of meat. So while lamb will most certainly be on the menu, we need to make sure it’s the right lamb. Most of the lamb consumed in the United States is from New Zealand, from where it must be shipped, frozen. Shipping something from around the world that grows perfectly well in the United States seems about right. And then we don’t have to worry about local, pasture-raised lamb, because that, likely, won’t be bad enough.

We need to select a cut of lamb that will require the most cooking, thereby releasing as much carbon dioxide as possible. We want to cook it for hours. And serve it with out-of-season side dishes and creamy desserts.

The main course will be braised lamb shanks, aka Osso Bucco. Shank is the only part of a lamb’s body that could benefit under extended cooking, thanks to it being the toughest (and arguably tastiest) part of the lamb – so tough it needs to be cooked for hours to render it chew- able. In order to waste as much energy as possible we will braise the shanks in a big oven, rather than a more efficient crock pot.

Let’s prepare this meal in winter, so we can import our vegetables, which would otherwise be of negligible climate impact. Some tender salad greens that nobody will eat, tastefully laid on the side of the plate and will end up decaying nicely in a landfill and releasing more carbon dioxide would be ideal.

While a head of California lettuce shipped across the country would only set the climate back about 0.2 kg of atmospheric carbon, if we can import the same thing out of season – raised in a greenhouse in Sweden, for example – then we are talking 4.5 kilos of carbon dioxide. That’s nearly twice the carbon impact of Norwegian lobster, which is no saint either at 2.5 kg. If seafood is what you want, mackerel will only give you 0.63 kg worth of climate guilt.

While a vegan diet is generally going to be better for the climate than what we would enjoy at the Brazilian BBQ, the Swedish lettuce example shows that blind allegiance to vegetables could cause you to do more damage to the climate with that salad than you would have done with a lobster roll. I, for one, would lean toward the lower emission lobster with zero hesitation.

Altogether, a climate denier’s Happy Meal of braised Osso Bucco with Swedish lettuce and artisan Wisconsin cheese could generate about 21 kg of carbon dioxide, and that doesn’t include cheesecake for dessert. A meal of lentils, vegetables and rice, on the other hand, comes in at about half a kg. We could throw in a bottle of wine and still be under a kilo. That, and the occasional Norwegian lobster, would keep you well fed and guilt free.

But the most important take home from this exercise is that if you put a little thought into where your food comes from, you don’t need to blindly follow any one ideology. With a little brainpower you can assess how good or bad food is, for yourself and the world.