Attack of the killer tomato harvest 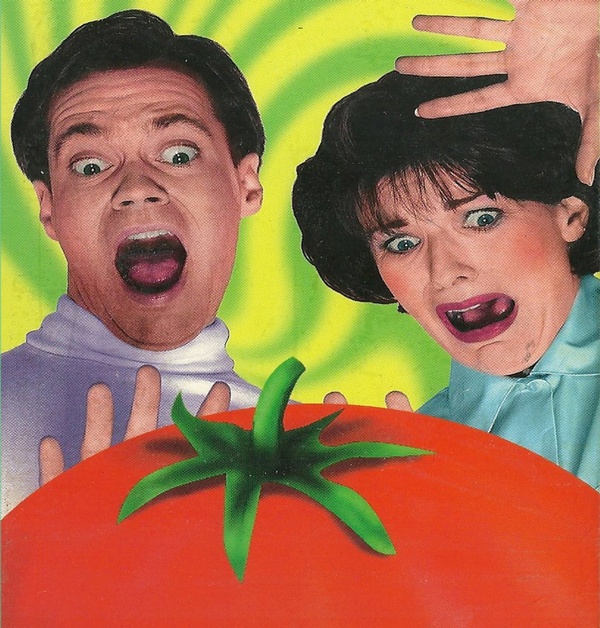 When tomatoes rain, they pour. One day you’re wondering if any of yours will ever ripen, and the next day you’re wondering what to do with them all. And then before you know it, frost hits, and that’s that. You’re stuck with the memories of tomatoes that you were able to enjoy, a crimson froth on the wave of summer, and with whatever tomatoes you managed to stash away.
But now, the tomatoes languish, growing soft on countertop platters. One can also feel crushed by the weight of all the responsibility those tomatoes embody. If any rot, you have committed a crime against food.
Whether they come from a flush garden, friendly neighbors, farmers market or food bank, if you don’t have tomatoes to deal with yet, you will soon. So here are three ways of handling the red monsoon of August.

Simple oven-roasted tomato sauce
This sauce is the ultimate way of putting away tomatoes quickly and efficiently while leaving the widest array of options on the table. Other than a little bit of salt and some vinegar to raise the acid level, I kick that jar down the road, knowing that when the time comes I can decide how to season it. I leave the sauce uncommitted, and add whatever spices or veggies I care to at the time of cooking.
Remove stem scab and any imperfections. Lay tomatoes flat on a cookie sheet(s), and roast them at 400 degrees until they collapse into round, wrinkled piles. Remove the tray from the oven. When the tomatoes cool, lift skins off, squeezing their pale juice back onto the tray.
Many people blanch their tomatoes in boiling water and remove the skins that way. But since learning the oven-roasted tomato attack, I never looked back.
But however you reach the point of having peeled your tomatoes, dump the remaining juicy pulp into a thick-bottomed pot and simmer on low heat for an hour or two, until it reaches the desired thickness. Season with salt.
Assemble your sterilized jars. Add a tablespoon of vinegar to each quart, and half a tablespoon to each pint. Then ladle the sauce into the jars, and process for 20 minutes in a boiling water bath. This sauce can also be frozen in freezer bags, after first letting it cool.

Ma Ma’s Chunky Spicy Ketchup
This sauce, courtesy of my friend Allen Broach’s grandma, comes from southern plantation country. I’ve only been making it for a year, but it’s already developed a following among my circle of canning enthusiasts. The original recipe uses canned, drained tomatoes, but I’ve made it with fresh tomatoes and it works great. The juicier specimens, however, might take longer to cook down sufficiently. I like to use a combination of Roma and slicing tomatoes.

4 quarts canned (drained) or fresh tomatoes, coarsely chopped
1 rounded tablespoon whole mixed pickling spices, tied in 5x5-inch square of cheesecloth, and crushed with a mallet
2 tsp salt
½ tsp black peppercorns (Broach admits to using a lot more)
1 cup sugar
¾ cup dark vinegar (I used cider)
5 medium onions, chopped
1 or 2 pods hot pepper (optional, but recommended)
Add everything to a thick-bottomed pot and cook on low/medium for two to three hours, stirring often. Occasionally mash the bag of spices to release flavors.
“Don’t hurry with this sauce,” Broach cautioned. “Ma Ma was a very patient person and cook.”
Pour into sterilized jars, process in a hot water bath for 10 minutes. Keep them away from my Ma Ma-in-law, as she would happily eat them all.

High Octane Salsa
I learned this technique from the rarest of individuals: a used car salesman with whom one actually wants to be friends.
Roy Sasser got into spicy foods as part of a successful effort to get off drugs, as the endorphins created by spicy heat are similar to those of opioids, he says. And he would know.
Along the way, Sasser became quite the salsa master. But he stayed humble. “Ah don’ know hwhat ah’m doin’,” he confessed in a southern drawl thick enough to stick a truck up to its axles. “Ah jus throw a bunch a shit together.”
His self-deprecating assessment is basically true, but his method is tested. Not only is it delicious, this is the kind of salsa that’s built to last. I once stumbled upon some 5-year old jars of Roy salsa and didn’t hesitate. They were still in top form.
Roy’s salsa involves a lot more ingredients than the oven sauce or ketchup. But the ingredients are basically all in season now, so this is a way to put away a lot of different vegetables at once. By the time you’ve turned them into salsa, you will defend those jars with your life.
Tomatoes and chili peppers comprise the bulk of this salsa, with garlic and carrots rounding it out. The ratio of tomato to chili pepper should be about one to one by uncut volume, or three to one by weight. So, for a 40-pound box of tomatoes, you’ll want 13 to 15 pounds of peppers, as well as 10 large onions, three pounds of carrots and six heads of garlic.
High-acid, juicy, canning tomatoes are ideal; look for big, red and round normal-looking varieties. No Roma-style or funky heirlooms. As for the peppers, include as many shapes, colors, sizes and flavors as you can. This diversity gives salsas character. I use whatever I can get my hands on, most often jalapeños, bells, Anaheims, waxes, pickled peppers from the jar in my fridge, and perhaps some crispy red pods pulled from the half-empty ristra hanging in the garage.
Salsa lovers with low heat tolerance can assemble a diverse collection of mild, sweet and flavorful, and still get the complexity of a good salsa. If you’re in the hot camp, use gloves and remember to remove them before using the restroom. And wash your hands after as well.
Roy fills his pot by the food processor load, as in: five loads tomatoes, five loads peppers, two loads onions, one load carrots, half a load garlic.
Keep adding ingredients at those proportions until the pot is almost full. Then mix the contents, turn on the heat, and gently bring the salsa to a boil, stirring and scraping frequently to prevent scalding. While heating, season with salt and pepper, tasting frequently with corn chips and beer.
When the mix hits a boil, let it roll for 30 seconds, then turn off the heat. Ladle the salsa into hot sterilized jars, and add a tablespoon of apple cider vinegar per jar to keep the acid up, and screw on sterilized lids. The hot-packed jars will seal as they cool.
With these three recipes in your arsenal, you will never again fear a pile of tomatoes.