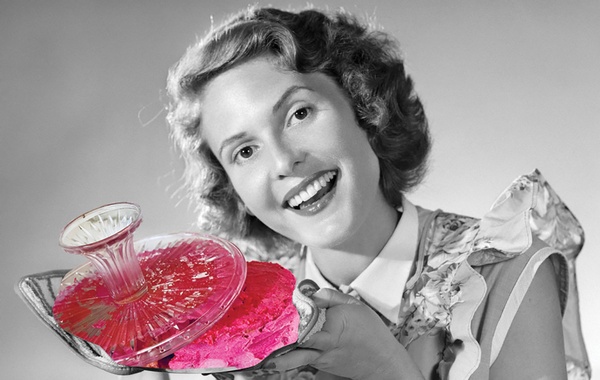 I got a bread machine for Christmas. Not a string of pearls, a purple beret, Bomba socks, an air-fryer or a quick pot. It’s still in the box, and Valentine’s Day is just around the corner.

It’s seems like re-gift material. Who, after all, in this age of the caveman diets, would consider such a clumsy purchase? (Thank you, loving, devoted, carb-rich Aunt Meme.) She knows I can’t bake.

“You’re kidding, right?” says my friend Laura, acknowledging the picture of raisin cinnamon swirl bread on the box with a tiny look of true horror. She’s about as close to constant ketosis as you can be without dying from the keto flu, and for this feat, she’s quite proud. We’re the kind of friends who don’t judge each other’s predilections. Last year as I zeroed in and out of the sleeping beauty diet, the baby food diet, the air diet (right on, Madonna), the dessert with breakfast diet, the werewolf diet – I finally stopped at tapeworms – she never blinked an eye.

“Janet and Fred Crider have started carb cycling. It’s a thing now. You can only do it if you’re in training, though. You’re working out again, right?”

“It’s because of the carbs!”

Ah, ha. If I applied the carb-cycling diet, I just might be able to consume no-guilt, mouthwatering homemade bread right here in my kitchen. French bread, ciabatta, focaccia, real pizza crust and get a great ass?

I gotta get this thing out of the box.

“Remember, everything in moderation,” Laura hollers as she trots out the door.

We wave. It’s dumping snow. I close the door. It’s suddenly a perfect afternoon to set the bread machine and wait for the magic aromas to begin. I don’t have many childhood memories of home baked bread, but I can pretend.

I can’t smell anything except the bit of smoke the machine emitted when it began its quiet rotation. The final beep is long and loud. We peek into the machine and lift out what looks like hobo bread baked in a coffee can. It’s heavy. Dense. Nicely browned. We butter a warm slice.

“It’s good,” he says with a shrug. I know what he really wants is monkey bread.

I look at the silly, round loaf. I know I’m not going to recycle all those carbs on the Incline in the ice-cold garage. I dump it in the garbage where it makes a thud.

Is it really bread if you never touch the dough? I thumb through the booklet and find something truly cravable: thick, chewy focaccia with rosemary, sea salt and parmesan.

For this, you program the dough cycle, shape the dough onto a real pan and bake it in a real oven. At dinner, the focaccia smells good but looks dead. It remains untouched. Not the product of my hopes, but it’s a start ... .

With Aunt Meme’s birthday’s coming up, I call and thank her for the bread machine and tell her I’m going to make her a cake.

“No not in the machine, Aunt Meme. But, thanks to you, I’m starting to bake!”

Why would I lie to a lady who makes her own brown sugar and evaporated milk? And has a Pyrex tat where her bra straps cross? On the phone she reminds me that cakes rise too fast and fall too hard in these parts. To adjust for the altitude I should: cut back the baking soda, add a bit of extra flour, cut the sugar a tad, add a bit more liquid and a dash more salt, raise the temperature by 25 degrees and cook five minutes less.

I squeeze the area between my eyes. “Anything else?”

“Don’t pack your flour into the measuring cup. Lightly spoon it from a napkin into the cup until it overflows, using a knife to sweep it off. No scooping!”

What a fine balance it is, baking above 3,000 feet. It’s a science I’ve always dreaded knowing. According to the facts, as elevation rises, air pressure falls. Which means liquids evaporate more quickly since water boils at a lower temperature. As leavening occurs faster, cell walls stretch beyond their maximum and burst into a fallen mess inside your oven.

In a moment after a private vape, I check on Kiki, my father’s Westie whom I adopted after he fell the first time last spring. Dad is gone now. A feeling of dread rises inside me. That’s what depression is. I force myself to go back to the kitchen with my original plan of making good focaccia. With that under my belt, I’ll be ready to tackle a simple layer cake for his baby sister.

I give the bread machine a wink. I have some future ideas about using its gyrations for risotto (but that’s another story). In my adjusted focaccia recipe, I let the Kitchen Aid beat the dough violently with a scrape attachment for several minutes, then ball it, cover it and finally bake it for less time at a slightly higher temperature. The results are a focaccia that’s golden and thick, but not too heavy. I tear a warm piece and dip it in balsamic. My taste buds scream back to life. That’s some good crumb. Success!

I throw together a paleo version for Laura, using almond flour, secretions of bacteria and colon cleanser (xantham gum and psyllium husk) to get it to stick together. In a reverse, this focaccia tastes better than it looks.

The birthday cake is now due. I feel a bit more confident in the task of baking as therapy. I decide to make a girly layer cake frosted in umbre pink and white.

I have the vision, but damned if I still don’t have the correct methods. After carefully adjusting for altitude, I still come up with a series of fallen, uncooked cakes. I go back to my notes: did I over-mix the batter, or is the baking powder old? Water too cold? Air too wet? Eggs not big enough? My oven is Italian, and cooks everything uneven. Gad! I don’t have the rest of my life to keep adjusting. What’s a girl to do?

This part, dear reader, is my gift to you, the knowledge to turn out an occasional, professional looking layer cake with ease. The final secret? Kakeladi’s “Original” WASC – white almond sour cream cake. In reality, simply a doctored version of any box mix that works with perfection at high altitude. Just add a cup of flour, a cup of sugar, a cup of water, a cup of sour cream, three eggs and liquid flavoring to the box mix. Pour into well-prepared 9-inch tins (you won’t regret this step, using parchment paper for the bottoms, and being sure the sides of the tins are well-oiled). Bake at 300 degrees for a half hour, then turn up to 325 for another 30 minutes.

I’m so excited at the results I decide on a four-layer cake for my dear aunt, a pretty shaky affair. While the layers aren’t exactly even (did I mention my stove is from Italy?) they’re at least stackable. After a world of trouble frosting the cake in a hot kitchen (a whole other story), I finally stop the madness. Before I prop it in the deep freeze, I text a picture to Laura. She sends me a thumbs up emoji, along with a message asking if I’d begun carb-cycling. I respond that it’s too risky right now. But hold on – there’s a new diet in town according to my friend.

“It’s called the Dubron Diet. Which basically is just fasting on a 16-hour cycle.”

A diet passive enough to suit me. Too passive. I decide to hop on my bike and start a good ole sweat-if-off routine. And with a four-tier cake slowly slumping off its plate, I can’t get out of the kitchen fast enough to ride the quiet, snowy roads in an altitude that’s actually breath saving.