Breaking out of your shell 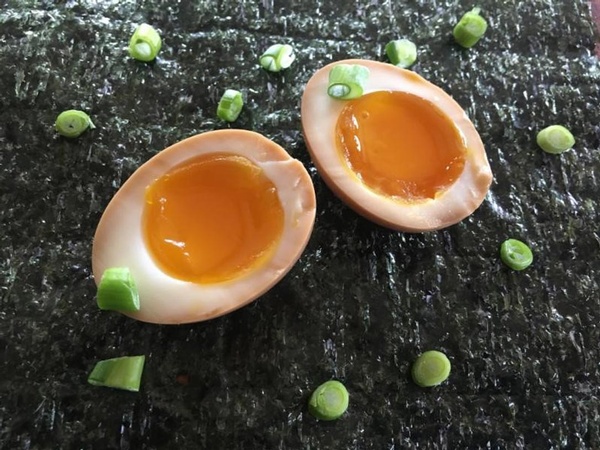 We egg snobs have it good in spring. Whether we get our eggs from a winter market, a hen-ranching neighbor or one’s own back yard, we get them fresh.

Most hens slow down, or even take an all-out lay-cation during winter. But when spring hits and the world wakes up, the girls get happy, and productive.

Freshly laid eggs will elevate any egg-based dish, but the best way to appreciate a quality egg is going to be the simplest. For me, it’s all about the yolk, so I take mine soft-boiled.

I once had a co-worker who would bring two hard boiled eggs to the break room every day at 10:30. He would eat the whites and place the unwanted yolks on a napkin on the table for the rest of us to contemplate, in their chalky green overcooked glory. A muscly guy, he wanted the protein but not the fat, he explained. He seemed like a frustrated guy, or so I felt. Those forsaken yolks explained the situation perfectly. But it wasn’t until I met his alter-ego years later, that I realized how much of a yolk man I really was.

Whites can be useful in places, beaten stiff into meringue or made into various foams. And the combination of white and yolk in scrambled eggs is a thing of perfection. But a choice between eating yolk or white is about as hard as choosing between sun and clouds. Turning one’s back on yolk is like bailing on the possibility of a thrilling life and choosing the safe road.

To the fictional Padre Xantes, from Peter Matthiessen’s At Play in the Fields of the Lord, his daily egg yolk was a temporary reprieve from the pious life he had chosen. Padre Xantes used a special spoon to open his daily soft-boiled egg, “...taking great pains, for the egg was so little cooked that its white was scarcely clouded.”

Carefully with his tongue, Padre Xantes would work the flaccid sphere to the back of his mouth, and then try

to relax for a moment, “until, unable to restrain himself a moment longer, he clamped it savagely twixt tongue and palate, uttering as he did so a tiny squeak of pleasure; the yolk exploded in abandon, mounting deliriously toward his sinuses, then sliding past the roots of his tongue into his throat.”

The first time I read this passage I considered quitting reading fiction right there. Today, knowing what I know, how tragic it seems that Padre Xantes wasn’t stationed in the Far East.

Many Asian cultures have a way with barely cooked egg yolks, and enough tricks to keep Padre Xantes perspiring through centuries in Purgatory. Today, I will discuss how to soft-boil eggs with the brightest, most custardy, molten yolks inside, and float them in a dark umami marinade.

Fresh eggs, as usual, are preferable, but in this case they do have a liability: when boiled, they are impossible to peel. The shell breaks into little pieces that stick to the white, pulling chunks of fleshy albumen and leaving a pockmarked moonscape.

This happens because a young, muscular albumen will cling to the shell’s inner membrane, while a watery old egg, weakened by acid from dissolved carbon dioxide, has no grip. That’s why fresh egg whites, cracked into a hot pan, will hold a three-dimensional shape, while an old, watery egg will scatter in a thin film.

There is a fix for this predicament, a process in which all chicken keepers and their associates should be drilled. Literally, you drill a little hole, by twisting a thumb tack or small finish nail between your fingers (or with a real drill), into the wide end of the egg where there’s an air pocket between the shell and the sac. As long as you don’t go more than an 1/8-inch in, you won’t poke the inner membrane.

Take your newly drilled eggs, or your non-drilled old eggs (at least three weeks old), and carefully place them into a pot of boiling water for six minutes. Immediately transfer them into a bowl of ice water for five minutes. Peel them in water, carefully, as the eggs will be soft beneath the shell.

If you’ve ever had a fancy bowl of ramen soup with a half-cooked egg, that’s kind of what we are going for. The dark marinade stains the outside of the egg white, while the inner part of the white remains bright, and the yolk stays golden and gooey.

Here are my two favorite marinades:

Submerge eggs for at least six hours, in a plastic bag or cup, in your marinade of choice. Eat plain or on hot rice.

You can also gussy up your soft-boiled egg Italian style, with truffle oil and shavings of hard cheese.

Or with less flourish, Padre Xantes-style, with just a pinch of salt.