Cranberries: breaking out of the mold 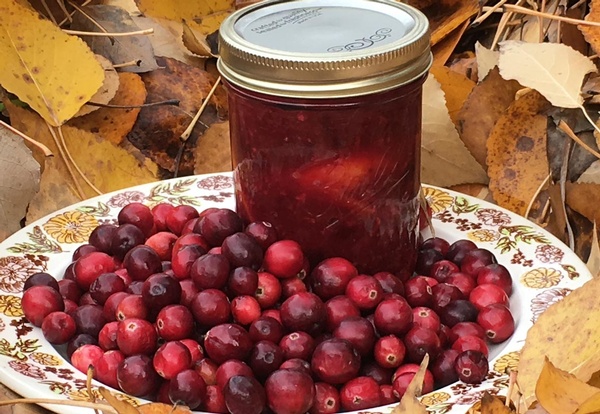 Two hundred years ago, on Cape Cod, the revolutionary war veteran Henry Hall harvested the world’s first cultivated crop of cranberries. In the preceding years, Hall had noticed that the wild cranberries in his Dennis, Mass., bog grew larger where sand had blown on them. He began transplanting cranberry seedlings into prepped beds and covering them with sand, and the North American cranberry industry was born.

At the time, the tart fruit had been wild-harvested by Native Americans for more than 12,000 years, and the Pilgrims had been making cranberry sauce for centuries before Hall’s first crop. For almost as long, we have thought cranberries prevented and even treated urinary tract infections, but they don’t, according to a growing body of research, the most recent and vigorous of which was published recently in the Journal of the American Medical Association. The good news is now that the connection between the two has been debunked, we can finally enjoy cranberry products without always dis- cussing UTIs.

Cranberries can rightfully claim to have graced the original Thanksgiving table, which can’t be said for pumpkin pie, turkey or seven-layer salad. Regardless of when turkey entered the Thanksgiving picture, the pairing of roast bird and cranberries was destiny. Turkey and cranberries make gastronomic poetry together, complementing one another like wine and cheese, as one is rich and the other piercing.

I’m going to give you two ideas for taking advantage of this harmony. One is a Chinese-style cranberry sauce with orange, ginger and garlic. In terms of difficulty, this recipe ranks somewhere between boiling water and toasting bread. But my other cranberry cooking tip is even easier: toss some cranberries in with the bird as it cooks.

The sauce recipe was born of my at- tempts to make a turkey and cranberry version of Chinese-style orange chicken. I’m happy to report that substituting turkey for chicken, and adding cranberries to Chinese orange sauce, is a winning combination.

The cranberry industry has fought at- tempts by USDA to label added sugars on foods. It argues that its product needs sweetening in order to taste good. I dis- agree. Cranberries can easily be prepared in ways that take advantage of their sour acidity, like in my lazy man’s cranberry.

The easiest way to deal with cranberries on Thanksgiving is do whatever it is that you were going to do, and add some fresh cranberries to it. Baking a bird in foil, old- school style? Add cranberries. Braising turkey in white wine with artichokes? Toss in a few handfuls. Firing up that turkey fryer? I’ve never tried it myself, but I can’t imagine that a few deep-fried cranberries, or perhaps a cranberry fritter, wouldn’t work out. Everything deep-fried works out.

I did the white wine braise the other day, using frozen turkey quarters, which I thawed overnight, browned on all sides under the broiler, then packed in a baking pot with a tight-fitting lid. I added carrots, celery, half an onion, two bay leaves, salt, garlic powder, and two cups of sauvignon blanc. After an hour at 350, I added the artichokes and a few handfuls of cranberries, which remained intact after another hour of cooking. They were juicy, tart, potent flavor bombs that infused the turkey with their intense redness as we devoured this holiday rehearsal dish.

As for the sauce, begin by washing the cranberries, picking out any bad ones or green foliage, and adding them to a thick-bottomed pot. Cut a juicy orange into quarters, and squeeze the juice into the pot. Add two of the squeezed orange quarters to the pot as well, and use the other two for zest, adding it all to the pot. Last time I made this I squeezed in a lime too, since I had one. Add a cup of water, and simmer for about 20 minutes, until the cranberries are done softly pop- ping through their skins. Stir in a tea- spoon each of minced ginger and garlic, a quarter cup of packed brown sugar, a third of a cup of rice vinegar, and three tablespoons soy sauce. Cook five more minutes and turn off.

At the risk of belaboring the point, I suggest serving the sauce with turkey.

Cranberry and turkey go together so well it’s a crime that many of us only indulge once a year. But if you’re crafty, you can enjoy it a lot more often. Step one is to take advantage of the post-Thanksgiving turkey deals, as grocery stores dump their frozen turkeys and parts. If you’ve got the space, you won’t find a cheaper and tastier form of animal protein with which to fill that freezer.

As for the cranberries, they are easier to find than ever. World demand is currently at about 9 million barrels, while supply is going to be about 13 million barrels this year. A 12-ounce bag of fresh cranberries will set you back about two bucks.

The fact that citrus is just starting to come into season makes the sauce recipe even more timely. It would pay to make enough to store some in jars, and build up a supply with which to enjoy your turkey stash. Henry Hall would be proud.