Food oasis in the concrete desert 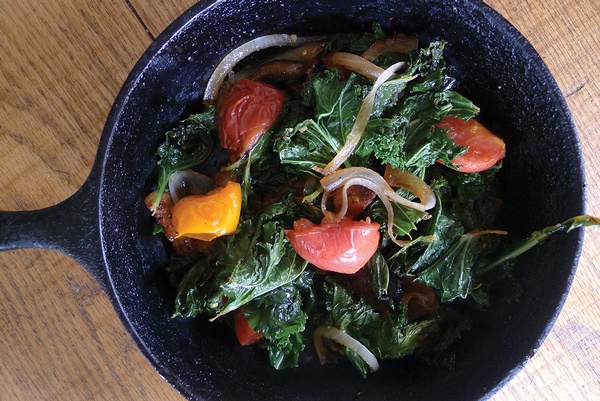 Detroit was once a thriving city, swaying to a soulful Motown beat and full of economic horsepower from the auto plants. After decades of relentless decline, almost 20 percent of the population now qualifies as food-insecure, according to Feeding America research in 2017. More than a third of Detroit lives a mile or farther from a grocery store, earning those neighborhoods the inglorious distinction of being “food deserts,” usually devoid of fresh vegetables, and fed by convenience stores, gasmstations and snacksmfrom liquor stores.

Against this backdrop, Detroit’s D-Town Farm is a food oasis. Its 7 acres produce not only food but a pathway to make the surrounding desert bloom. The farm’s parent organization, the Detroit Black Community Food Security Network, has been making change happen at the ground level in Detroit since 2006, helping to put thousands of residents to work in their own neighborhoods, turning vacant lots into gardens while lobbying the city to allow, if not encourage, urban agriculture.

In September, D-Town Farm held its annual Harvest Celebration, a two-day event where the DBCFSN community gathers to celebrate urban agriculture, food security and the fertile green cracks in this over-paved city.

I showed up about an hour before the party. I could hear the bright beats of West African djembe and dundun drums drifting from the nearby stage, as volunteers hung signs, chopped wood for an earthen pizza oven and pushed produce carts toward a farm stand. I went to a reception table in the shade of a large oak tree, where I asked for – and was directed to – Malik Yakini, who was expecting me.

“Malik is an African brother with long locks. He has a  scholarly look,” replied the volunteer, pointing toward the drum beats. I walked past long rows of onions, squash, beans and kale, past a windmill and a small pond, and followed a path into a grove where I found Yakini. Grey-bearded and bespectacled, he was wearing a green shirt with a pattern that resembled dancing bike chain links. We ambled toward the drums.

In the 1970s, while at Eastern Michigan University, Yakini started a food-buying club. He didn’t consider himself a food activist but rather a black empowerment activist. After a career as a teacher and school principal, Yakini started DBCFSN, which aims to keep the means of food production and distribution in the hands of the community.

“We grow about 36 different crops over the course of the year,” Yakini explained, in between hugs with a sister in a yellow shirt that said “Register to Vote With Me” and an academic Caucasian brother from out of town. “Solar energy station. Beekeeping. Composting. Rainwater collecting. Children’s area. This party is the culmination of our year. We are expecting 500 to 1,000 people to come celebrate and get exposed to urban agriculture and fresh food.”

At a brochure-laden table, Yakini introduced me to Peggy Harp. She told me about the planned building that will house a food co-op, community space and stainless steel kitchen space, where fledgling food start-ups can safely prepare food for legal sale.

“There are so many people making great food in Detroit. But if you want to sell it, you can’t be cooking out of your kitchen,” Harp said. “We are at around 400 member owners and need to get to 1,000. That would show our investors and the community that there is support behind this project and that it will be a viable grocery store.”

When complete, the 34,000-square-foot structure would represent the linchpin between food production and distribution, and the manifestation of the cooperative economic principles Yakini has been working toward for decades.

When I turned around, Yakini had settled into a folding chair in front of the stage, where the drums had switched from casual, lilting groove to a crisp barrage of djembe notes, a call to order. I had a plane to catch, so I said goodbye. As I left, a woman in a headscarf opened the festivities with prayers to far-flung ancestors. Each called-out line ended with the response of “ase” (“ah-shay”) from the crowd, a West African word that translates loosely as “the power to make change happen.”

After I left, Yakini emailed me a recipe from the old days, when Detroit’s population was double what it is today; when Yakini was eating kale, long before it was cool.

The name, Kings’ and Queens’ Kale, is from “... a couple decades ago as part of the effort of ‘conscious’ black people to reframe how we see ourselves. I no longer use that terminology, but the recipe was already named.”

The dish contains tomatoes, onions and kale, a lovely combination. The tomatoes and onions simmer down into a tart sauce that flavors the kale. Any amount of kale added to this pan, it seems, will cook down into a manageable portion and quickly get eaten. I like to use a pile of this kale as a substrate beneath a big greasy breakfast of bacon, eggs and cheese, in place of toast.

The recipe calls for Spike, a seasoning powder. If Spike isn’t in your pantry, you can replace it with normal salt. It calls for Bragg Liquid Aminos, another obscure grocery item, but you can use soy sauce.

Add chopped kale and thoroughly mix with onions and tomatoes. Season to taste with cayenne, Spike and Bragg’s. Saute? for 5 - 7 minutes, until kale is tender but still light green.