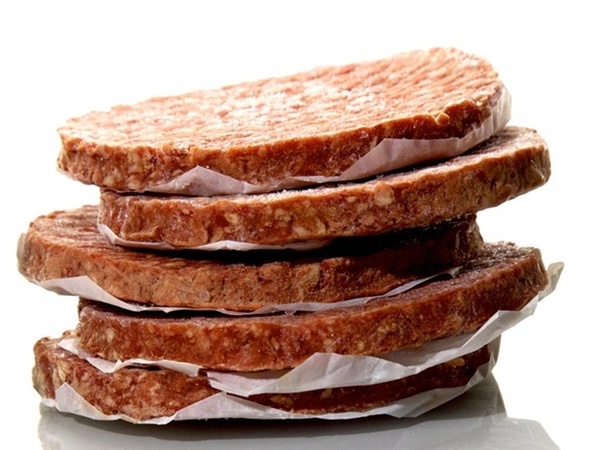 Unfortunately, McDonald’s and Wendy’s are beefing on Twitter over who’s hamburger patties are fresher.
On March 30, McDonalds tweeted: “Today we’ve announced that by mid-2018, all Quarter Pounder burgers at the majority of our restaurants will be cooked with fresh beef.”

Wendy’s, which has been playing the “Always fresh, never frozen” card for the last 10 years, responded to the incursion: “@McDonalds So you’ll still use frozen beef in MOST of your burgers in ALL of your restaurants? Asking for a friend.”

Follow-up tweets from Wendy’s were equally giddy, and understandably so. McDonalds is failing on day one at invading Wendy’s fresh burger space, and Wendy’s is owning McDonalds on Twitter in the process.

Best of all, McDonalds’ designs on the fresh burger meat market will help legitimize the absurd idea that fresh hamburger meat is in any way better than frozen.

The fresh-is-best message is an attempt to exploit the kind of people who want to eat healthy at a fast food restaurant. McDonalds’ recent salad was a huge failure, because people go there for burgers. With a focus on fresh, they can insert the perceived health and quality benefits into that disc of mangled flesh, and fry it up!

In reality, frozen hamburger meat, properly thawed, tastes as good as fresh hamburger meat. It isn’t like Wendy’s is serving your burger medium rare, but even if it did, it wouldn’t matter.

Meanwhile, fresh meat is not intrinsically healthier or safer than frozen. In fact, the opposite is more likely true.

The essential problem with raw meat is that it is always going bad. In other words, meat that is not attached to a living organism or preserved in some way, is rotting. This creates conditions for a conflict of interest over what to do with meat that’s close to the edge of its shelf-life. In a fresh-is-best world, some manager, somewhere, is going to push their luck on some meat that isn’t quite so fresh. Best case scenario, of course, is they throw away the old meat, which goes to waste. And then there are preservatives, to keep the fresh meat fresher. Wendy’s doesn’t use them, but others might.

When I walk by the fresh meat section in the store, I’m like “hmmm ... that’s ... interesting. I wonder how long that has been sitting around.”

I’ve got a freezer full of deer and elk meat, so luckily I don’t have to roll those dice very often. But when I do buy meat at the store, I look for frozen options, which are often cheaper. (You want to be able to see the contents, and evaluate how well it’s been sealed.)

A regional meat manager at Whole Foods once told me that his job would be a lot easier, and a lot of problems would be solved, if his customers could get over their fixation on fresh meat.

But the public is more interested in watching Wendy’s beat up on McDonalds on Twitter, like rival armies fighting over a treasure that is actually a bunch of spoiled meat. Yet people walk away from the spectacle thinking fresh meat is better.

Ironically, frozen burger is often nutritionally superior than fresh. Scott Barger, who raises grass-fed beef for Mannix Bros Ranch in Montana, told me the best quality meat comes from cattle that were slaughtered in mid-summer, because that’s when feed quality is at its highest. Then it’s frozen.

“This would offer our customers the most healthy product, from a nutritional standpoint, because of the high omega-3’s, the conjugated linoleic acids, and other benefits of grass beef that come from our animals eating a living product. When you remove those animals from eating live feed and put them on a stored feed ration, those nutritional levels in the meat go down.”

Ask any hunter, assuming he or she knows how to properly wrap their meat, how bad the burger is when its four months old. They will laugh. Ask if any are disappointed in finding a piece of year-old elk backstrap (aka rib eye) in the freezer. They won’t be.

It isn’t some closely guarded secret that there is nothing wrong with frozen meat. But momentum of beliefs is a powerful thing.

If you want to cook with frozen hamburger meat, you need about an hour lead time. That is the entirety of the inconvenience that using frozen burger will cause you.

You don’t want to thaw it in the microwave, or in water that is so hot it cooks the meat. Just submerge it in a bowl of cold water. If the frozen meat makes the water too cold, change it.

When the meat is soft, make your burger. Don’t over-think it. Unlike Wendy’s, you can make yours a little red inside, knowing that it hasn’t been sitting around raw for days or weeks.

If burger patties are not in the cards, often times you can also just throw the frozen chunk of burger on a pan with oil, or under the broiler without oil. For dishes like soup or stew or meat sauce, a pan thaw or broiler thaw works fine. Depending on the cut, you have to stir it a lot, maybe hack at it with a cleaver. Don’t burn yourself. And next time, try to remember to take it out of the freezer ahead of time.

Top quality meat can be frozen as well, with all of the advantages, and none of the supposed downsides, that frozen burger meat has with respect to fresh. The only difference is that with a nice expensive cut like steak, you’ll want to thaw it overnight in the fridge.

Then, proceed as if you were using fresh meat, because you are. Fresh meat that was kept fresher.