Getting out of a pickle 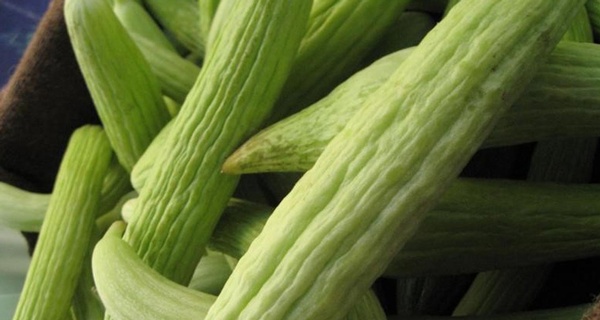 The expression “cool as a cucumber” had no choice but to exist. The cooler the better, in fact. But even a warm cucumber, freshly picked, can be gloriously refreshing in the middle of a hot field. The impossibility of a cucumber gathering that amount of water and stashing it is as cool as the hydration itself.

People make a big deal about the different kinds of tomatoes they can buy during tomato season, but the same can be said for cucumbers. The differences are more subtle, but no less enjoyable. Variations in flavor, water content, crispness and how it explodes in your mouth all add up to myriad gastronomic experiences. And unlike tomatoes, which would give me heartburn, I can eat cucumbers all day. A tall, crunchy drink of water that’s loaded with vitamins is always welcome.

It’s no surprise cucumbers are considered a physiologically “cooling” food in the Aryuvedic medical philosophy of India, where the plant is thought to have first been cultivated. One sure-fire way to be cooled by a cucumber is to cool your cucumbers first. With all due respect to the quenching you can get from a warm cucumber in the middle of a hot, dry field, there isn’t a finer thing to do than stand in the sun and eat a crispy, juicy cucumber straight out of the fridge.

Pharmacological researchers have zeroed in on several chemical compounds found in cucumbers that have potential medical benefits. Many of these are found in cucumber seed extract, but interesting compounds have been isolated from the peels as well. And from the blossom end of the cucumber, also known as the bitter end, Cucurbitacin C has emerged as a molecule of interest.

It’s the very bitter flavor you sometimes taste at one end of the cucumber. The blossom end is a toxin created by the plant to ward off predators like spider mites.

Chemically, Cucurbitacin C is a steroid molecule (though it isn’t currently banned by any sports leagues, so it must not be much good in that department). Nobody has gotten sick from too many cucumbers, but there have been cases of toxicity resulting from bitter melon, a relative of cucumber, and from eating un-intended hybrid cucumbers, zucchini, squash, melon or other members of the same family that have cross-pollinated and volunteered in the compost pile or some other unexpected place.

Meanwhile, Cucurbitacin C is under investigation for potential pharmacological benefits and is showing promise in many arenas, including anti-tumor, anti-diabetic, anti-atherosclerotic, and anti-inflammatory activity. Likewise, the cosmetics industry has latched onto several molecules in cucumber seeds, promoting their ability to hydrate, elasticize and, you guessed it, cool and calm the skin.

Now is peak cucumber appreciation season at the farmers market. Last week, I brought home five different varieties from three different vendors, and let the comparisons begin. The highlight was the “Chinese cucumbers,” sold to me by the Russian babushkas in an uncharacteristic show of diversity; usually they sell the same gherkin pickling cukes that all the other Russians sell. The Chinese cucumbers have thin, spikey skins like pickling cukes, a sharp crisp and explosive water content.

And don’t let the title “pickling” fool you when you want to eat a fresh cucumber. My wife (the vegetable whisperer) prefers the pickling variety of cucumbers to slicers, at least for raw use. For what it’s worth, I agree. If

pickles are on your agenda, however, you should actually stick to pickling cucumbers. I’ve never seen anybody pull off a decent pickle with slicers.

Another great cucumber is the Armenian, which is as delicious as it is enormous. And some of the plane-Jane looking normal slicing cucumbers these days can surprise you.

As for preparation, there are all kinds of lovely recipes for fresh cucumbers, but if your goal is to compare and contrast, munching them straight out of the fridge is the way to go. It’s also a very enjoyable and refreshing thing to do.

But if that’s too much chewing, I suggest putting your cukes in a Vitamix or similar high-speed blender with some ice cubes and whipping up some of this cool elixir.

2 medium cukes
4-8 ice cubes
1/4 lime
4 mint leaves
Slice the blossom ends of both cucumbers. If you can’t tell which end is which, slice them both off and nibble each end. Then you will know. If you want to remove any bitterness, rub the cut face of the bitter end with the cut face of the nonbitter end. Rub in a circular pattern, which will extract a bitter, milky substance that you can wipe off. Cut the remaining cucumber sections into three or four pieces each, and put them in the blender with the ice cubes and lime juice.

Blend, starting low until it’s a chunky slurry, then turn the blender up to high. If it’s too slushy for your taste, add water. If it’s too bitter, add sweetener or fruit, and blend again.

Sipping on this milky, foamy treat is refreshing and satisfying on so many levels and is a delightful way to pass the afternoon, while loading up on vitamins and fiber. And, depending on the hour, these flavors go very well with gin. I can slip about half a shot into a glass of cucumber smoothie and barely taste a thing. And if I turn it up from there, the gin flavor creates a lovely cocktail.

Detoxification and intoxication are complex phenomena that are often dependent on the dosage. One can do worse than explore these realms with cucumber in hand and mouth.