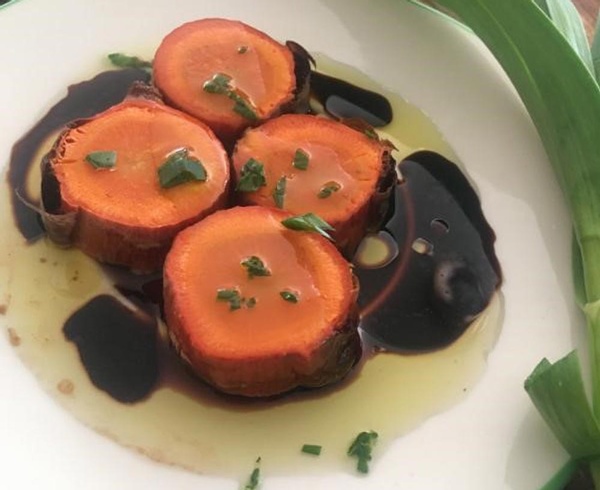 It’s one thing to know salt makes food taste better. It’s another to understand that every single bite of food, from oatmeal to steak Oscar, is a culinary opportunity to be optimized with the right amount of salt. There isn’t really any other food or flavor enhancer about which you
could say that.

Which isn’t to say that salt must always be added, because some food contains its own. But in the absence of salt, food would be relatively bland. Salt doesn’t as much change or add flavor as make food taste more like itself. A tomato tastes more vivid. Corn is not only sweeter but more complex. Meat tastes not only richer but juicier.

When all you can taste is salt, on the other hand, some- thing is wrong. Too much salt can obscure the flavor of the food. In the case of ingredients that are, in one way or another, inadequate, salt can help pick up the slack.

Restaurant and processed foods are usually salted to the hilt, but all too often, home- cooked meals end up under- salted. This is not just a rookie move. Experienced cooks are guilty of this. I’ve been scolded for it myself, in fact, more times than I should admit in public.

As with most primary flavors, like acid, umami, sour or bitter, I’m usually looking to layer my salts in various forms, using the likes of capers, cheese, anchovies or soy or fish sauce, to name a few. These add a wealth of flavors in addition to that salty sodium.

I’m fortunate enough not to have high blood pressure, so my thoughts on salt are all about flavor, taste and culinary success. For those with healthy blood pressure, evidence is mounting that there is no correlation between sodium intake and cardiovascular disease or stroke. This case has been pretty solid since about 2011 and support for it keeps growing. Nonetheless, organizations like the American Heart Association and the American Stroke Association are still pushing for lower salt intake across the entire population.

Meanwhile, some recent studies have presented compelling evidence that other fundamental assumptions about salt are wrong as well. A team of cosmonauts were kept in isolation to simulate long-distance space travel, and their sodium intakes were monitored, as were their urine and blood sodium levels, as reported by the New York Times. To the re- searchers’ surprise, eating more salt made the cosmonauts less thirsty. They also ate more food under a high- salt diet, assuming that more was available. And if more food wasn’t available they complained and lost weight.

It was expected that more dietary salt would compel the cosmonauts to drink more water, in order to dilute the extra salt and stabilize their salt levels. But instead the crew drank less water. But without the extra water, their blood sodium levels remained steady.

The researchers, based in the U.S., Germany and Russia, eventually realized that the cosmonauts were diluting the extra sodium by producing their own water by burning fat. The process is identical to what a camel does in the absence of

drinking water; its hump is full of fat, which is broken down to water when the animal is dehydrated. The cosmonaut study was followed up by a mouse study that found mice on a high-salt diet had to eat 25 percent more to maintain their weight.

While this study didn’t investigate whether we eat too much salt, the evidence does continue to grow that people without high blood pressure don’t need to watch their salt intake and can season as they wish.

In honor of liberation from salt-fearing ideology (for those with healthy blood pressure, anyway), here is a recipe for baking things with a salt crust. It’s based on a technique

I learned by studying the work of Alain Ducasse, the French chef who famously abandoned animal-based cuisine in favor of cuisine vegetal. Ducasse once enclosed a beet within a pyramid of sea salt and baked it. When the beet was done, it was extracted from the rock-hard salt with a hammer.

It isn’t necessary to build a replica of one of the seven wonders of the world. I like to salt-coat and bake medium- to-large vegetables like potatoes and carrots as well.

But I am a bit spooked by sea salt these days, however, thanks to a recent report that found 15 of 16 samples of sea salt collected around the world were contaminated with microplastic residue from trash floating in the ocean. The only type of sea salt that’s guaranteed to be free of such residue would be salt that is mined from ancient sea beds, like the Real Salt brand mined in Utah. Kosher salt works just as well in this dish, too.

Mix a half-cup of salt with a splash of water, just enough so that you can mix it into the consistency of a snowball. Place a potato or carrot or beet onto a baking dish and pack the salt atop and around it. Bake at an appropriate time and temp for the veggie in question. For a large potato, an hour at 300 should do. Forty-five minutes for a beet, a half-hour for a carrot. Let the dish cool before extracting the veggie from the rock-hard coating.

The potato can be served with typical potato fixings like butter, bacon or chives, if you wish. But first, take a taste of just plain potato. The salt will have permeated the flesh, accentuating its potato-ey essence and then stepped aside so as not to hug the spotlight. Salted, not salty, the baked potato is quietly elevated to something wonderful.

For the carrot, coat and bake for about 45 minutes. Remove from the salt crust, slice and serve with balsamic vinegar and a drizzle of olive oil. The skin, salty and cooked bitter, provides a nice contrast to the sweet juicy soft flesh, while the balsamic adds its own sharp, fruity sweetness.

Serve the beet with balsamic as well, after busting it from its shell and slicing.

It’s a fun technique but kind of a waste of salt, though it doesn’t have to be. Simply take the rock-hard salt crust from your baked, salted veggie and put it in a mortar and pestle, where it can easily be pounded into salt again.

The other day I used some reclaimed salt to coat a big chunk of elk, poking a hole in the crust with a meat thermometer so as not to overcook it. When done, I brushed off the salt, sliced medium rare slices, and drizzled in XVOO.

As I ate, I marveled at the fact that I could eat so much salt and not feel the least bit salty. The mysteries of salt are indeed bottomless.