Getting salty
Breaking down the latest foodie craze grain by grain 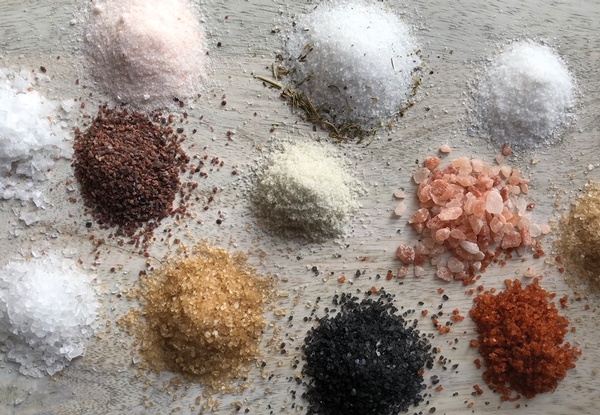 The salt craze has gotten to the point of the absurd: someone has started a salt-of-the-month club on the internet; and you can now buy salt made by human tears (cry me a river). Today, salt has its own voice, its own character and it seems its own sense of virtue. Salt as the new culinary darling may seem new, but its stature as the most powerful food enhancer on the planet is ancient.

Who discovered salt, or gold or iron for that matter? No one can say. Though China was the first to document salt, every culture has been using it for at least 12,000 years. And animals knew of salt before man. Salt is the most universal of ingredients; it’s a nutritional necessity. We literally can’t live without it. Nor would we want to.

We like salt. We like it A LOT. But why? Salt reduces bitter flavors, which allows aromas and taste to shine through. But the term “salt to taste” is not the same for everyone. It can be thought of as an art.

According to celebrity chef Thomas Keller, of French Laundry fame, the ability to salt food properly is the single-most important skill in cooking. Too little will render a dish joyless, but too much exhausts the taste buds. With so much in balance, it’s critical to understand the different varieties of salt, and just as importantly, when to use them.

Table salt’s the cheap stuff. Highly processed, it comes primarily from shallow bodies of sea or mineral waters. Sea salt is a little fancy. It’s produced through evaporation of ocean water usually with little processing. They’re both virtually 100 percent pure NaCI (sodium chloride) with a few trace elements. In the case of table salt, the elements are called additives, some to prevent caking, hence the old Morton slogan: “When it rains, it pours.”

Our foodie pals have largely replaced free-flowing, iodized table salt with the unrefined and all-natural (expensive) salt from the sea. So much so that the simple salt shaker seems a thing of the past (with its ancient grains of rice). But let’s not get too carried away. Table salt still has its purpose. Use it to quickly dissolve and distribute: It’s handy for pasta water, to make a brine, flavor soup, stew and braises, or clean garlicky hands. Table salt is also the best for baking and those cherished older recipes that assume it.

Kosher salt is the undisputed champion of sodium versatility. It’s great for all cooking. Considered the purest of salts, chefs prize the crystals because of their texture; their roughness makes it easy to master the three-finger pinch (which translates to about half a teaspoon). Try Diamond Crystal brand of kosher salt, if you don’t mind a few clumps. It has no anti-caking agents which can leave a chemical aftertaste. It’s flakier than Morton’s which makes it even more pleasant to crush by hand.

Most sea salts, otherwise known as serving or finishing salts, are made in a traditional, non-mechanized way, and in a very particular environment. They have a special crunch, color and flavor that would be lost if you just tossed them into the general cooking process. They should play off your food to create more flavor, better texture and new beauty.

Salting early and often buries the virtues of salt in the dish. Especially for the sodium-wary, this approach as a finishing agent makes sense. Sprinkled at the end, salt raises flavor, adds a melody, a playful crackle. The conversation has changed from how much salt to use to what works best where. It’s a game changer – a new way of dressing food (move over flavored oils) and your new secret ingredient! If I had to name only two, Maldon Sea Salt from England’s Essex Coast, and Fleur de Sel, hand-harvested mostly in the coastal salt ponds of France, stand alone. They’re both a textural trip on the palate.

White-white, the giant pyramid-shaped flakes of the English sea provide a satisfying crispy crunch. It’s a salty snack on its own and is recognized as a chef favorite (they appreciate the variety of its coarseness). Use it on simple foods, like steamed vegetables or salads. The relatively large surface area of the flakes makes it a perfect visual companion. It also brings a complexity to shellfish.

The special thing about Fleur de Sel is its melty-ness. Because it has more moisture than other salts, the smaller bits melt slowly on your tongue. Gray in color, the salty-sweet craze put this salt on the map. It not only enhances the flavor of ingredients like caramel and chocolate, it inspires a chemical reaction in our bodies.

Sun, wind, time. Sea salt blooms like a flower on the surface of water. Paludiers (salt farmers) devote their life to capturing this perfection. But for how long?

The Bible refers to the “Salt of the Earth,” which can be inferred to mean the preservers of Earth. Protectors of the planet. If that’s the case, then we had better mind our salts. (Because we’re doing a rotten job.) 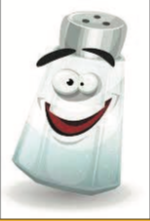 Flavored salts infuse deep flavors and lovely colors to everything they touch. To
make: combine 1/4 cup of coarse sea salt to one teaspoon of ingredient. Run through a coffee grinder for extra intensity.