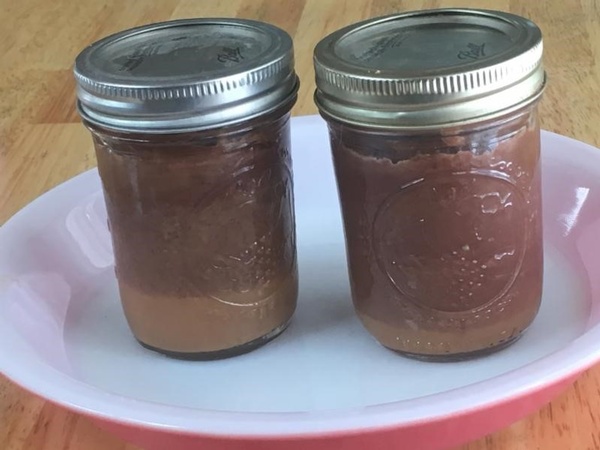 This is the time of year when we eat even more chocolate than usual. In winter, we drink hot cocoa by the gallon and around Valentine’s Day, Americans consume 58 million pounds of bitter-sweet darkness – about 5 percent of U.S. annual chocolate consumption.

Credit for the connection between Valentine’s Day and chocolate belongs to a 1907 marketing campaign created by Hershey’s, the goal of which was to market its newly minted Hershey’s Kiss.

The Hershey’s Kiss turned out to be one of the most successful and profitable ways yet to make use of cocoa butter, which was, for a time, a byproduct of processing cocoa powder.

Cocoa powder was used in the creation of drinking chocolate, which in Europe once enjoyed a period of massive popularity that eclipses even today’s wintertime obsession with hot cocoa. In the 1600s, the number of chocolate houses on the streets of London rivaled those of its coffee houses. But it wasn’t until 1861 that British chocolatier Richard Cadbury finally found a home for all that excess cocoa butter, in the form of “eating chocolates.” And chocolate, as we know it, was born.

Today, many enthusiasts consider eating chocolates a superior form to drinkable cocoa. Chocolatier Jason Willenbrock, of Posh Chocolat in Missoula, Mont., for one, is firmly in the camp that cocoa powder is a byproduct of cocoa butter production.

Eating chocolate (especially his), is the highest known use of the cacao bean, in his unbiased estimation. Willenbrock’s artisan truffles are, admittedly, magnificent, with flavors ranging from traditional, like dark or mocha, to the whimsical, like coconut curry, lavender honeycomb, and aged balsamic and strawberry. I’m normally the kind of guy who doesn’t even want nuts in my chocolate, much less fruit or spices. But Willenbrock’s combinations certainly work, and he obviously has talent, which is why I sought him out, despite our many differences.

Indeed, Posh Chocolat hardly sounds like the name of a place that aims for the business of lowbaggers like myself, even on a normal day. And on this day, I had arrived to pick Willenbrock’s brain on a pursuit that could not be more opposite than his, in both theory and practice.

I was exploring the creation of homemade chocolate paste – the easier, cheaper and less fancy the better. And I sought to do this with cocoa powder, no less. I was aiming more toward the lowest possible use of the cacao bean, rather than the highest, because if the ingredients are good, even the simplest of recipes can be satisfying. Especially if they contain chocolate.

My journey of chocolate hacking began with a late-night need for edible chocolate. Suffice to say, I did not have any Hershey’s Kisses, a good thing, as I probably would have eaten them, it being so necessary at the time. And then I would not have enjoyed the invention mothered by this necessity.

As it was, having neither Kisses, bars, ice cream or candy made of chocolate, I invented smearable chocolate paste, a magical substance that turns things into chocolate.

This paste is made of three ingredients: cocoa powder, sweetener and heavy cream. First, mix the chocolate and sweetener at three units to one, chocolate to sweet. Ideally, the sweet would be sugar syrup or agave syrup, or brown or powdered sugar. Table sugar will stay crunchy and not dissolve.

Then add a touch of cream, stir it in, and add a little more. If you dump a bunch of cream on top of the cocoa, or vice-versa, it will result in a lumpy mess that will not be stirred together. So pour in the cream a little pour at a time, stirring until it becomes a smooth, glistening brown paste that’s almost as stiff as creamy peanut butter. If it isn’t sweet enough, add more sweet. If it isn’t creamy enough or too stiff, add more cream (but not so much that it gets soggy). If you want more chocolate, add it.

Chocolate paste is simple, cheap and immediate, and will hit the chocolate button squarely in your mouth and heart. You can eat it with a spoon, smear it on bread, or get all kinky with it in honor of Valentine’s Day if that’s your thang. And it’s infinitely customizable. A few drops of vanilla, a teaspoon of powdered milk or coconut flour, a substitution of coconut cream for heavy cream.

In recent years, large chocolate companies like Hershey’s and Nestle have been outed as benefitting from a system of child slave labor, with kidnapped children being forced to work on isolated farms. In Africa’s Ivory Coast alone, some 200,000 children are at work in the cocoa plantations, according to CNN. Last April, a legal bid to force Nestle and Hershey’s to disclose that they use slave labor on their labels failed in court. But the fact that it happens is not in dispute.

Thus, I make a point of using cocoa powder made from fair trade cocoa beans. It’s more expensive than Hershey’s, but then, I’m hacking, so the price is still next to nothing compared to what I’d pay for fancy-pants chocolates like Willenbrock’s.

“It isn’t chocolate without cocoa butter,” Willenbrock proclaimed, with mellow defiance, as we munched on crispy sheets of byproduct from the rendering of bacon grease for his popular bacon caramel.

I begged to differ with his assessment, and made some paste.

“It tastes like extra-thick drinking chocolate,” he said with a shrug. Though he allowed a discernible particle of respect, too. “Back in college,” he reminisced, “we used to make hack whiskey by soaking oak chips in vodka. It wasn’t bad.”

Whether or not I had his respect, I knew that Willenbrock would have some pointers in my pursuit of chocolate hackiness. He did not disappoint.

After thinking for a moment, he uttered three words: Sweetened. Condensed. Milk.

Beyond using it for my paste, Willenbrock mused there might be opportunity to use that trick where you boil or pressure-cook a can of sweetened condensed milk until it turns into the caramel-like dulce de leche.

He also suggested playing around with baking chocolate in my hacks. It would have cocoa butter, which would by definition make it better. And he encouraged even more creativity than I’d advocated. Some garam masala spice mix, perhaps, or the tiniest drop of lavender oil.

But really, he had me at sweetened condensed milk. I bought a few cans, took out my Instant Pot electric pressure cooker, and continued my research, invigorated. The path wasn’t straight. There were dead ends. But I ended up in a very good place. Here is how to get there:

Take one can of sweetened condensed milk. Pour it into two Mason-style 8-ounce jars.

For the cocoa version, stir in two heaping tablespoons of powder until it’s basically a two-ingredient paste. Fill the jar the rest of the way with (drinkable) coffee. Secure lids.

Or if you want to take a more Willenbrock-esque path, mince two squares of baking chocolate. Stir in the pieces, and fill the jar the rest of the way with coffee.

Pressure-cook jars for 30 minutes, or simmer them for 2-3 hours. Put a rag on the bottom of the pot so the glass jars don’t rattle and break.

The version with cocoa powder, coffee and condensed milk turned into something of a two-layered pot-de-cre?me. The top layer was cheesecake brownie, thick and moist. Below, dulce de leche.

When I removed the jar with baking chocolate from the hot water, I noticed that it had failed to stay mixed. So, using oven pads on the still-hot jar, I unscrewed the lid and gave it a good stir. The result: dulce de leche, with floating confetti-sized bits of un-mixed chocolate that you can’t in the least bit tell are not sweetened.

Both versions: mind-bogglingly awesome and extra decadent. When still hot and molten, it’s virtually impossible to not burn one’s tongue.

I’m sitting here with both jars in front of me – not for the first time – and I still can’t decide which I like more. As for the garam masala and lavender oil, I’ll have to leave that to the experts. When it comes to chocolate, I’m a simple guy.