Going on a blender bender 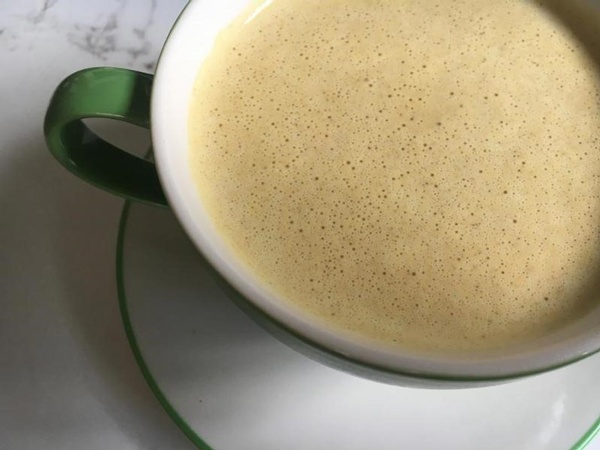 In preparation for summer, I purchased a high-speed blender. Green smoothies was the stated goal, and soon enough, the summer will bring multitudes of harvest goodness that my blender will help me sip through a straw. But now, at the start of the growing season, that machine seems like overkill. The greens of spring are tender. Even curly kale, which can usually double as a greenish steel wool, crunches delicately. But my Vitamix is hardly gathering dust. It’s grinding nuts. And water. And spices, thanks to nut milk rampage that has
been all kinds of niceness.

There’s currently heated debate over whether plant-based beverages like soy or almond milk can be advertised
as “milk,” which is legally defined by the FDA as material from the glands of lactating mammals. The dairy industry wants the FDA to enforce that definition, hoping it will help its fortunes. But what-ever term is ultimately applied, these plant-based beverages do a lot of what milk does, and are growing in popularity for a variety of reasons.

Homemade nut milks are spectacular. Properly made, they are superior to store bought on every metric, including flavor, texture, all around milkiness, and even cost. And they don’t take long to prepare.

The blender doesn’t have to be a Vitamix like mine. But it must be a high-speed unit. The Blendtec does a good job. The Ninja does too, though it’s harder to clean. I really like the speed control of the Vitamix, being a dial rather than buttons. It’s akin to the difference between driving stick vs. automatic, or cooking on gas vs. electric. But the point is: a regular blender won’t cut it. Which is all my way of saying: a good blender is worth the investment.

The other thing you need is a food-grade cloth strainer. I have an official nut milk bag which was made for this purpose and purchased at the local hippy food store. It’s for straining out the skins and fibers and other grainy interruptions to the milky experience.

And of course you need nuts. Raw and unsalted. My four favorites are almonds, hazelnuts, coconut and cashew, which isn’t technically a nut.

Each of these nut milks has its strengths. If you can find almonds that haven’t been steamed or irradiated, you can get them to sprout before making the almond milk, which is fun. Fresh, sprouted almond milk has the most aromatic flavor of any nut milk except perhaps coconut. Hazelnut

milks are creamy with a slightly bitter flavor that blends well with chocolate. Cashew milk is the silkiest, while coconut milk has actual fat that you can skim.

Something else to consider is waste. Both almonds and coconut milk involve filtering out of a lot of material, while cashew and hazelnuts produce almost none.

To make a batch of nut milk, soak a cup of nuts in a quart of water. Almonds can soak for a few days to sprout them (changing the water every six hours), while other

nuts can soak for about four hours to overnight. Put the soaked nuts in a high-speed blender with about six ice cubes and 3-6 cups of water, depending on how thick or thin you want it to be. Start on low speed, and raise the speed incrementally until it’s going full blast. Let it go on high for about 30 seconds, and turn off. Pour it into your nut milk bag or whatever system you have, and filter out the solids.

That’s it. You can lightly season with sweetener, a pinch of salt, a drop of vanilla. Start light, and explore the possibilities. My own explorations led me into the fragrant arms of golden milk, an Ayurvedic (ancient Indian) beverage that is having a moment, riding a wave of popularity around the internet and groovy cafes near you.

A milk-based drink with turmeric, ginger, black pepper and other spices, the flavor is a bit reminiscent of chai tea, and each cook will have a different formulation. It can be served hot or cold, mild or spicy, raspy or smooth.

My approach to golden milk is an attempt to recreate the golden milk that I had at Kissed By The Sun, a juice bar in Hilo, Hawaii. It was cashew-based, served cold, was not rip-your-face-off spicy but smooth and buttery, like an afternoon nap in the shade. They wouldn’t tell me how they make it, and I don’t blame them. But I think I’ve come pretty close.

Process: Add the dates, turmeric, ginger & spices to the blender, along with six ice cubes. Drain the cashews & pour on top with some fresh water. Grind, filter. Serve chilled.

The spices and dates can be blended by themselves, without ice cubes, water or cashews, and kept as a sweet spicy paste that can be added to milk, or used as a chutney.

The filtered golden milk is magnificent as is; a lush and spicy eggnog. It can also be combined with more ingredients to go even different places. Blending with avocado adds a stupendous body to the golden milk, such that a spoon may be required. Golden milk is great with coffee, too, but I wouldn’t go adding it to your morning coffee. As a general rule, plant milks fall short when it comes to doctoring coffee, but a shot or two of strong coffee in your golden milk fits in really well. As for doctoring up that morning coffee, I’m gonna have to stick with bovine mammary secretions.